Rustom: 7 things you need to know about the real-life story which inspired Akshay Kumar’s patriotic flick!

New Delhi: Akshay Kumar’s upcoming movie ‘Rustom’ is creating a lot of noise these days. The trailer of the movie, which was released today, has been well received by the audiences.

While the dashing look of Akki as naval officer Rustam Pavri caught a lot of attention, the colourful plot of the movie packed with suspense and thriller took the curiosity level among fans to a new height.

The movie, which inflicts patriotism, is largely inspired from the famous 1959 case of KM Nanavati vs. State of Maharashtra that has changed the face of the Indian judicial system.

‘Rustom’ is slated to release on August 12. But before that here’s take a look at the real life story.

What is Nanavati Case?

On the fateful night of April 29, 1959, K.M. Nanavati shot three bullets from point blank range on Prem Ahuja with his service revolver. Nanavati’s wife Sylvia had an affair with Prem and on finding the truth, went straight to Prem’s house to murder him. It was suggested that Prem had just left the shower when Nanavati confronted him.

The case was extensively covered by media especially by magazine Blitz and it is also touted to be one of the first cases of ‘media trial’ in India. 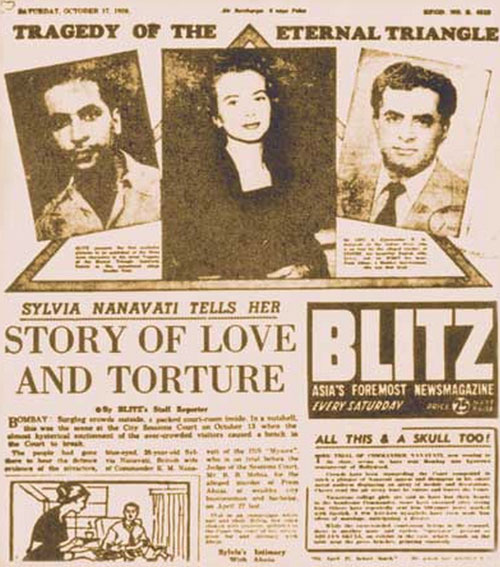 Charged under section 302 of the Indian Penal Code, Nanavati was first acquitted of all charges by the session’s court. But, the Bombay High Court later dismissed the verdict and transferred the case for bench trail.

Rustom trailer out: Akshay Kumar brings back patriotism, but with a twist

Who are Nanavati and Sylvia?

Nanavati was a parsi man who married English-born Sylvia in the year 1931. The couple had two sons and a daughter and they were settled in Mumbai. Nanavati’s job demanded him to be away from home most of the time, which allegedly gave the window to Sylvia to have an extra marital relationship with friend Prem Bhagwandas Ahuja.

Prem had promised to marry Sylvia but later she discovered that he was involved with other women too.

Nanavati returned from the naval assignment he found Sylvia little depressed. When he asked the reason, Sylvia confessed about her intimate relationship with Prem. Saddened with the confession, Nanvati dropped Sylvia and their two children to a Cinema House and went straight to Prem’s residence. He confronted him there and questioned him if he intended to marry Sylvia.

To which Prem replied “Will I marry every woman I sleep with?” On hearing his Nanavati killed him firing three shots, says court records.

The main argument in the court was whether Nanvati shot dead Prem in the heat of the moment or was it a planned murder. Nanvati pleased not guilty in the court. His lawyers persuaded that it was culpable homicide while the prosecution argued it was premeditated murder.

Bombay session court pronounced him not guilty and acquitted him from all the charges, since he was a patriot who served the country, had no criminal background and he willingly surrendered to the police.

However, later Bombay High Court accepted the prosecution’s version that it was a premeditated murder and sentenced him for life time imprisonment.

Twist in the case:

Nanavati, despite being declared guilty by the court, garnered huge support from the public, Parsi community and Indian Navy. Media too played a role in creating a positive image for Nanavati. 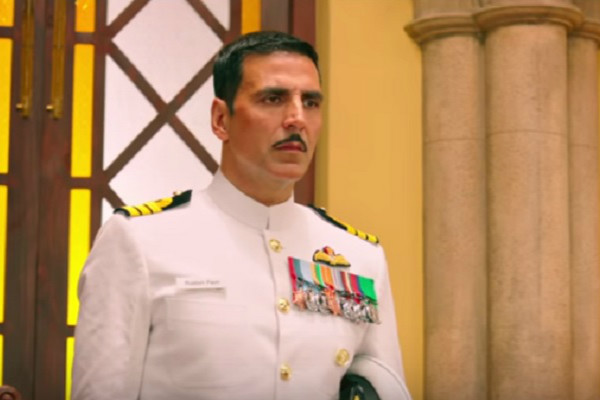 Rallies were held demanding release of Nanvati. Moreover, Prem’s sister was compelled to forgive Nanavati. She gave the pardon in writing following which Nanavati was released from jail after three years.

Where is Nanavati at present?

Post his release, Nanavati shifted to Canada with his wife Sylvia and three children. He died in the year 2003.

Rustom not the first movie

Before Rustom, the Nanavati case was brought to the silver screen in 1973 by Director Gulzar. He made a film titled ‘Achanak’ based on this case.

The movie featured Vinod Khanna, Lily Chakravarty, and Om Shivpuri in lead roles and it was a box office hit.