Assembly Elections 2018: Polling for Madhya Pradesh, Rajasthan, Telangana, Chhattisgarh and Mizoram assemblies will be held between November 12 and December 7. Here is the full schedule:

Assembly Elections 2018: The schedule for polling in the five states - Madhya Pradesh, Rajasthan, Chhattisgarh, Telangana and Mizoram - has been announced by the Election Commission. The crucial polls, considered as precursor to upcoming Lok Sabha elections in 2019, will held between November 12 and December 7. The counting of votes for all states will take place on December 11. Among the states going to polls, three - Madhya Pradesh, Rajasthan and Chhattisgarh - are currently under the BJP-rule, while Telangana is under the governance of BJP's former ally TRS and Mizoram is among the last few states ruled by Congress currently. Here is the full election schedule for upcoming assembly polls in 2018:

The BJP is ruling the state for last 15 years and incumbent Chief Minister Shivraj Singh Chouhan took over the reins of power on 29 November 2005.

The state Assembly has 231 members out of which 230 are elected directly by the people while one member is nominated by the Governor.

Madhya Pradesh will witness a direct contest between the ruling BJP and the Congress. 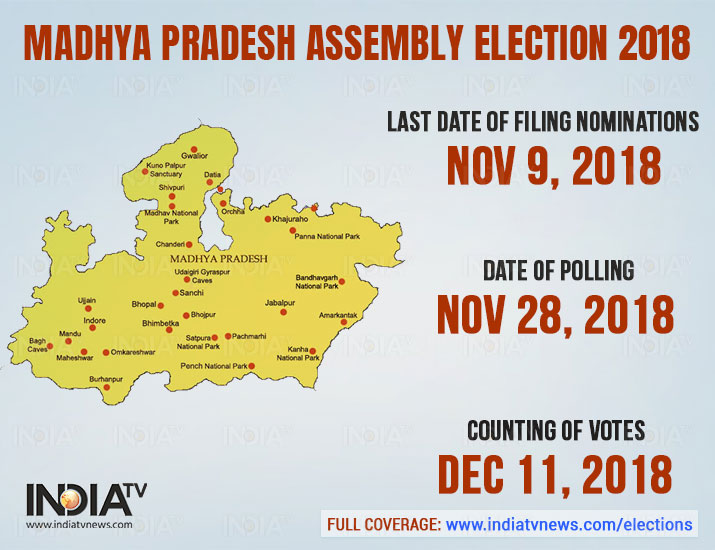 The BJP is ruling the state for last 5 years under the chief ministership of Vasundhara Raje Scindia who took over as state CM on 13 December 2013.

The state Assembly has 200 members.

Rajasthan will witness a direct contest between the ruling BJP and the Congress. The Congress is hoping to return to power in the state in the upcoming elections. 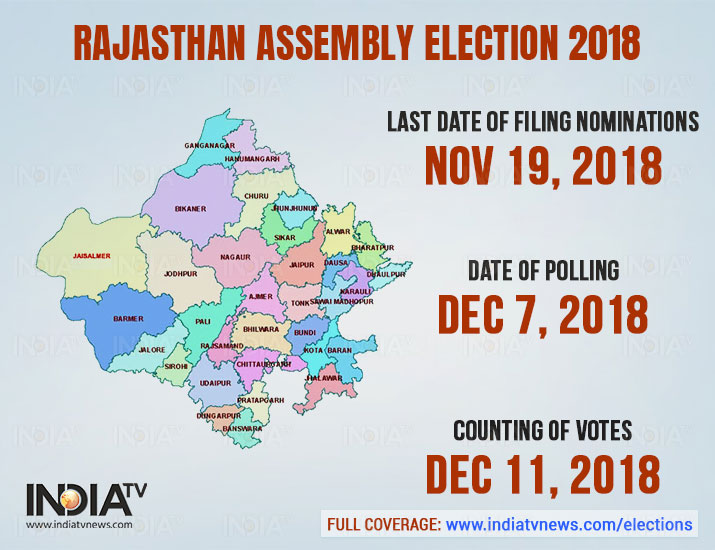 Like Madhya Pradesh, the BJP is ruling Chhattisgarh for last 15 years. Chief Minister Raman Singh is heading the state since 7 December 2003.

The state Assembly has 90 seats.

Chhattisgarh will witness a triangular contest between the ruling BJP, the Congress and Amit Jogi’s newly formed Janta Congress Chhattisgarh which has joined hands with Mayawati’s BSP. 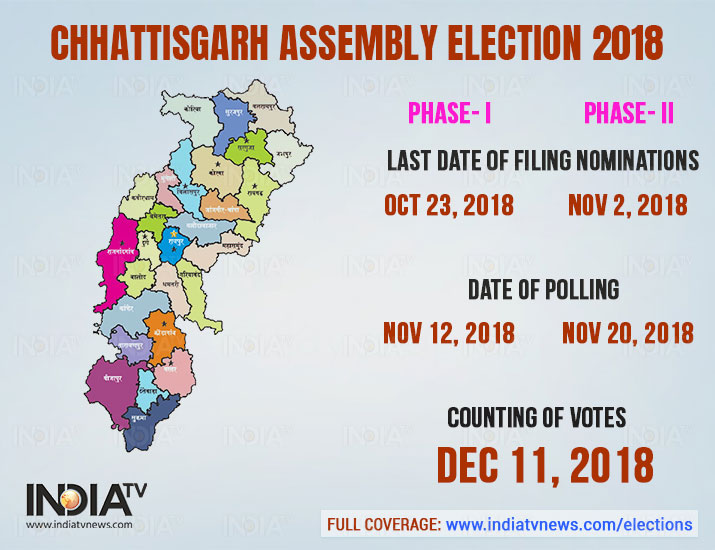 Incumbent Chief Minister K Chandrashekhar Rao is ruling Telangana since 2 June 2014, the day it came into existence as a separate state. The state Assembly has 119 seats.

Telangana will witness a triangular contest between the ruling TRS, the Congress and the BJP. 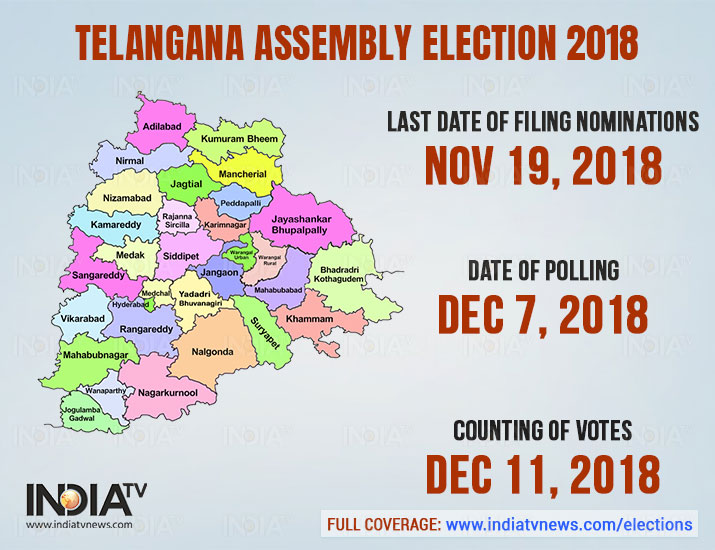 The Congress is ruling the state for last 5 years under the chief ministership of Lal Thanhawla. 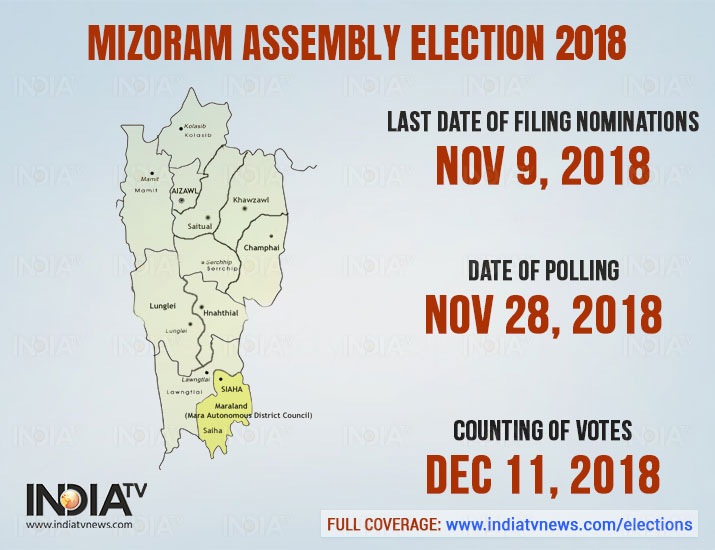 The counting of the votes will be held on December 11 for all states. 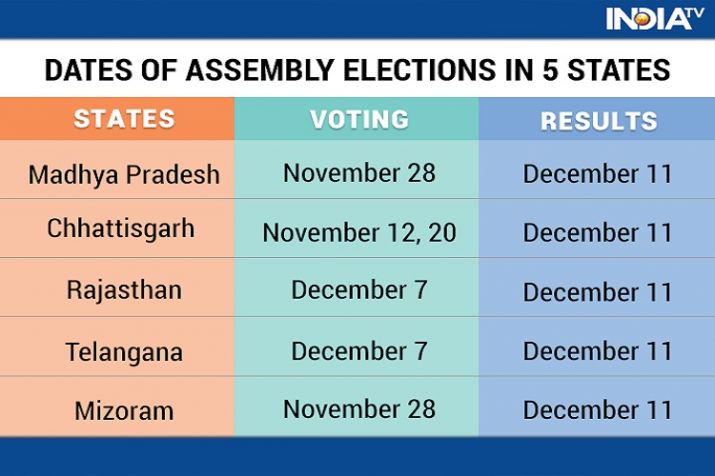