The tenure of the 40-member Mizoram Assembly expires on December 15, 2018.

Voting to elect new Assembly in Mizoram would be held on November 28, the Election Commission announced on Saturday. The counting of votes would take place on December 11, it said.

Addressing a press conference in Delhi, Chief Election Commissioner OP Rawat said the term for the tenure of the 40-member Mizoram Assembly expires on December 15, 2018. 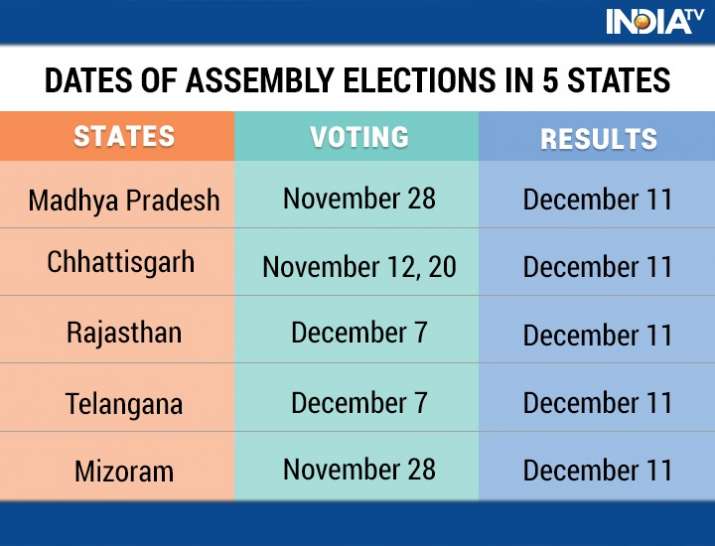 The Congress is ruling the state for last 5 years under the chief ministership of Lal Thanhawla.

Major political parties in Mizoram welcomed the announcement of the poll date to the 40-member state legislative Assembly.

Ruling Congress leader and Social Welfare Minister PC Lalthanliana said the state PCC was fully prepared for the assembly poll and had been expecting an early announcement of the election date.

Lalthanliana said the ruling party was ready and the date of election being after the monsoon season would help polling officials, especially in remote areas.

Former minister and vice president of the opposition Mizo National Front (MNF) Dr. R Lalthangliana said the party was enthusiastic about the announcement of the date.

Lalthangliana expressed optimism that the MNF would be voted to power after being in opposition for a decade.