Bihar Election 2020: The Super Exit Poll predicts an easy win for the RJD-led Mahagathbandhan while a setback for the JDU-BJP alliance. But, it has to be mentioned that these are exit polls and not the actual results as the seat tally projected in these polls may differ from that on the counting day on November 10.

Bihar Election Exit Poll 2020: The three-phased Bihar Assembly Election 2020 concluded on Saturday after voting in the third and final phase on 78 constituencies ended. Polling in the first and second phases were held on October 28 (71 constituencies) and November 3 (94 constituencies). The counting of votes will take place on November 10. With election finally concluding today, all eyes were on the exit polls to know the mood of voters in the state. So going by the exit polls, then almost every one of them have shown Mahagathbandhan ahead of the NDA (JD-U, BJP, HAM, VIP alliance), predicting RJD-led Grand Alliance forming the next government in the state. The exit polls have also shown Lalu Prasad Yadav's younger son Tejashwi Yadav as preferable choice for Chief Minister's post over incumbent Nitish Kumar, who is nearing the end of this third term.

Doing a combined analysis of all the exit polls we have covered, then RJD-led Grand Alliance is clearly being seen forming the next government in Bihar with close to 141 seats (122 magic figure), while JDU-NDA may fall short of around 40 seats as according to Super Exit Poll, the alliance may get close to 88 seats. Exit polls also show a setback for the Chirag Paswan's LJP as the party decided to party ways with the NDA and fought elections on its own. But, it has to be mentioned that these are exit polls and not the actual results as the seats tally projected in these polls may differ from that on the counting day on November 10.FULL COVERAGE

Taking an average of exit polls by Today's Chanakya, Peoples Pulse, India Today-Axis My India Exit Poll and C-Voters, than the Mahagathbandhan could be seen easily forming the next government in Bihar. Super Exit Poll projects that RJD-led Grand Alliance may get 141 seats, NDA may get 88 seats, LJP may bag 4 seats while others may win upto 10 seats. 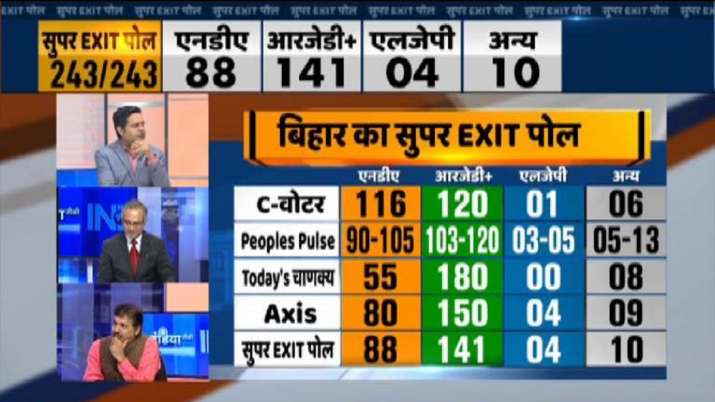 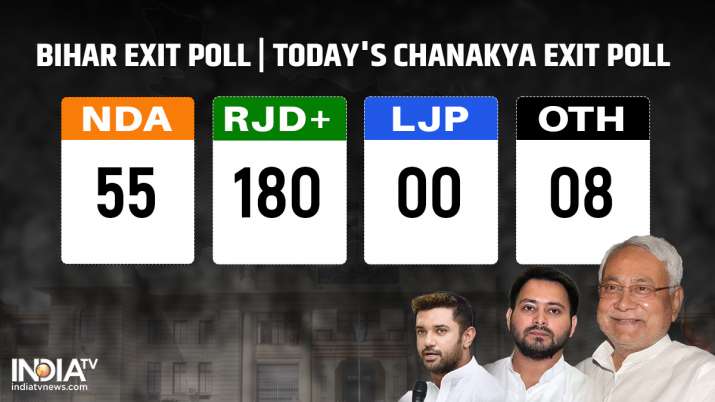 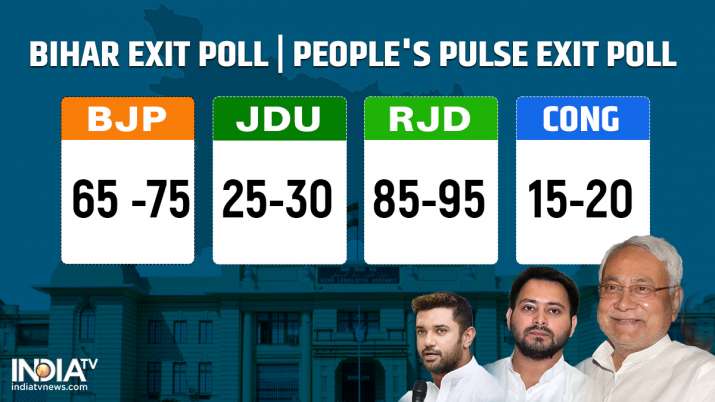 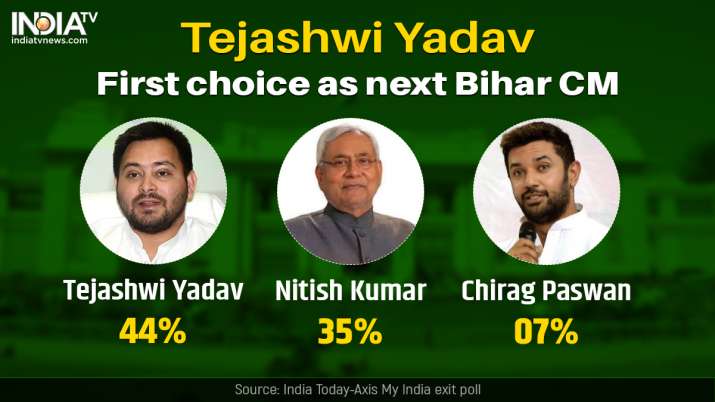 What does first time voters or youth of Bihar want? 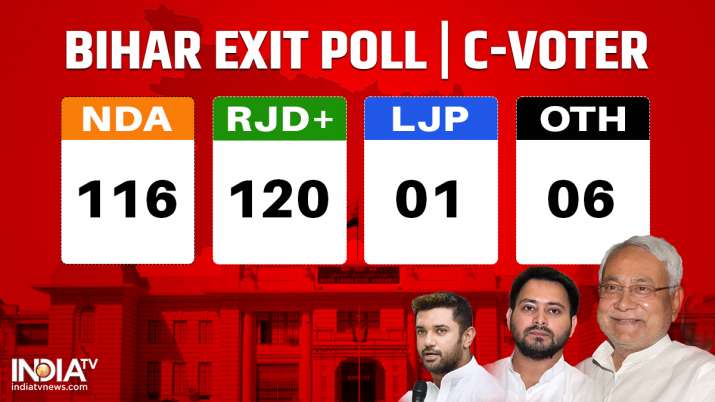 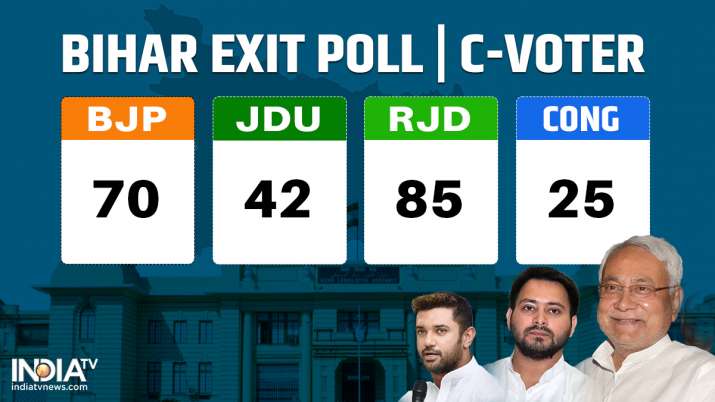 Speaking of voter turnout in the third and last phase of the Bihar election, then a total of 55 exercised their right to vote. The figures are till 6 pm only as further change is expected.

Nitish Kumar, who is in power for 3 consecutive terms, is banking upon the work done by his government in 15 years, on development plank in alliance with BJP and populairty of PM Modi while his opponent Tejashwi Yadav, Lalu Prasad Yadav's younger son and Mahagathbandhan's (Grand Alliance) CM candidate, is aspiring to take the advantage of anti-incumbency, to dethrone Nitish Kumar.

Another front was led by LJP chief Chirag Paswan, who parted ways with the JDU-BJP alliance and decided to contest 2020 election on its own. But not even a single exit poll showed the party winning more than 6-7 seats.

Bihar Assembly has a total of 243 seats. All eyes are now on November 10 — the D Day — when the counting of votes is set to take place and hopefull we will know who will form the next government in Bihar.