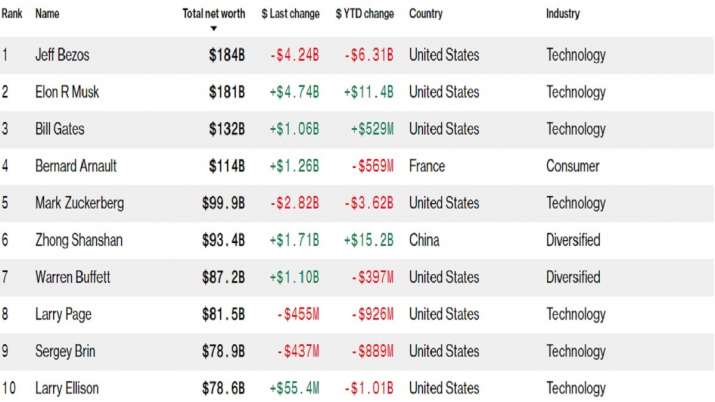 He told Axel Springer in an interview last month that the key purpose of his wealth is to "accelerate humanity's evolution into a spacefaring civilisation". The world's 500 richest people added a record $1.8 trillion to their combined net worth last year, according to Bloomberg Billionaires Index.

Elon Musk, who runs electric car maker Tesla, aerospace and space transportation company SpaceX, brain-machine interface firm Neuralink and The Boring Company (that builds underground tunnels), thinks that creating a holding company above all the four firms is a "good idea". The best example for Musk to follow is Alphabet, which is the parent company of Google and several Google subsidiaries.