Realme X50 5G Lite is on its way as hinted by new teaser: Expected price, specs and more

Realme is soon to launch its much-rumoured 5G smartphone -- the Realme X50 5G -- on January 7 in China. Now, ahead of its launch, the Chinese company is now expected to unveil a ‘Lite-r’ variant of the same, as hinted by a new teaser.

As per a post on Weibo, Realme is expected to launch a toned-downed variant of the upcoming Realme X50 5G called the Realme X50 5G Lite. The smartphone will be announced on January 3, 2020, that is tomorrow.

The teaser image has a big ‘Y’ written on it along with the caption, “Dare-to-leap!, Young!, Real!.” This hints at the Realme X50 5G Youth Edition (Realme X50 5G Lite for markets outside China). 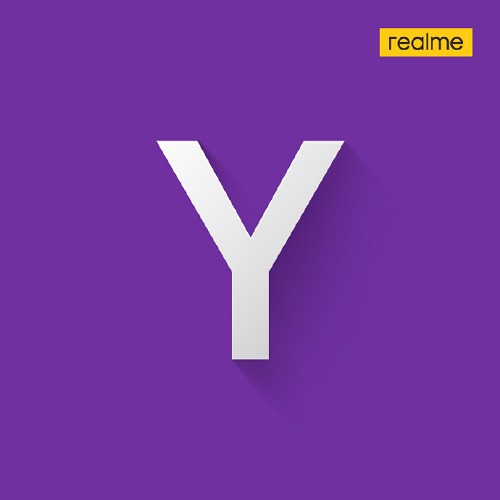 Additionally, as suggested by Realme's marketing chief Xu Qi Chase's posts on Weibo, Chase is using the device to post on the micro-blogging site of late. 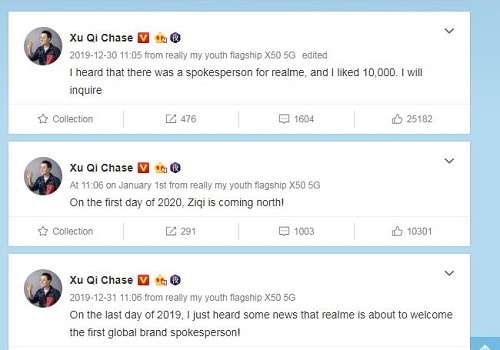 While details regarding the Realme X50 5G Lite specs remain unknown, the smartphone is expected to come with 5G support, much like the Realme X50 5G. It is likely to be powered by the latest MediaTek Dimensity 800L or Dimensity 1000 5G processor. 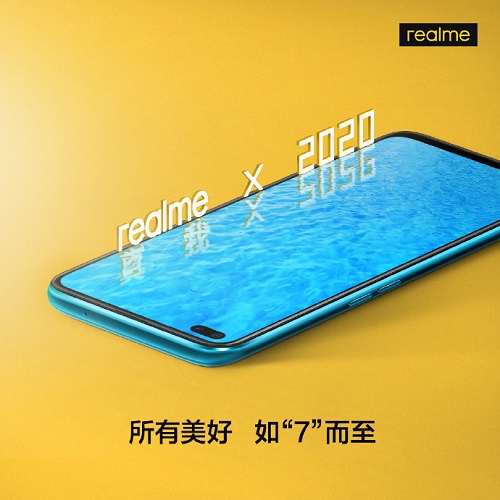 The smartphone will be powered by a Qualcomm Snapdragon 765G processor, could come with up to 12GB of RAM, support 50W fast charging, and feature a 108MP main rear camera. Additionally, the Realme X50 5G is likely to be much cheaper than the Xiaomi Redmi X30 5G. however, exact Realme X50 5G price details remain unknown.

As we lack all the details at the time of writing, we will update you once more official details are let out. Until then, stay tuned.