The Asus ROG Phone 2 comes powered by the latest Snapdragon 855 Plus processor with Adreno 640 GPU and features 120Hz refresh rate with 1ms latency.

Asus announces its new and updated gaming smartphone called the Asus ROG Phone 2. This is an upgrade to the previous generation ROG Phone 2 that is now bigger and better from the previous generation. The phone comes with a mix of glass and metal that is built with a distinguished gamer-oriented design that features an RGB-lit ROG logo on the rear, featuring interesting accessories, backed with prominent game developers.

Also, read: Xiaomi Mi A3 scheduled to debut in Malaysia on July 31

Comparing it to the previous-gen device, the phone comes with a 6.59-inch AMOLED display that features 2340x1080 pixel resolution, backed with a 120Hz refresh rate that offers 1ms latency. As per personal choice, users can opt for 60Hz and 90Hz modes.

According to the company, the touch sensor comes with a sampling rate of 240Hz that is optimized specially for Android. It has managed to achieve a lower touch latency than iPhone XS Max. The phone also comes with 10-bit HDR support that is rated to offer 108-per cent DCI-P3 colour space along with perfect colour accuracy of deltaE < 1.

In terms of specs, the phone comes powered by the latest Snapdragon 855 Plus processor with Adreno 640 GPU that is overclocked at 675NHz, backed with a bump on the CPU speed. The phone will come paired with 12GB of RAM and 512GB UFS3.0 storage. Asus has added vents for heat dissipation to take away the heat from the vapour chamber. The phone also comes with a new AeroActive Cooler II that comes bundled in the box that is said to be four times more quieter, with improved cooling on the outside that can double up like a kickstand. 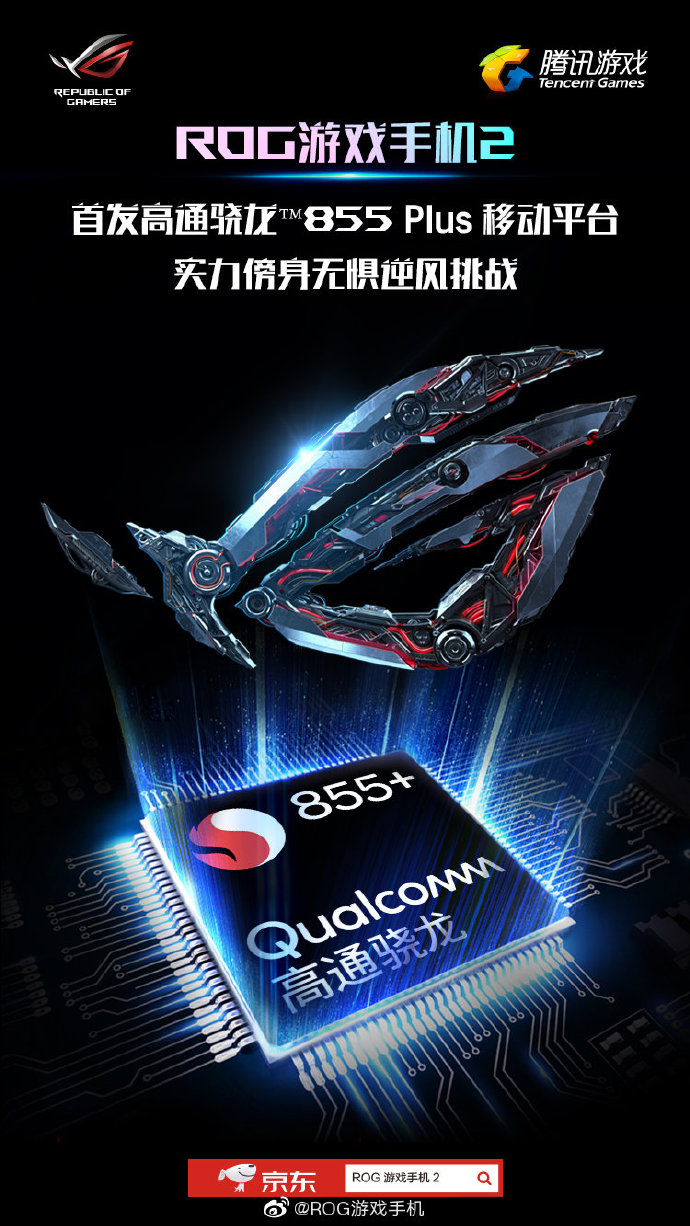 It houses a 6,000mAh battery that helps it last for about 7 hours to play non-stop PUBG and also gets 30W ROG HyperCharge using a standard 3A cable with Quick Charge 4.0.

For the camera, the phone comes with a 48MP sensor paired with a 13MP sensor backed with a 125-degree ultra-wide-angle lens and a 24 Megapixel selfie camera.

Other features include a dual speaker setup on the front featuring DTS:X Ultra support and also gets the improved AirTriggers that lets users rest your fingers, which recognise on when you press down or swipe over them. The phone is also backed with two vibration motors for better directional haptic feedback.

The Asus ROG Phone 2 pricing and availability has not been confirmed but is expected to launch soon.