Masterpiece in Paris: How Novak Djokovic pulled off 'the unthinkable' against Rafael Nadal in French Open

Driven by utter belief and determination, Djokovic took down the Master in an epic four-setter semifinal battle, handing Nadal his third defeat in French Open.

Numbers overwhelmingly favoured him. Drawing from recent encounters, pundits placed him above the world no.1. In his 107 matches on Parisian clay, Rafael Nadal, the 13-time French Open champion, never lost a semifinal or a final. And only eight months back, had decimated Novak Djokovic in supreme fashion at the Philippe Chatrier in the summit clash.

On Friday, on the sun-scorched clay court of Stade Roland Garros, Nadal started off from where he left at Rome, a month ago, racing to a 5-0 lead in the opening set. The sheer domination only brought back memories of the battle last fall and it only seemed a matter of time before Djokovic suffers a similar fate at the hands of the King of Clay. But driven by utter belief and determination, Djokovic took down the Master in an epic four-setter semifinal battle, handing Nadal his third defeat in French Open. Incidentally, the Serb had tasted the unprecedented feat back in 2015, five years after Robin Soderling showed the way, making him the first player to defeat Nadal twice at Roland Garros.

HOW DID DJOKOVIC PULL OFF 'THE UNTHINKABLE'?

18 of Nadal's shorter-rally points came in the opening set, which comprised four winners, two aces and 11 total errors from Djokovic. The World No.1 pulled off just 11 points. But in the next three sets, the two were inseperable in terms of figures, both managing 30 points.

However, it was during the mid-length rallies (4-7 shots) where Djokovic dominated and stole the show with his incredible defence, deep runs to the net and backhand winners. He won 54 points during these rallies, while Nadal amassed 40 points. The most notable difference was in the five-shot and seven shot rallies where Djokovic stood 10 points (19-9) and 12 points (17-5) clear.

In the rallies that went longer, the two were almost at par (37-36), yet it was Djokovic who stood ahead owing to the large number of winners he managed (17-13). 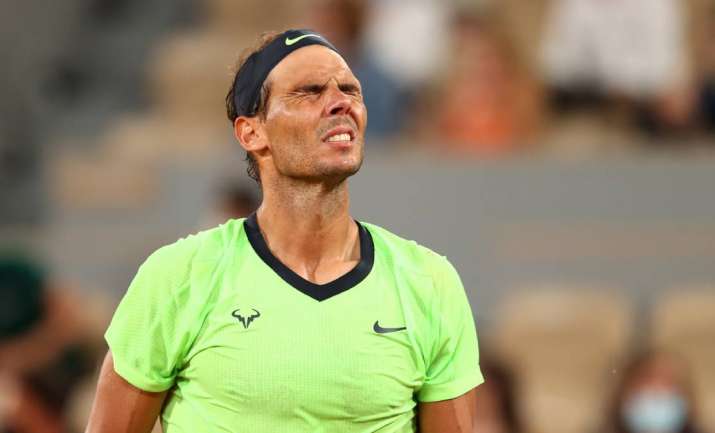 Half of Djokovic's receiving points won (34), on returns that landed on his side of the court, 17 were picked off the backhand error from Nadal (17). In the opening set, Nadal committed just three backhand errors, with Djokovic challenging his forehand and backhand more equally. In the next three sets, Djokovic channeled most of his returns to Nadal's backhand, getting 67 per cent of his shots, extracting 16 more unforced errors.

“Sometimes you win, sometime you lose,” Rafa said. “I tried to give my best. Probably was not by best day out there.”