Kuldeep Yadav posted a clarification on his social media account after false reports over his comment on MS Dhoni surfaced in the media.

Kuldeep Yadav has broken his silence over his alleged quotes on MS Dhoni surfacing in the media. The quotes drew a significant amount of backlash from Dhoni's fans, who stormed into Kuldeep's social media accounts to criticise him.

At an event, the chinaman bowler was asked about MS Dhoni's comments from behind the stumps. Kuldeep, in reply, funnily stated that the former Indian captain gets it wrong sometimes but "you can't say no to him."

"There are a lot of times he (Dhoni) goes wrong but then you can't say that to him," Kuldeep was quoted as saying. "Zyada baat nahi karte woh (he doesn't speak much). He speaks only between overs if he thinks he needs to point out something."

However, his comments sparked controversy and the supporters of MS Dhoni were quick to criticise the Indian spinner. Various reports misquoted Kuldeep, which has now forced the chinaman bowler to issue a clarification on his official Instagram account.

Indirectly addressing the reports, Kuldeep signified that controversy is being needlessly created, categorically stating that the news is "totally false."

He wrote, "Here we go for another made up controversies by our media who loves to make tangy rumours for no reason. Just want to throw some light on the issue that has been proliferated by some people, that the news is totally false. I didn't give any inappropriate statement about anyone. #Much respect Mahi bhai." 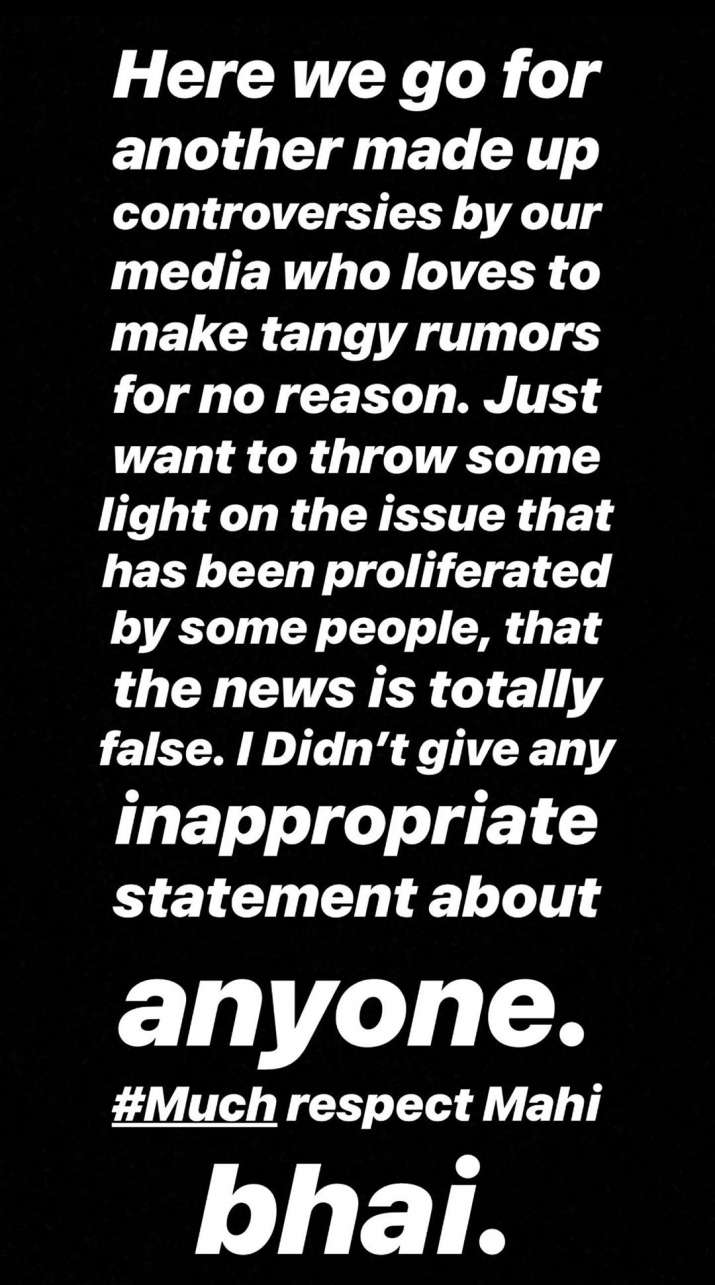 MS Dhoni had been assisting both, Kuldeep Yadav and Yuzvendra Chahal from behind the wickets ever since the duo's arrival in the international setup. The former Indian captain is often seen suggesting both the spinners on where to bowl, assessing the conditions of the pitch and the movement of the batsman.

Kuldeep and Chahal will play a key role in the upcoming World Cup in England and Wales. While Chahal has had a reasonably decent Indian Premier League season on an individual basis, Kuldeep suffered from his worst form slumps in the T20 tournament.