IPL 2018 Closing ceremony: Bollywood stars Ranbir Kapoor, Katrina Kaif and Salman Khan to bring the curtain down as CSK and SRH set to lock horns for the IPL 2018 trophy.

Hello and Welcome to our live coverage of the closing ceremony of the Indian Premier League (IPL) 2018 ahead of the title clash between Chennai Super Kings and Sunrisers Hyderabad at the Wankhede Stadium, Mumbai. As the finalists, CSK and SRH, gear up for a humdinger of a summit contest, the fans at the Wankhede Stadium will be eager to witness a star-studded IPL Closing Ceremony. The glittering gala will feature some of Bollywood's prominent names such as Salman Khan, Ranbir Kapoor, Jacqueline Fernandez, Katrina Kaif and Kriti Sanon. The IPL 2018 Closing Ceremony has been promoted well by the glamour-filled league, titled 'Cricket Final Party Toh Banti Hai'. The ceremony will be broadcast live on Star Plus on TV and live streaming will be available on Hotstar, Airtel App and Jio TV, from 5 pm onwards on Star Plus. The 'Rockstar' actor Ranbir will host the IPL Closing Ceremony along with several stars from the upcoming action thriller film Race 3 such as Salman, Jacqueline, Anil Kapoor, Daisy Shah, Bobby Deol and Saqib Saleem. The Bollywood leading performers will dazzle the evening ceremony with the power-packed performances. From another upcoming comedy film Veere Di Wedding, B-town divas Kareena Kapoor, Sonam Kapoor, Swara Bhaskar and Shikha Talsania will also be seen performing at the show. Stay tuned for live updates from the IPL 2018 Closing Ceremony.

19.20 IST: Fans can't get over the stunning performance by Kartik Aaryan.​

17.40 IST: 'Heropanti' actress Kriti Sanon says she will be rooting for Chennai Super Kings because of MS Dhoni.

Trying/learning something new is always exciting!! Long way to go.. but #WorkInProgress also feels good (specially when it atleast ‘looks’ like a pretty pose😉) 😜💃🏻❤️ pic.twitter.com/L4An2EyHIP

17.35 IST: "I love IPL because it brings people together," says Jacqueline Fernandez ahead of the title clash.

There's a party in town that you cannot miss. @jacquelinef143 will be there, what about you? Cricket Final LIVE #PartyTohBantiHai, 27th May at 5pm only on STAR PLUS.

17.30 IST: Swara Bhasker asks fans to join the party ahead of the IPL 2018 final match between Chennai Super Kings and Sunrisers Hyderabad.

Get ready for an evening filled with masti and lots of naach gaana with @reallyswara! Cricket Final LIVE #PartyTohBantiHai, 27th May at 5pm, only on STAR PLUS.

17.15 IST: Veere Di Wedding star Kareena Kapoor will set the stage on fire with her gripping performance in the closing ceremony.

17.00 IST: The fans are coming in numbers and the Yellow brigade are making their way into the Wankhede Stadium in Mumbai.

16.40 IST: Sanju actor Ranbir Kapoor will be hosting the much-awaited IPL 2018 Grand Finale, which will take place on May 27. In the same ceremony, his ex-girlfriend Katrina Kaif will be giving a scintillating performance. Even though the actors will be present in the same arena, their paths shall not cross. (Read Full Story) 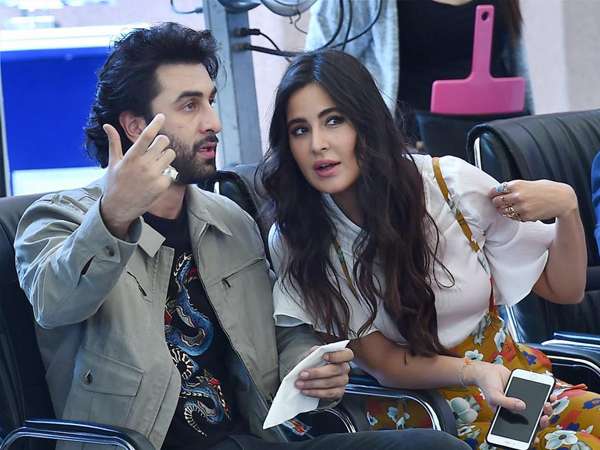 16.25 IST: Kriti Sanon is one among the Bollywood celebrities who are scheduled to perform at IPL 2018 Grand Finale, shared a glimpse of her scintillating performance. On Saturday, the Raabta actress shared two videos from her rehearsal, wherein she can be seen dancing to the tunes of her own hit Bollywood numbers. (Watch Kriti Sanon shares a glimpse of her performance)