2nd Test: Ashwin and Rohit ruled out due to injuries, Jadeja included in 13-man squad

India have added Ravindra Jadeja, Umesh Yadav and Bhuvneshwar Kumar to the squad in the absence of Rohit Sharma and Ravichandran Ashwin.

Rohit Sharma and Ravichandran Ashwin have been ruled out of the second Test at the Perth Stadium, starting on December 14.

Ravindra Jadeja, Bhuvneshwar Kumar and Umesh Yadav have been named in the 13-man squad that India announced for the second Test on Thursday.

Watch Pant's cheeky banter against Cummins: 'It is not easy, someone is not saying'

1st Test: We were the better team collectively and deserved to win, says Virat Kohli

WATCH: Virat Kohli shouldn't change his on-field attitude as it has made him who he is, says Sourav Ganguly

Ashwin has been ruled out because of a left-sided abdominal strain and is receiving treatment while Rohit jarred his lower back during the first Test at Adelaide.

Ashwin's injury will come as a major blow for the visitors as the off-spinner bowled economically and held up one end for Virat Kohli's men while the pacers did their job from the other end.

The Tamil Nadu tweaker bowled a total of 86.5 overs in the match and picked up six wickets.

Rohit on the other hand, failed to impress in the second innings but played a good knock off 37 from 61 balls before giftng his wicket away to Nathan Lyon. 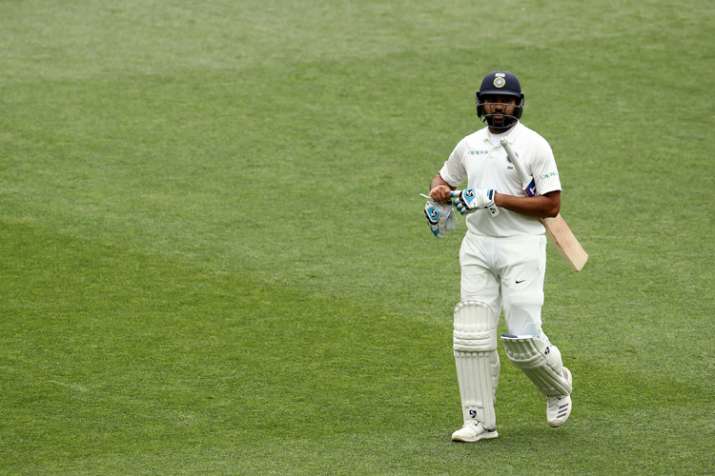 Rohit and Ashwin now join Prithvi Shaw, who is recovering from his left ankle injury that he picked up during the tour game against Cricket Australia XI. Shaw was already ruled out of the first two games and is eyeing a comeback in the Boxing Day Test at the Melbourne Cricket Ground.

The Board of Control for Cricket in India (BCCI) announced that these players are being closely monitored and a call on their availability for the third Test will be taken at an appropriate time.

With Ashwin and Rohit out, Jadeja and Hanuma Vihari are the most likely ones to come into the squad for the second Test match if India decide to go with the six batsmen and four bowlers combination with Rishabh Pant playing as the seventh batting option.