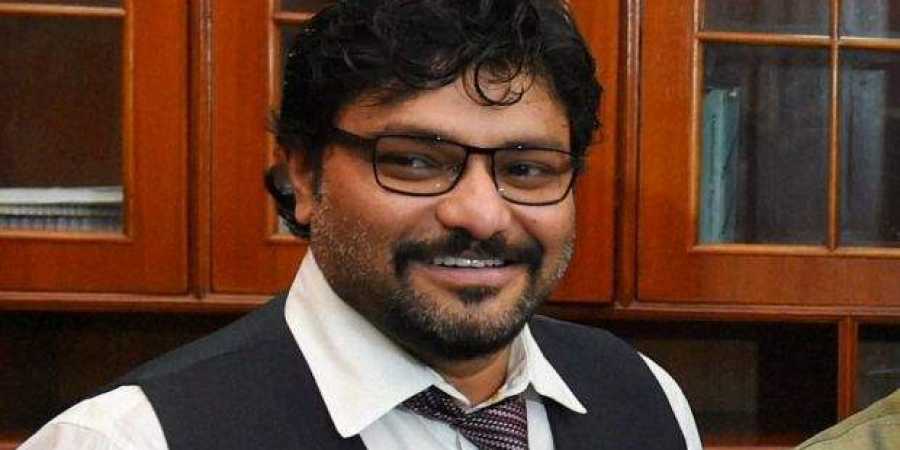 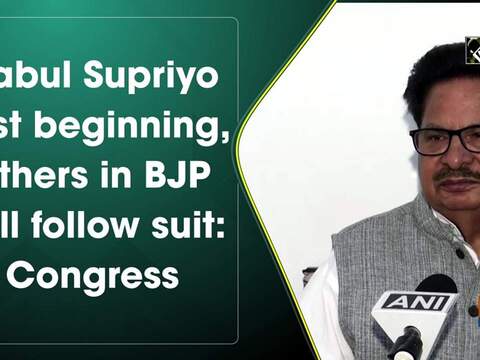 After former union minister Babul Supriyo joined the Trinamool Congress (TMC), Congress has taken potshots at the Bharatiya Janata Party (BJP) saying that many other leaders in the party will follow the suit. 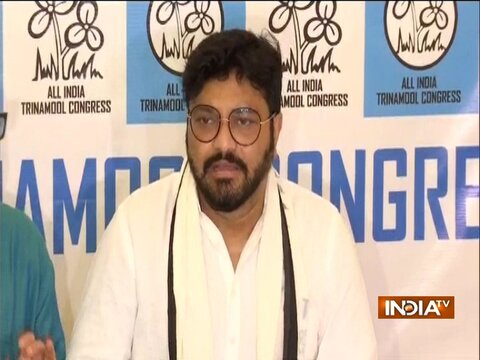 Coming back for great opportunity to serve Bengal: Babul Supriyo after joining TMC

Former Union Minister and ex-BJP MP Babul Supriyo formally joined the Trinamool Congress (TMC) on Saturday. Supriyo had quit the Bharatiya Janata Party (BJP) following the recent Union Cabinet reshuffle."I will continue to work constitutionally as an MP in Asansol. Politics is beyond the constitutional post and I withdraw myself from it. I will not join any other party. I will vacate the MP bungalow in Delhi and release security personnel from their duties soon," he was quoted saying. 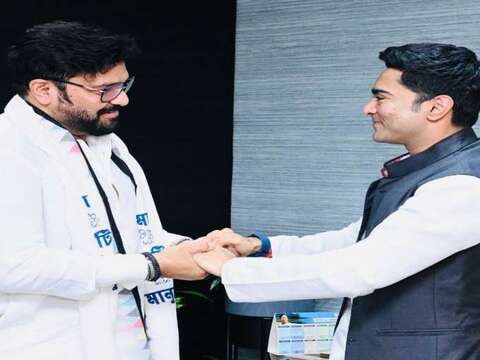 West Bengal leader and singer Babul Supriyo has joined TMC party today. Earlier he was a Union Minister and one of the star campaigners from BJP in west Bengal assembly elections. 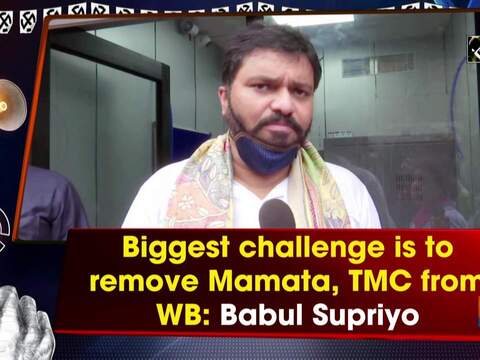 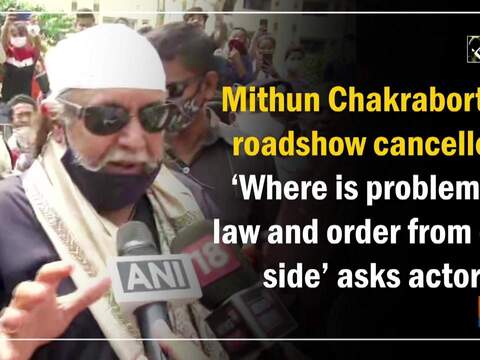 Mithun Chakraborty's roadshow cancelled: 'Where is problem in law and order from our side' asks actor 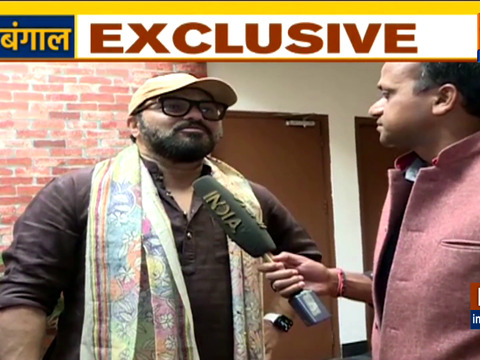 Mamata Banerjee will lose by over 50,000 votes- Babul Supriyo

Babul Supriyo, the Union Minister of State for Environment Forest & Climate Change, spoke to India TV in the wake of the upcoming West Bengal assembly elections which is to be held in eight phases. 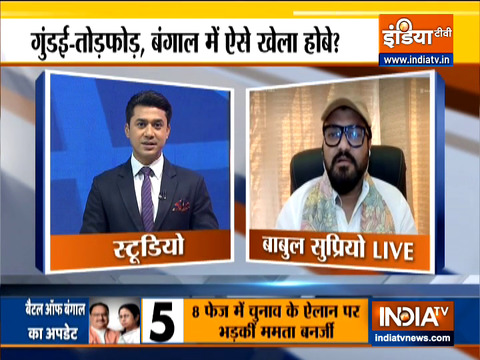 Babul Supriyo, the Union Minister of State for Environment Forest & Climate Change, spoke to India TV in the wake of the upcoming West Bengal assembly elections which is to be held in eight phases. 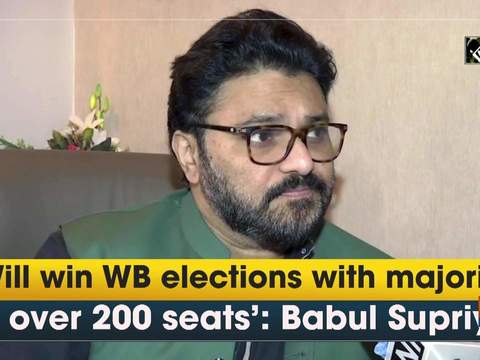 'Will win elections with majority of over 200 seats in WB': Babul Supriyo

As assembly polls in West Bengal near, Union Minister and BJP leader Babul Supriyo expressed confidence over party's chances to win in the state. "The people of West Bengal are with us. 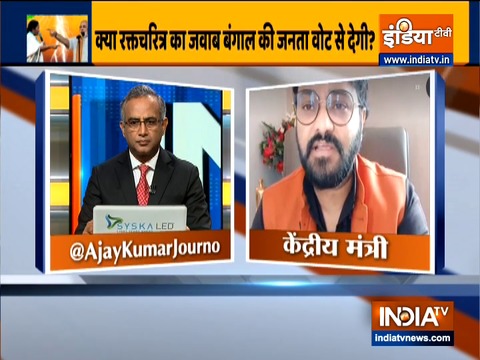 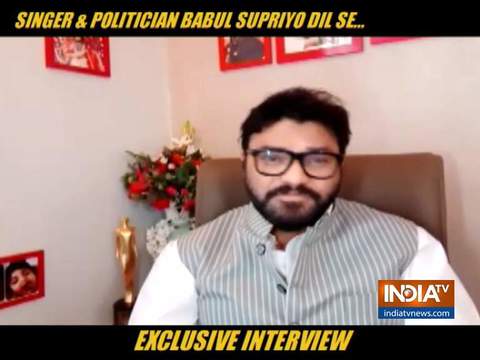 Singer and BJP MP Babul Supriyo said in a special conversation with IndiaTV that since 2014 though he has been a bit away from singing but he takes out time for himself once in a day in which he practices singing. He considers singing art to be a ble 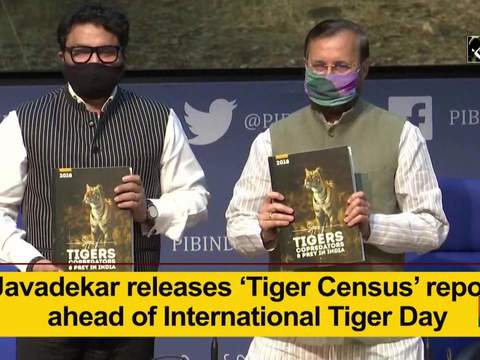 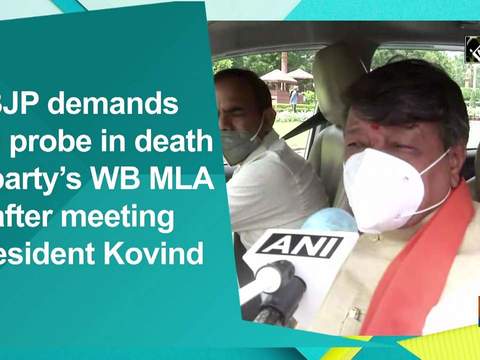 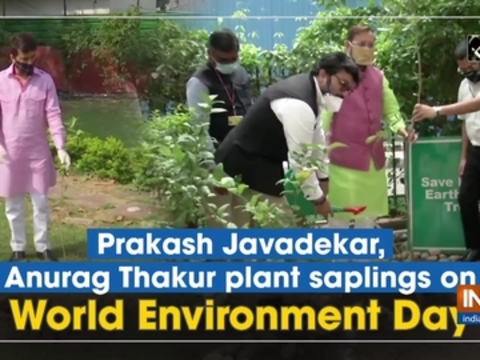 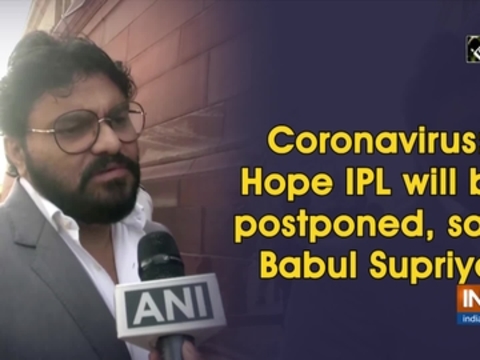 Minister of State (MoS) for Environment, Forest and Climate Change Babul Supriyo opined that sport is very important but it cannot be at the cost of a health scare 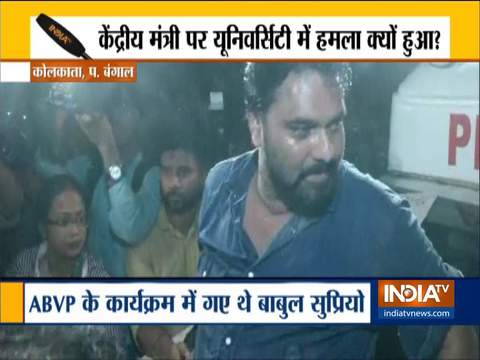 Union Minister Babul Supriyo was gheraoed for hours on Thursday by a section of students at Kolkata's Jadavpur University. 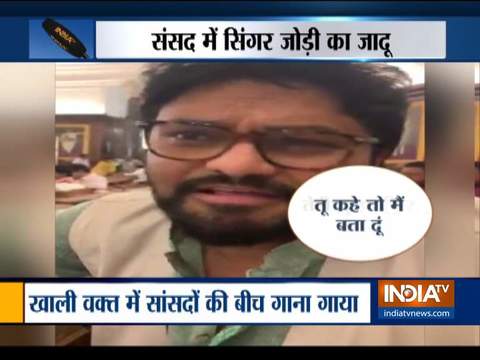