The most recent prediction by the weather department indicated further downpour in Delhi and adjoining areas.

Rains lashed parts of the national capital on Saturday as the city woke to moderate to heavy rainfall, bringing slight respite from the heat. Severe waterlogging was also experienced by commuters as several areas like Madhu Vihar, RK Puram and Moti Bagh were seen flooded with water. The India Meteorological Department had predicted thunderstorms with moderate to heavy intensity rain in Delhi-NCR during the next two hours.

The most recent prediction by the weather department indicated further downpour in Delhi and adjoining areas. "Thunderstorm with moderate to heavy intensity rain and gusty winds with speed of would continue to occur over and adjoining areas of many places of Delhi, NCR ( Bahadurgarh, Gurugram, Manesar, Faridabad, Ballabhgarh, Loni Dehat, Hindon AF Station" , the IMD tweeted. 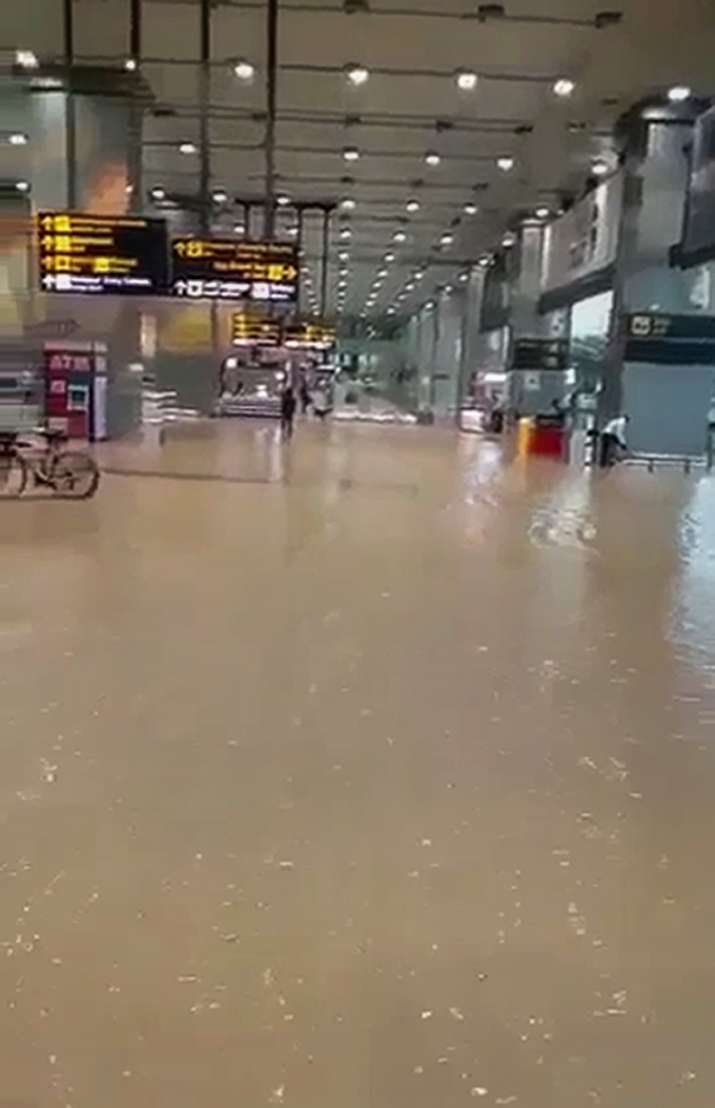 The city received 97 mm rainfall in the last 24 hours, the Met department official said. The weatherman has predicted generally cloudy sky with moderate rain and thunder showers for the day There is also possibility of heavy rain at isolated places across the city later in the day while the maximum temperature in the national capital is likely to settle around 31 degrees Celsius.

"Our team was immediately aligned to look into it and the issue has been resolved," it added. An official of the meteorological department said the national capital received 97 mm rainfall since Friday morning.Sources said five flights were diverted from the airport this morning due to the bad weather conditions.

Four domestic flights -- two of SpiceJet and one each of IndiGo and Go First -- were diverted to Jaipur. One international flight -- Emirates flight from Dubai to Delhi -- was diverted to Ahmedabad, the sources mentioned.

A highly unusual monsoon season this year has yielded 1,100 mm of rainfall in Delhi so far, the highest in 46 years, and almost double the precipitation recorded last year, the India Meteorological Department (IMD) said on Saturday. The figures are subject to change as more rainfall is predicted in the city during the day.

"The Safdarjung Observatory, which is considered the official marker for the city, had gauged 1,150 mm of rainfall in the 1975 monsoon season. This year, the precipitation has already hit the 1,100-mm mark and the season has not ended yet," an IMD official said.

Despite the monsoon embracing Delhi only on July 13, making it the most-delayed in 19 years, the capital had recorded 16 rainy days in the month, the maximum in the last four years.

The string of rainy days gave 507.1 mm rainfall in Delhi, which was nearly 141 per cent above the long-period average of 210.6 mm. It was also the maximum rainfall in the month since July 2003, and the second highest ever.