Claim: Pakistan media is claiming Pakistan Air Force has shot down an Indian Airforce fighter aircraft on Wednesday. Fact: The aircraft, shown in the picture, crashed in June 2015 in Odisha. It was a trainer aircraft. Here's what we found after investigation.

The Dawn, one of Pakistan's leading English language newspaper, on Wednesday, reported on its website that Pakistan Air Force (PAF) has shot down two Indian aircraft inside the Pakistani airspace. It also claimed that one pilot was arrested, giving credit to Maj Gen Asif Ghafoor, spokesperson of the Pakistan Armed Forces.

"In response to PAF strikes this morning as released by MoFA, IAF crossed LOC. PAF shot down two Indian aircrafts inside Pakistani airspace. One of the aircraft fell inside AJ&K while other fell inside IOK. One Indian pilot arrested by troops on ground while two in the area," Maj Gen Asif Ghafoor had earlier tweeted. Pakistan, however, has failed to provide any evidence of its claim so far.

However, the picture of the crashed aircraft which was used in the Dawn story was that of an old image of an Indian training aircraft crash that happened in 2015. 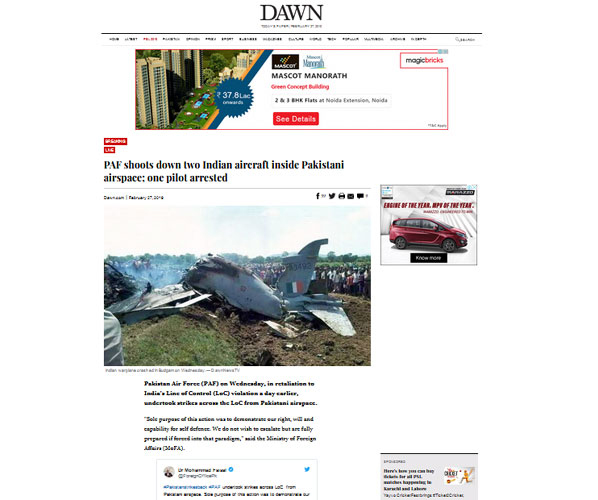 This is another glaring proof of fake news being peddled by the Pakistan establishment and its media to substantiate their baseless claims in front of the world. 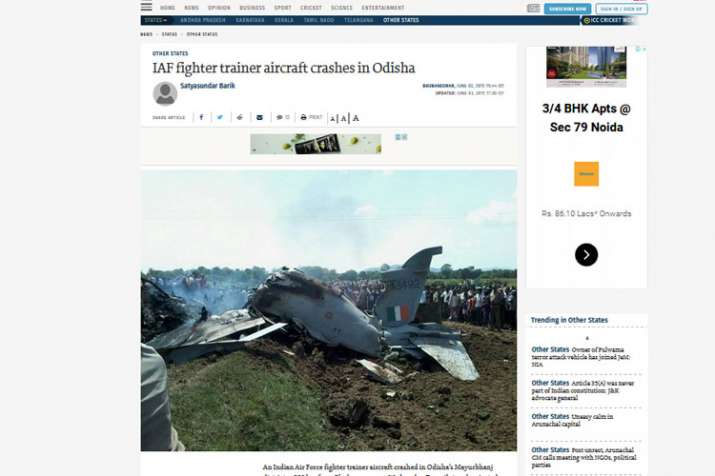 Meanwhile, India claimed on Wednesday that its Air Force has shot down a Pakistani F-16 fighter jet that violated its airspace in Nowshera sector of Jammu and Kashmir.