How is hantavirus different from coronavirus? Everything you should know about new virus in China

Chinese state-run Global Times reported that a person from Yunnan Province died while on his way back to Shandong Province for work on a chartered bus on Monday. Here's everything you need to know about the new virus.

The novel coronavirus which was detected in China's Wuhan city in November has become a pandemic. Slowly and steadily it has made its way into the whole world killing over thousands of people. After its outbreak, the number of diseases like swine flu and bird flu also increased in many countries. As if it wasn't enough, a new kind of virus called 'hantavirus' has reared its wings in China where it took the life of a man who tested positive while traveling to work on Monday and later 32 more people on the bus were tested, as tweeted by Global Times.

A person from Yunnan Province died while on his way back to Shandong Province for work on a chartered bus on Monday. He was tested positive for #hantavirus. Other 32 people on bus were tested. pic.twitter.com/SXzBpWmHvW

Hantavirus, that causes Korean hemorrhagic fever, is named for the Hantan River area in South Korea where an early outbreak was observed, and was isolated in 1976 by Ho-Wang Lee. People are now scared of not one but two viruses--both hanta and corona. If you are one amongst those, here's everything you need to know:

As per the Centers for Disease Control and Prevention (CDC) website, hantaviruses are a group of infections which are transmitted predominantly by rodents and can show different disease disorder in individuals. The name of the virus depends on the region where it is occurring. In America, it is called 'New World' hantavirus, while in Europe and Asia, it is recognized as 'Old World' hantaviruses. It can cause hantavirus pulmonary syndrome (HPS) and haemorrhagic fever with renal syndrome (HFRS).

How does hantavirus spread? 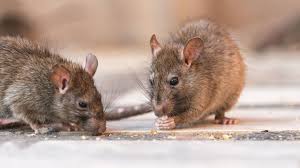 Hantavirus isn't airborne and can possibly spread to individuals on the off chance that they interact with the urine, feces, and saliva of rodents (rats) and less frequently by a nibble from a contaminated host.

What are the symptoms of hantavirus?

Early symptoms include fatigue, fever and muscle aches, especially in the large muscle groups like thighs, hips, back, and sometimes shoulders. These symptoms are universal. There may also be headaches, dizziness, chills, and abdominal problems, such as nausea, vomiting, diarrhea, and abdominal pain.

Four to 10 days after the initial phase of illness, the late symptoms of HPS appear. These include coughing and shortness of breath, a feeling of lungs being filled with fluid. The disease has a mortality rate of 38%.

Though the symptoms are somewhat similar to that of coronavirus, from the reports, it is clear that people do not need to fear the disease like the coronavirus that is on rampage affecting four lakh people worldwide with a death toll over thousands.