Rafale: Unique's Omnirole design that does the work of at least 7 different planes 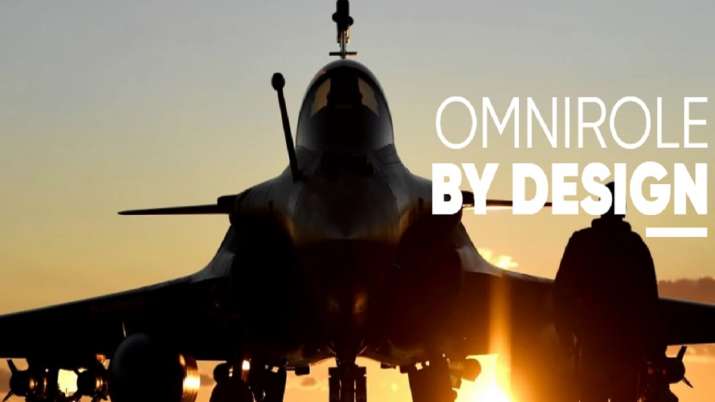 Experts believe the design is sufficient to replace seven different fighter aircraft. Rafale can carry out this wide-range of missions and is often termed as the -- Force Multiplier. 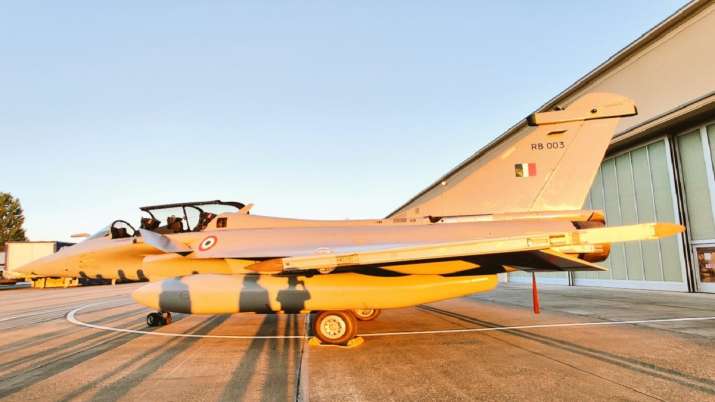 Rafale fighter jets can attain a maximum speed of 1400 kmph or 704 knots. Its approach speed is less than 224 kmph.

Combat range is the maximum range an aircraft can fly when carrying ordnance. Rafale fighter jet with full fuel tank and fully loaded combat weapons can travel up to 3,200-3,700 km. 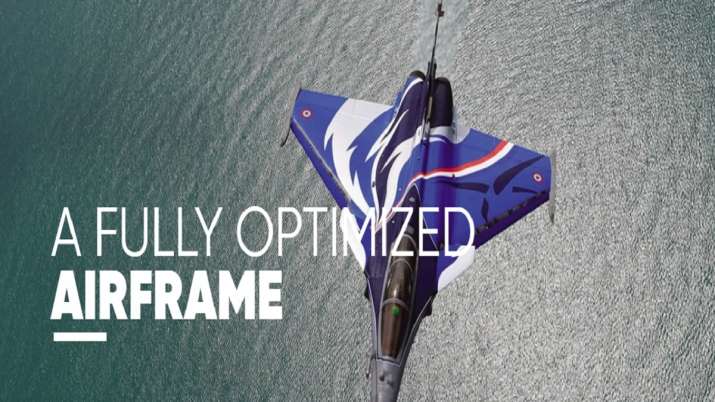 The Rafale, a fully “Omnirole” fighter, is available in three variants:

All three variants share a common airframe and a common mission system, the differences between naval and land versions being mainly limited to the undercarriage and to the arresting hook. 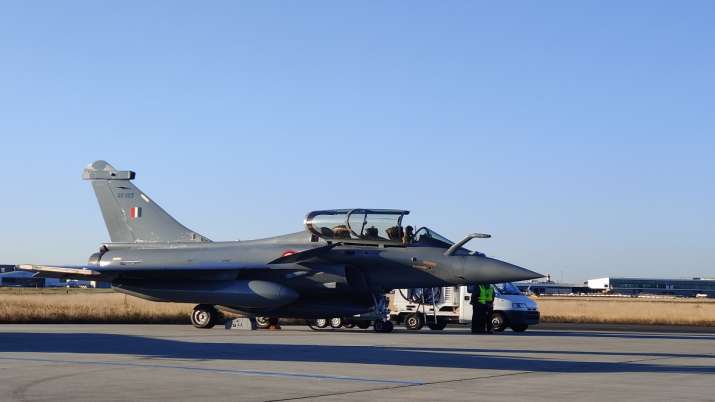 The close-coupled canards/delta wing configuration is key to the combat performance of the Rafale: even at high angle-of-attack, it remains fully agile, and its range performance in strike missions with heavy weapon loads is unmatched for such a compact design.

An advanced digital “Fly-by-Wire” (FBW) Flight Control System (FCS) gives it longitudinal stability and superior handling performance. The FCS is quadruple redundant with three digital channels and one separately designed analogue channel. In simple terms, the control system has three different digital channels (each one independent of another) and one analog channel. 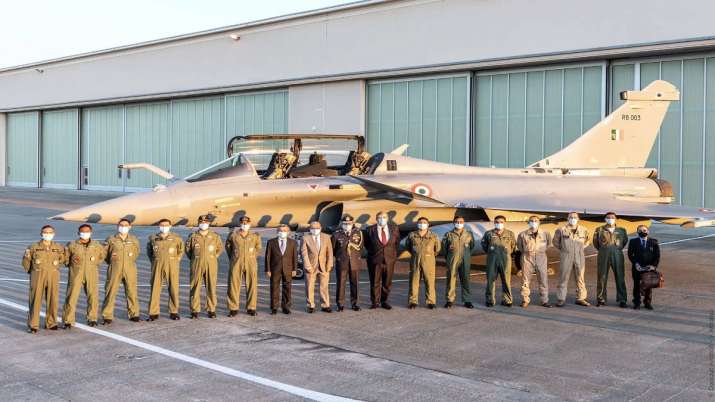 The Flight Control System of the Rafale attains the highest level of flight safety. Dassault Aviation claims million flight hours without a single accident caused by the FCS. 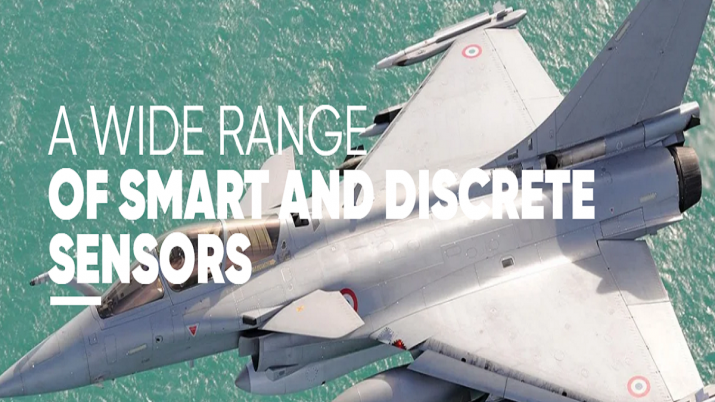 Rafale is the first operational – and so far, the only – European combat aircraft to use an electronic scanning radar.  Developed by Thales, the RBE2 radar has benefited from a massive research effort and from Thales' unmatched know-how based on past experience. Compared to radars with conventional antennas, unprecedented levels of situational awareness are attained with earlier detection and tracking of multiple targets. Check all Rafale censors:

Rafale has a multisensor data fusion 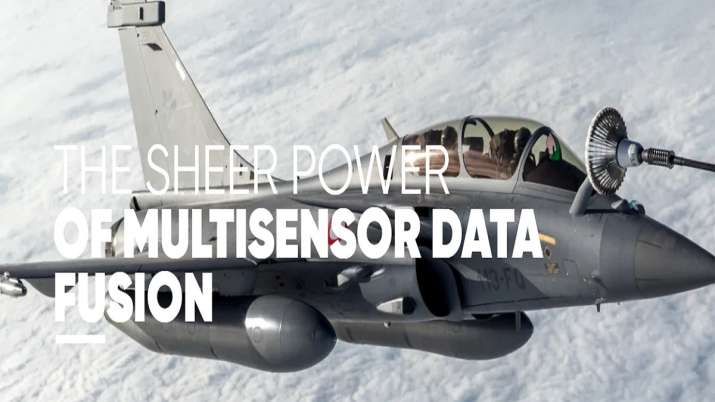 What makes the essential difference is the Rafale’s “multi-sensor data fusion” process running on data provided by all the sensors of the aircraft. In essence, the “multi-sensor data fusion” concept implemented into the Rafale allows the pilot to act as a true “tactical decision maker”, rather than being only a sensor operator. The FSO’s powerful TV sensor (cued by the Rafale’s active and passive sensors) is truly valuable to positively identify targets in situations where a visual contact is required by the rules of engagement.

Rafale has a full range of advanced weapons 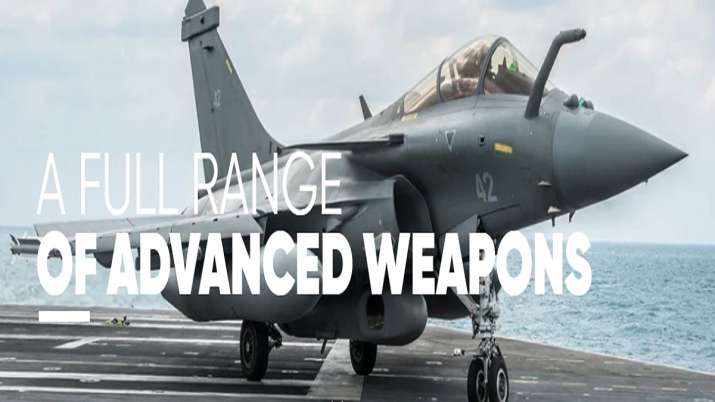 The mission system of the Rafale has the potential to integrate a variety of current and future armaments. Rafale can launch a number of weapons such as:

Rafale fighter jet comes in two version — single-seater and double seater. It is 15.27 metre in length, has a wingspan of 10.90 metres, 5.34-metre height and a wing area of 45.7 metre square. Take a look at full specifications. 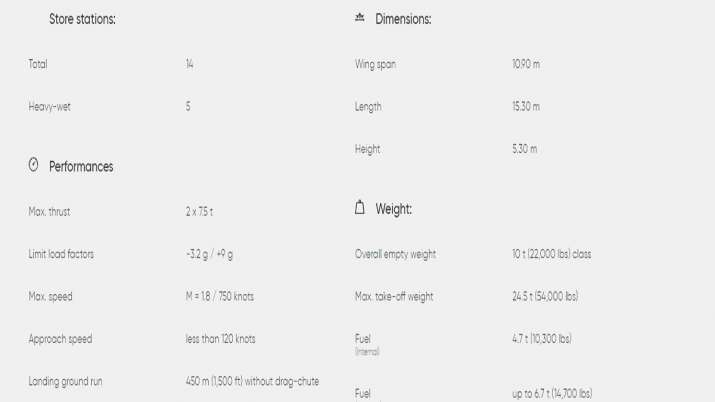