Loki Episode 6: Did you notice the Bollywood song in Marvel series' season finale?

Tom Hiddleston's God of Mischief and his many many variants served drama, romance, betrayal, suspense and a Bollywood connection in Loki Episode 6, can you ask more from a 40 min finale episode?

To point it out in simple words, Loki Episode 6 was a roller coaster ride. Tom Hiddleston's God of Mischief and his many many variants served drama, romance, betrayal, suspense and a Bollywood connection, can you ask more from a 40 min finale episode? We think not.

It was one of the most anticipated season finale of Marvel, especially after the questions and cliffhanger it leaves you with in Loki Episode 5. But turns out, a week's wait was worth it. More so, because it had a surprise for Bollywood fans.

(You are being warned, reading further will give you minor spoilers from Loki season 1 finale episode)

The scene progresses with heavy bass beats if you listen closely, you'll hear the Bollywood song “Swag Saha Nahi Jaye” from Happy Phirr Bhag Jayegi (2018) starring Sonakshi Sinha. While it seemed like a mistake initially, it was confirmed in the end credits where the makers mention the Bollywood song. 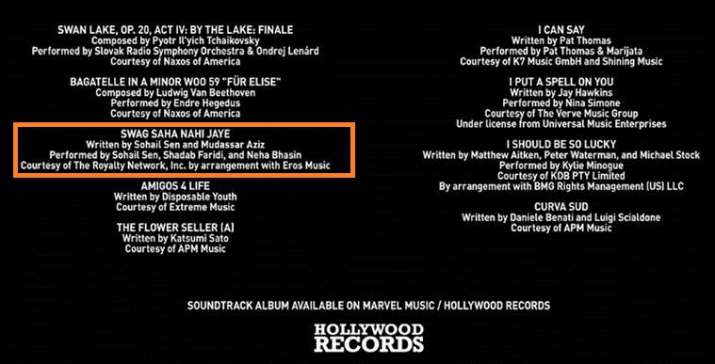 Bollywood fans were naturally excited to hear the song in the final episode of Loki Season 1. Here's how they shared excitement on Twitter:

Meanwhile, Disney+ has renewed the insanely popular Marvel television series 'Loki' for a second season. The announcement was made during the end credits of the sixth episode and season one finale on Wednesday. The credits revealed a case file with a red stamp reading, "Loki will return in season 2." No additional details about the upcoming season were shared.