June 14, 2021, marks one year since Bollywood actor Sushant Singh Rajput left everyone in the nation shocked and saddened. He left for his heavenly abode last year, and since then, his fans, friends and family have been trying to cope with his loss. The actor was found dead in his Bandra, Mumbai apartment. Many from the film and television fraternity shared unseen memories of moments spent with the actor to mark his 1st death anniversary. Sushant's last film was Dil Bechara that was released post his unfortunate demise.

The film marked Sanjana Sanghi's debut in Bollywood opposite the late actor. Now, the actress remembered late actor on his first death anniversary with a heart-wrenching note on social media. The 24-year-old actress wrote Sushant Singh Rajput's sudden death last year has left "A forever void" within her. Taking to Instagram, she shared a picture with Sushant from the sets of their film.


Remembering the late actor, Sanjana said that she missed him. "A Forever Void. Miss you (sic)," read her note on Instagram. In 'Dil Bechara', Sanjana essayed the role of Kizzie Basu while Sushant was seen as Manny. 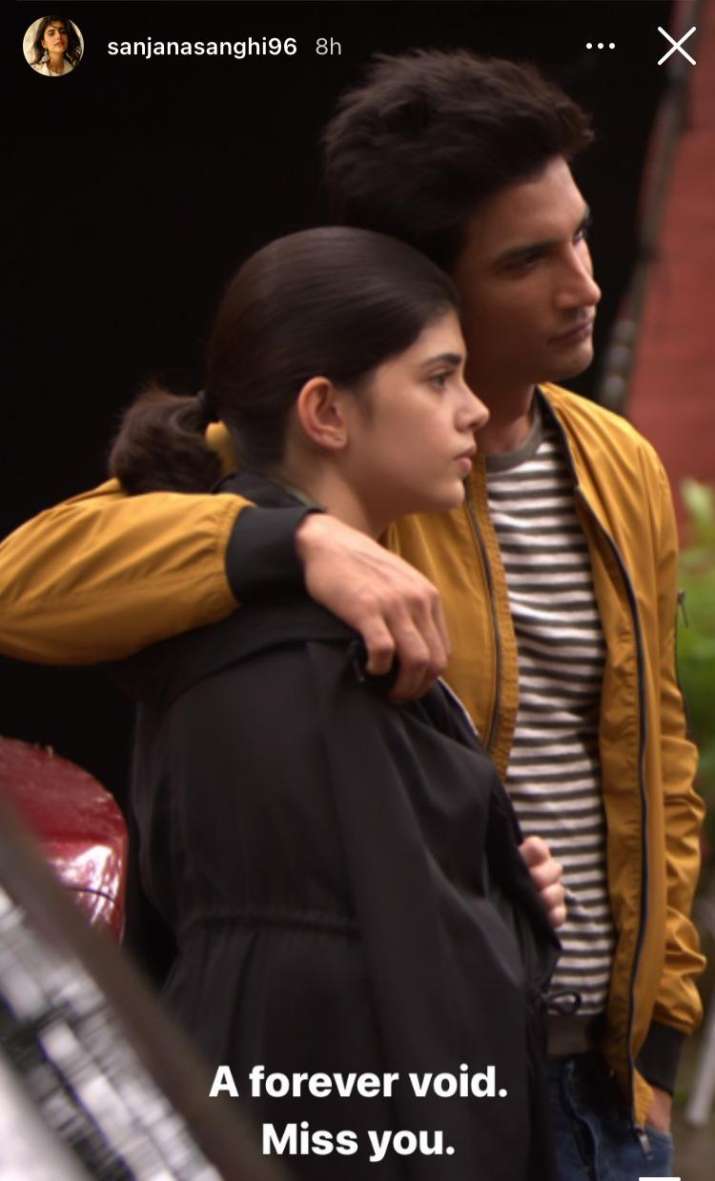 The film is an adaptation of John Green's 2012 novel The Fault in Our Stars. The film stars Sushant Singh Rajput and Sanjana Sanghi as terminal cancer patients.

Earlier, Dil Bechara director, Mukesh Chhabra also penned an emotional note to remember his friend and late actor Sushant Singh. He was also the casting director for Sushant's debut film, Kai Po Che. Mukesh wrote, "Nothing seems to be the same. The void you left behind still remains. Here's hoping I'll see you once again. Miss you Brother #stillnumb #sushantsinghrajput."

Sushant Singh Rajput passed away at his Bandra residence on June 14, 2020. Early investigations by Mumbai Police concluded that Sushant died by suicide. The case is still under investigation by the Enforcement Directorate, Narcotics Control Bureau and Central Bureau of Investigation.

Also Read: Rhea Chakraborty shares awwdorable pic with 'Bebu' Sushant Singh Rajput: 'There is no life without you'