Pics from Kareena Kapoor, Malaika Arora's reunion after months will make you miss your BFF

Malaika Arora and Amrita Arora reunited with Kareena Kapoor, at the actress' Mumbai home and going by the pictures, they seem to have had a blast in each others company.

Kareena Kapoor Khan met her girlfriends, Malaika Arora and Amrita Arora, after two months. The BFFs reunited at the actress' Mumbai home and going by the pictures, they seem to have had a blast in each others company. While actor Arjun Kapoor joined the girls for the intimate get-together, Kareena's sister and actress Karisma Kapoor was missing from the reunion. Also joining them was Amrita's husband Shakeel Ladak and their two sons Azaan and Rayaan Ladak.

Kareena also took to social media to share some fun pictures with Malaika and Amrita. Posting a blurry picture with Malaika, the actress wrote: “Gucci bffs forever.” In the picture, the two are seen wearing Gucci tops which have cartoon characters Mickey Mouse and Doraemon printed on them. In the comment section, Amrita asked Kareena to credit her for the click: Take a look: 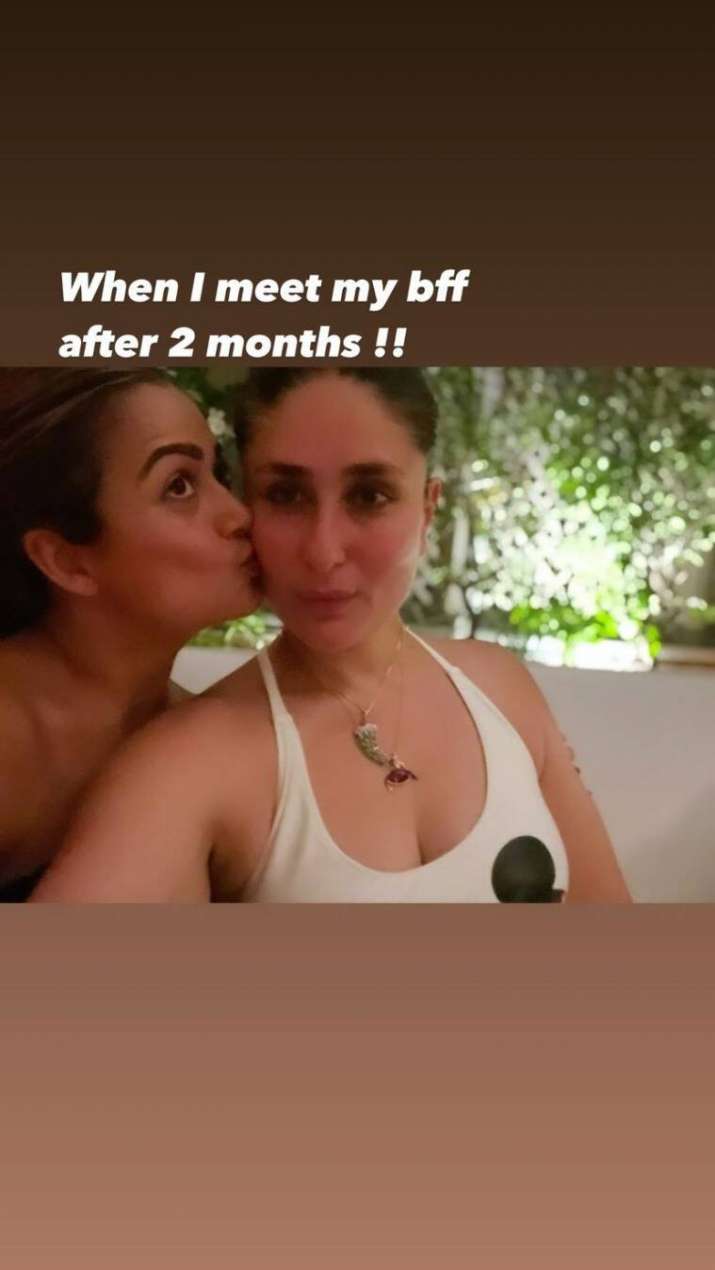 Recently, on "Super Dancer: Chapter 4" Malaika opened up about her and Amrita's friendship with the Kapoor sisters. Malaika said, she finds a lot of similarities between the two sets of siblings.

"Wo do behene hain, aur hum do behne hain. We are very similar… Humare kafi likes and dislikes similar hain. But humara group ka naam har hafte change hota hai. It all depends on what one says in the group. But the one common thing about the four of us is hume khana bohot accha lagta hai. So, everything revolves around food," she said.