Salman Khan is all set to launch his niece Alizeh Agnihotri in Bollywood. The young girl has been learning dance from Saroj Khan for the past 6 months.

Salman Khan, who is known for launching many new faces in Bollywood including Pranutan Bahl, Sooraj Pancholi, Zareen Khan, Daisy Shah is all set to introduce his own neice Alizeh Agnihotri to the industry. Alizeh is his sister Alvirah Agnihotri and Atul Agnihotri's daughter. The young lady is learning dance from renowned choreographer Saroj Khan. As the choreographer told a leading daily, Alizeh will become a Bollywood actress soon. She has been learning dance from Saroj Khan for the past six months.

The tabloid was quoted saying, "Alizeh took the Internet by storm when she recently modelled for aunt Seema Khan’s clothing line. She will be launched by Salman’s production house next year. Salman has already started scouting for a suitable script; he wants to launch her with a romance. Alizeh, on her part, is training in Indian dance forms as well as action, with the superstar closely monitoring her progress.”

Earlier, reports were doing rounds that Alizeh might debut in Bollywood in a minor role in Dabanng 3. However, that doesn't seem to be true now. Salman Khan has been shooting for Dabanng 3 in Indore at the banks of Narmada. The superstar has just wrapped shooting for the title track Hud Hud Dabanng in his signature Chulbul Pandey avatar. 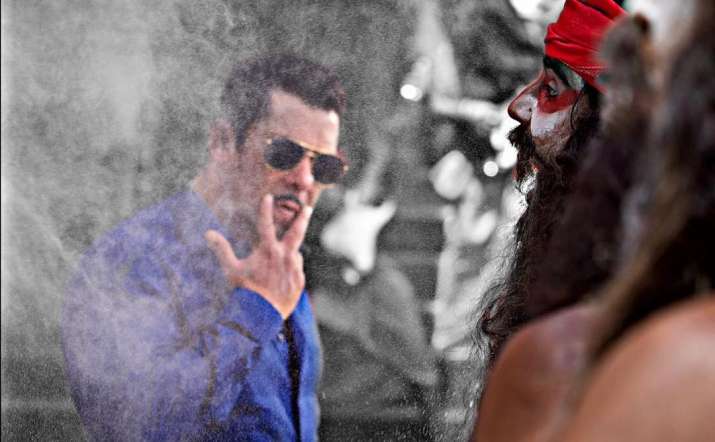 Sonakshi Sinha has also joined Salman Khan for Dabanng 3 shoot two days ago. She is reprising her role as Chulbul Pandey's wife Rajjo in the hit franchise. Sonakshi debuted in Bollywood with Dabanng back in 2010.