New Delhi: Rekha who is still recovering from failure of her film ‘Super Nani' got another blow losing her first ever commercial to Sonam Kapoor.It seems that Sonam Kapoor is all set to succeed Rekha

New Delhi: Rekha who is still recovering from failure of her film ‘Super Nani' got another blow losing her first ever commercial to Sonam Kapoor.

It seems that Sonam Kapoor is all set to succeed Rekha in all terms. After appearing in the remake of Rekha's 1980 hit film ‘Khoobsurat' Sonam Kapoor recently replaced Rekha in a chocolate commercial. The advertisement campaign of the international Chocolate brand Snickers was Rekha's maiden endorsement deal, which also featured Urmila Matondkar with her.

Looks like the chocolate brand changed its marketing strategy and decided to bring in a younger actress to impress the customers. The ‘Raanjhanaa' actress did not think twice and said yes instantly to the offer.

The ‘Umrao Jaan' actress who celebrated her 60th birthday last month gained a lot of appreciation for her ad. Though, it could not be said for her recently released film ‘Super Nani' that failed to make any mark at the box office.

‘Super Nani', which also starred Sharman Joshi and Ranbir Kapoor was directed by Indra Kumar. She worked very hard for few weeks to promote the film. The film failed to impress the critics and the audience and was a complete disaster. It released on October 31 and was declared a super flop.

Sonam Kapoor who will next be seen in ‘Dolly Ki Doli' opposite Pulkit Samrat seems to be enjoying the success of ‘Khoobsurat'. The Pakistani actor Fawad Khan starred opposite Sonam Kapoor in his debut Bollywood flick. 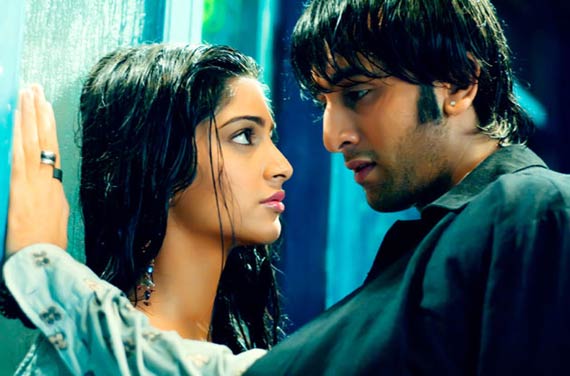 Sonam Kapoor who made her debut in the Bollywood with Sanjay Leela Bhansali's ‘Saawariya' is the daughter of Anil Kapoor'.