Tax Reforms: How the middle-class taxpayers can benefit from new system

Prime Minister Narendra Modi last Thursday unveiled faceless tax assessment and appeals to reduce the scope for corruption and overreach by officials, signalling a major reform in the income tax system in the country. Here's an expert view on how the new tax reforms will help the middle-class. 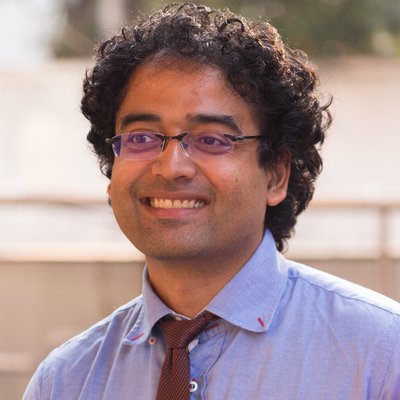 Do you think direct tax matters are complicated for you to manage because if something goes wrong you don't know how long will it take to make things right? If you answered ‘yes’, you are not alone because many people in the country have the same perception. Honest taxpayers often fear getting tangled in direct taxation-related problems because they feel the system is not transparent, and they might have an unpleasant interaction with an income tax officer. To allay such concerns, Prime Minister Modi recently launched a transparent platform for honouring the honest taxpayer that is meant for better compliance and to expedite the refund process. He called the new tax reforms as "honouring the honest".

The new platform is expected to benefit all the taxpayers. To better understand how the new tax reforms could benefit the middle-class taxpayers, let’s dig deeper into the three steps announced recently.

Under the old system, a taxpayer had to get in touch with I-T officials to get his tax assessment. The taxpayers’ identity was revealed, and they risked getting into messy interactions with the tax officer. Now, things will change completely with the introduction of the faceless assessment launched on August 13. The territorial jurisdiction is now abolished. You may live in one city, but your entire assessment may happen electronically from another city. There will be no face-to-face interaction between the I-T Department and the taxpayers and the latter would not be required to visit an I-T office or meet an officer for assessment. Taxpayers’ returns will be selected through the use of technologies like artificial intelligence and analytics and the cases will be allotted randomly through an automated process to any officer in the country. Any assessment, other than exceptions outside the faceless scheme, will be invalid. An appellate team will take the decision and review it on a case-to-case basis.

In the old system, taxpayers feared appealing against I-T Department's decisions due to chances of retaliatory action. The faceless appeal, which will be launched on September 25, 2020, will soon change this process. Appeals will now be allotted randomly to any I-T official anywhere in the country, and the identity of that official will remain anonymous. Taxpayers will not be required to visit the I-T Department offices or meet tax officers. However, there are a few exceptions to faceless appeals that include cases related to serious fraud, tax evasion of big amounts, and other highly sensitive matters. Cases associated with benami properties and black money will also be kept outside the ambit of faceless appeals.

Do you know what are your rights and responsibilities as a taxpayer? Most taxpayers don't know what they should do in various situations related to taxation. Similarly, most taxpayers are also not aware of the tax officers' responsibilities towards them. The taxpayer's charter, which was unveiled on August 13, clearly defines the taxpayers' as well as tax officers’ rights and duties. The charter will help taxpayers get tax-related issues resolved within a time-bound manner and set accountability for the tax officer.

HOW MIDDLE-CLASS TAXPAYERS CAN BENEFIT

Rich and affluent taxpayers usually hire big consultants and advisors who look after their tax-related matters while taxpayers in lower tax brackets or those who file nil returns usually don't have any issues related to tax filing. As such, it’s often the middle-class taxpayers who suffer during investigations or appeals. Tax disputes often take long for resolution, which can drain the impacted taxpayer’s time and money. However, the faceless tax platform will now help them in saving a lot of time and is aimed to make the entire process hassle-free. With no direct intervention and complete anonymity, the middle-class taxpayers will now be fearless and more inclined to handle their tax-related cases, so that they could get them resolved in a time-bound manner. These reforms will also make the entire process fast and transparent, something that would greatly benefit both the taxpayer and the tax department. Last but not the least, the faceless ecosystem is completely aligned with the social distancing norms of the post-Covid world.

(The writer is CEO, BankBazaar.com. The views expressed here are his own.)