Fujifilm Instax Mini LiPlay Review: It takes you to the days of ‘photographs’

Fujifilm Instax Mini LiPlay is one of the instant cameras coming from the company but this one's slightly different. It is a hybrid instant camera. Read on to know how is it

Remember the excitement to see the freshly-developed photos of a wedding or any family function? Or the astonishment of getting to see a photo out of a camera right after the photo was taken? All this is hardly there since the digital transformation of the world. While I am not complaining about the technological advancements, it's mainly about the feeling of nostalgia. The nostalgia of physical photographs, kept deep down in a cupboard to prevent them from any damage. The nostalgia of showing people photos of various events as a memoir.

But it's not a sad story. Because in 2020 (and even before that), these feelings are being taken care of. By various companies that include Fujifilm. Fujifilm still makes instant cameras with a twist of technology for an advanced experience, of course. One of the products by the company is the Instax Mini LiPlay, which is a hybrid instant camera, right for the purpose. The camera allows you to click instant photos and even get them printed from your smartphones. Isn’t it cool?

I got to use the camera for some time to see how it feels like to use one and whether or not investing in a thing like it is a feasible option. Read on IndiaTV Tech’s review to find out.

The Instax Mini LiPlay looks like a regular instant camera. Fujifilm has tried making its instant camera range a bit on the cuter side, making them look like a toy you would carry around with ease. The Mini LiPlay is just like that but doesn’t come in the pastel shades that other Instax cameras do. It gets four colour options: Elegant Black, Blush Gold, Stone White, and Dark Gray. I got the black one with rose gold tones that makes it a good-looking product. The shutter button, the camera module, the Instax Mini LiPlay branding, the surrounding part of the buttons, and even the ‘film’ button come in rose gold, ensuring there is a subtle amount of gold on the product. However, the colour options feel quite plasticky due to the texture it has on it. 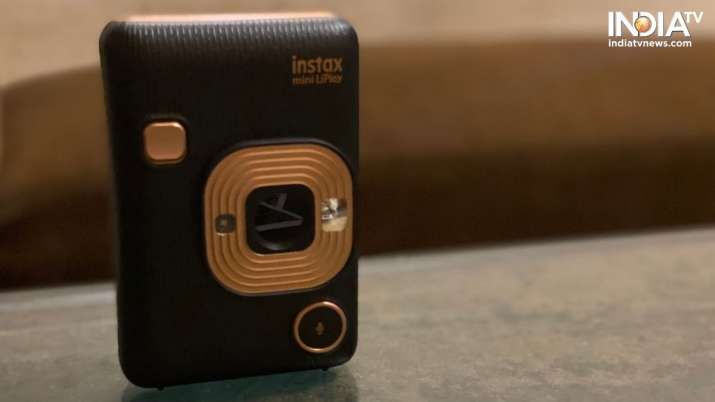 It is a cuboid-shaped camera with a number of elements on it. The front portion has a huge camera module with the camera lens, flash, and a small mirror to take selfies. There is a shutter button in the top left, the ‘Instax Mini LiPlay’ branding in the top right corner, and the audio recorder button in the bottom right corner. The back portion has an LCD monitor. There is a cross key with the menu/ok button, along with the back/playback/print buttons in the bottom portion. The top portion has the ‘film’ slider to open and insert the film. The left side has the three shortcut buttons, a power on/off button, and the microSD card slot. The top is where the instant photos come out and the bottom part has the USB port for charging. 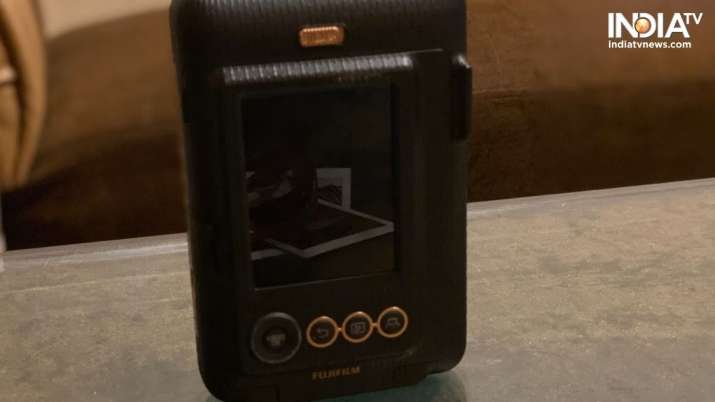 When you first start using the device, it gets obvious to get confused with all the buttons and the traditional functionality. But, after once or twice, the usage becomes easier and the product is capable of becoming your go-to camera, given its portability. 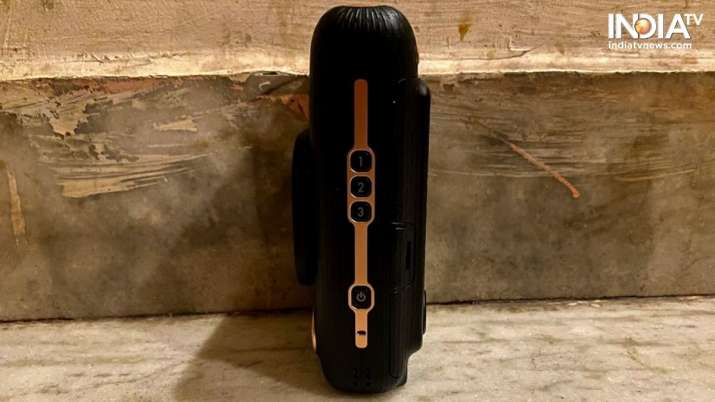 The instant camera gets a 2.7-inch TFT colour LCD display and a lithium-ion battery. It has 1/5-in. CMOS with a primary colour filter image sensor with f/2.0 aperture, single autofocus, and 2560 x 1920 effective pixels. It has built-in storage to hold up to 45 files and support for an SD card. It comes with support or photo filters, frames, and voice recording support. It measures 82.5 mm x 122.9 mm x 36.7 mm and weighs 225 grams. 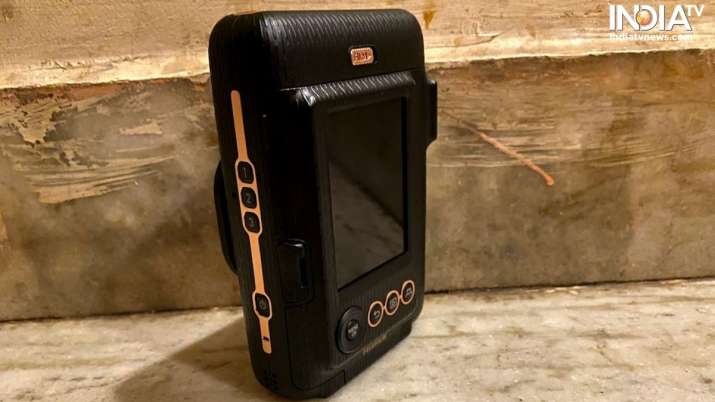 Additionally, the printer supports Fujifilm Instant Film Instax Mini that has 10 films per pack. Each film has a size of 86 mm x 54 mm and an image size of 800 x 600 dots. It is expected to take 12 seconds for the camera to print out a single image.

The hybrid camera seems difficult but is easier to set up. You just need to switch it on by long-pressing the power button and once it's on just connect it to your smartphone via the Fujifilm Mini LiPlay app. The app is available for both Android and iOS users. To give you a gist, you just have to open the app, switch on the Bluetooth, tap on the camera name, and it will get connected. For the film, you just need to slide the ‘film’ button, put it in the film box, and you are good to go. Once the film is inserted, the additional layer will pop out of the film ejection slot, following which you are good to print the photos. 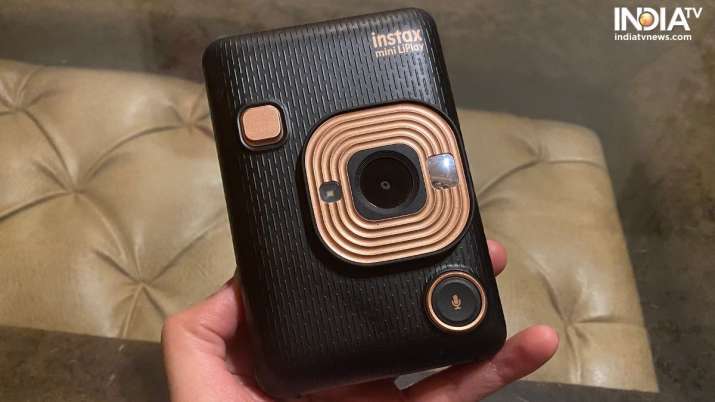 Whatever time I spent with the camera was fun and delightful. Taking or printing images and getting to see the magic of an instant photo developing right in front of you was an amazing experience. I used the device for both cases: clicked images and then printed them and printing of an existing image. In Case 1, clicking images, adding some edits to it, and then printing it was simple. You just have to get used to operating the device. The best part is when you click the Print option, the image moves in the upward direction on the screen and seconds later it gets printed so as to show you how instant the process is. The images taken are decent: neither perfectly detailed nor poorly grainy. The printed images also come out fine. The main problem I faced was while applying the filters as I faced difficulty in adding the filters. In Case 2, I just had to choose the Direct Print option within the app, select the image I wanted to print, and within seconds, it got printed. You can apply the various edits from the app and that was quite easy to do. 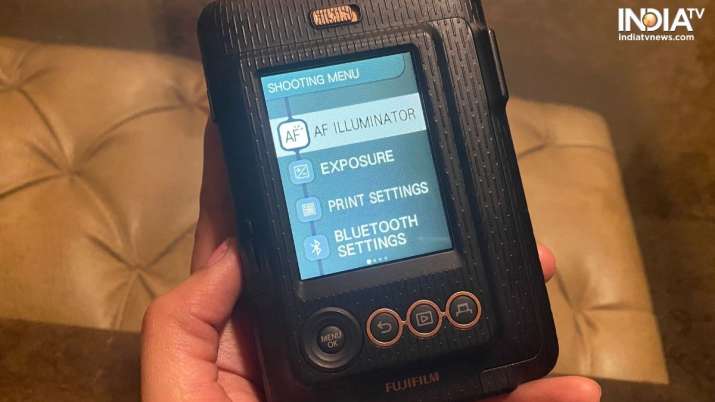 One interesting feature, which is also impressive, is the ability to add sounds to your images. Confusing? It isn’t really. When you click a picture you just need to press the audio button and record a sound. The sound will be added to the photo in the form of a QR code, which by the way, can be edited too. Now when the photo gets printed, you can scan the QR code to listen to the audio. Sounds like a perfect surprise for someone. 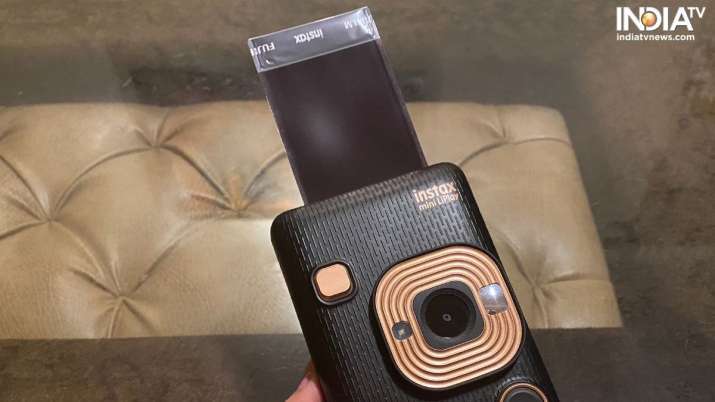 There is also the ability to add frames to the Shortcut buttons so that you can directly add a frame of your choice by pressing any of the three buttons, and the Remote Shooting option to control the camera via your phone. However, it doesn’t really provide you with the convenience of taking photos via the phone as you would still have to look into the instant camera while getting clicked. 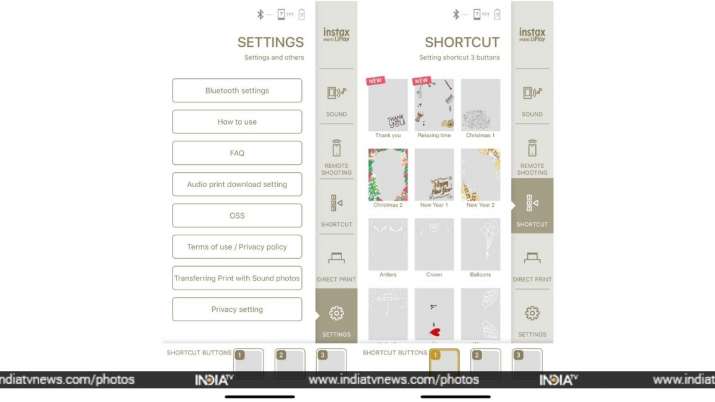 Among others, the battery was decent and lasted me a couple of days on a single charge. It charges fully in about 1.5 hours. The flash is switched on while it charges and when the charge is full, it turns off as an indicator. 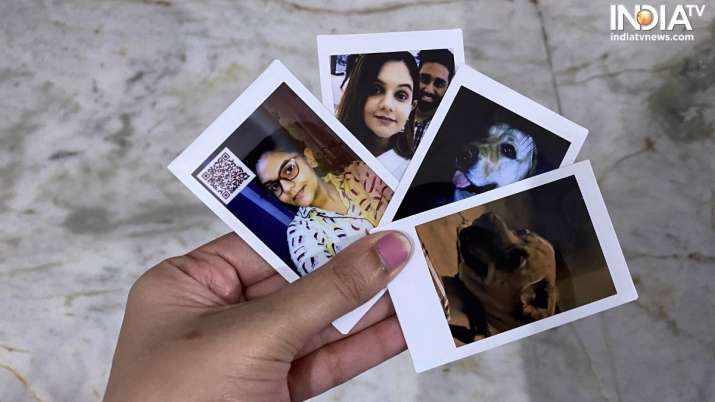 While the whole experience and the process were just right, there were two problems. Firstly, the images take a few minutes to develop and won’t take seconds. Secondly, the Remote Shooting isn’t that impressive and doesn’t prove to be a convenience.

The Fujifilm Instax Mini LiPlay is an amalgamation of old and new. It keeps the idea of physical photos alive with technology going hand-in-hand so that we don’t get bored of it. In the tech world where things are getting monotonous, the Instax camera range is here to provide some freshness that you would need from your smartphone cameras or DSLRs. The Mini LiPlay, for Rs. 11, 499, isn’t ‘money gone down the drain.’ Of course, those who aren’t into the concept won’t even want to think of spending on this product. But the interested ones will definitely like it and investing in it isn’t a waste really.