Google mistakenly listed Android 11 on its developer preview page. See what it means

As we have fully stepped into 2020, we expect to see new things from tech companies as a mandatory ritual. Google is one of them and it is now expected to release its next-gen operating system -- Android 11. The launch seems to be nearing as Google inadvertently teased the Android 10 successor.

Google listed Android 11 on its developer preview website. However, it got removed from the site soon after. Android Police was kind enough to take a screenshot of the same, which gives a glimpse of how the upcoming Google OS will be.

As per the screenshot, Android 11 is shown to comes with privacy-focused features, API support for foldable smartphones, better sharing connectivity and a lot more. However, the mentioned features are also mentioned in the Android 10 listing on the website.

You can have a look at both the listings and see for yourself: 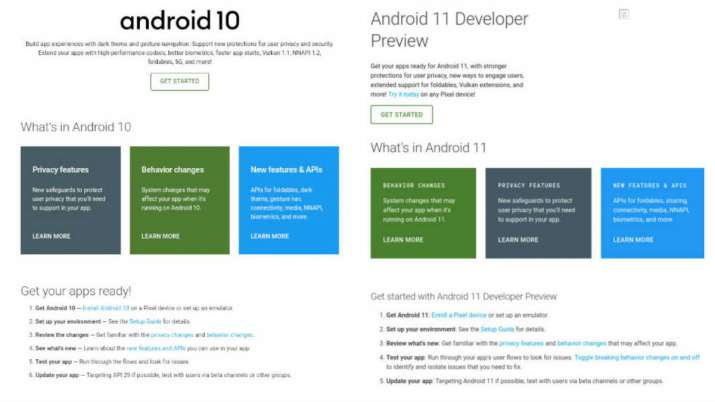 This gives un an inkling that apart from the unknown new features, Android 11 will come stacked with some of the Android 10’s features too. On the contrary, this could be just a mistake and there could new Android 11 features altogether.

Nonetheless, we at least know Android 11 is coming soon since Android 10 developer preview was released in March last year.

We will keep you posted once we get more official information. Hence, stay tuned to this space.