New Delhi: The ninth edition of Indian Premier League (IPL) has already launched with lot of enthusiasm. Like all other seasons, this edition is also very high on entertainment and fanfare. While players on field and

New Delhi: The ninth edition of Indian Premier League (IPL) is underway and fans and cricketers are enjoying it to the fullest.

Like all other seasons, this edition is also very high on entertainment and fanfare. While players on field and cheerleaders on stands add much glamour to the game, how can we forget the sassy female anchors of IPL?

Apart from high voltage matches and big hits, the cash-rich Twenty20 league have hot anchors, a man cannot resist seeing, even if he is not at all interested in cricket.

From Archana Vijaya to Rochelle Rao, every single female host has impressed us with her charismatic style and grace.

This year too, we have some pretty anchors who are perfect example of beauty with brains ideology.

Take a look at some hot IPL hosts who have served IPL in various editions...

1. Rochelle Maria Rao: Currently anchoring the IPL season 9, Rochelle has earlier been a co-host in IPL 2013 with Karishma Kotak. One of those pretty girls who have been crowned ‘Miss India', Rochelle Rao is a wonderful anchor. Rochelle Rao simply stands for a perfect combination of beauty with brains ideology. She was also found in the last season of Big Boss.

2. Pallavi Sharda: Part of IPL season 9 presentor's list, this beauty was crowned ‘Miss India Australia’ in Sydney in the year 2010. She was also seen playing small roles in movies ‘Hawaizaada’ and ‘Besharam’. She, along with Rochelle Maria Rao, replaced Shibani Dandekar and Archana Vijaya who were earlier anchoring for the cash-rich league. 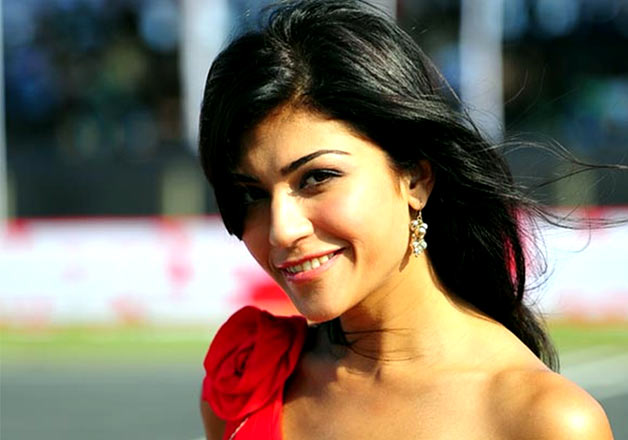 3. Archana Vijaya- One of the most familiar faces in anchors, Archana hosted IPL 2015. Archana is one of the best cricket anchors in India and was signed up with Neo Sports for their match broadcasts. She has hosted shows such as “Tour Diary for extra cover” and “Cricket Masala mar ke”. High on style, the lady carries herself with poise and grace.

4. Shibani Dandekar- A singer, actor and a model by profession, Shibani has been part of various IPL seasons. She has been doing Extra Innings since the fourth edition of IPL. She reviews and discusses cricketing techniques with some great experts like Navjot Singh Sidhu and Shoaib Akhtar in it.

6. Shonali Nagrani- Shonali Nagrani was the first lady to host IPL. She hosted the first season of the IPL. Apart from IPL, Shonali has hosted several cricket news and Extra Innings of the IPL and the T20 world cup show on ESPN-Star Sports with Cyrus Broacha.

7. Mayanti Langer- Wife of Rajasthan Royals all-rounder Stuart Binny, Mayanti Langer has anchored cricket shows in the India-South Africa Test series on Ten Cricket channel. She was also part of commentary team of Star Sports during recently ended World Cup tournament. She has earlier worked with ESPN as well and is one of the well-known faces in cricket commentary.