Wishes are pouring in for Virat Kohli and Anushka Sharma, after the former took to his official social media profiles to announce that they are expecting a child.

Indian captain Virat Kohli announced on his official social media profiles on Thursday that he and Anushka Sharma are expecting a child. He posted a picture with Anushka, captioning "And then, we were three! Arriving Jan 2021."

Ever since the announcement, the wishes have been pouring in for the couple.

The BCCI, on their official Twitter profile, congratulated the couple.

Virat Kohli's franchise in the Indian Premier League, Royal Challengers Bangalore also wished their captain and his wife. "Congratulations to @imVkohli and @AnushkaSharma on the new family member coming home in Jan! We couldn’t be more excited!" they wrote.

Indian off-spinner Harbhajan Singh, who has shared the dressing room with Virat Kohli during the latter's formative years, congratulated the couple on Instagram. "Many congratulations," he wrote.

Leg-spinner Yuzvendra Chahal, who is also the part of the Royal Challengers Bangalore franchise, wrote, "Congratulations bhaiya and bhabhi." 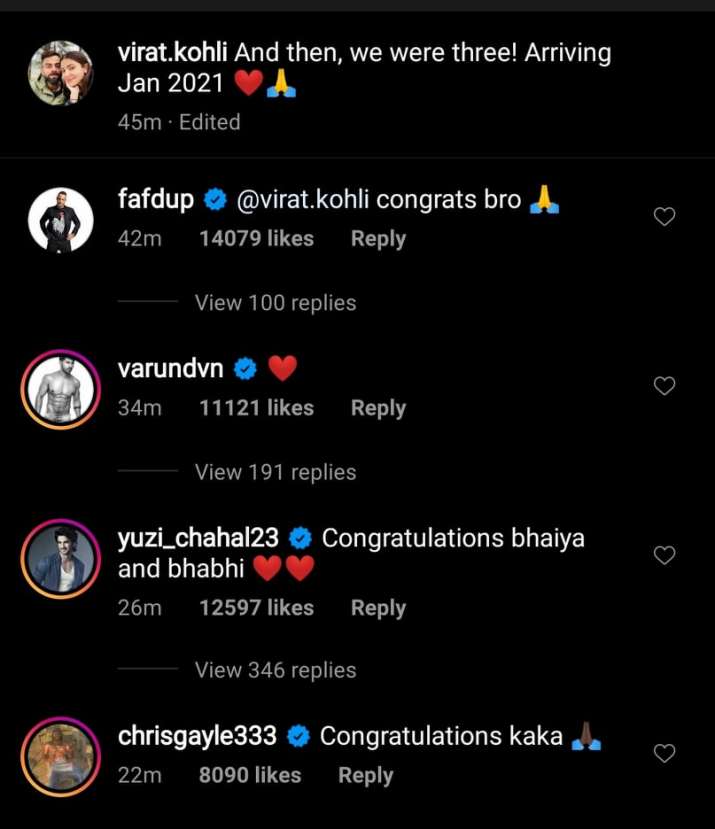 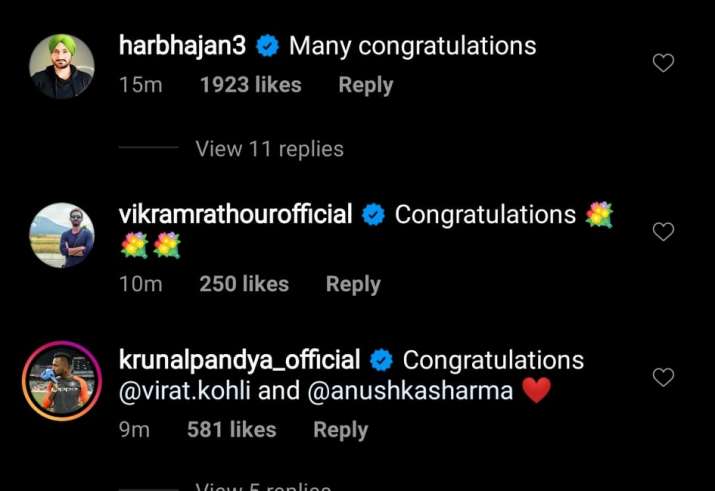