Arjun, the last player to be bought at the event, was snapped up by the Mumbai outfit at his base price of INR 20 lakh.

Arjun, son of legendary Sachin Tendulkar, grabbed headlines on Thursday after he was picked by defending champions Mumbai Indians at the IPL 2021 Auction in Chennai. Arjun, the last player to be bought at the mini-auction, was snapped up by the Mumbai outfit at his base price of INR 20 lakh.

It was hardly a surprise given that he has been a net bowler for the franchise for the past two-three seasons. After being bought by the Rohit Sharma-led side, Arjun thanked the coaches, owners and the support staff for showing faith in him.

IPL 2021 Auction: How the eight teams look on paper ahead of 14th season

"I would like to thank the coaches, owners and the support staff for showing faith in me," said Arjun in a video shared by Mumbai Indians on Twitter.

After Arjun was picked in the auction, his sister Sara Tendulkar also lauded him and shared a story on Instagram. “Nobody can take this achievement away from you. It is yours," she wrote. 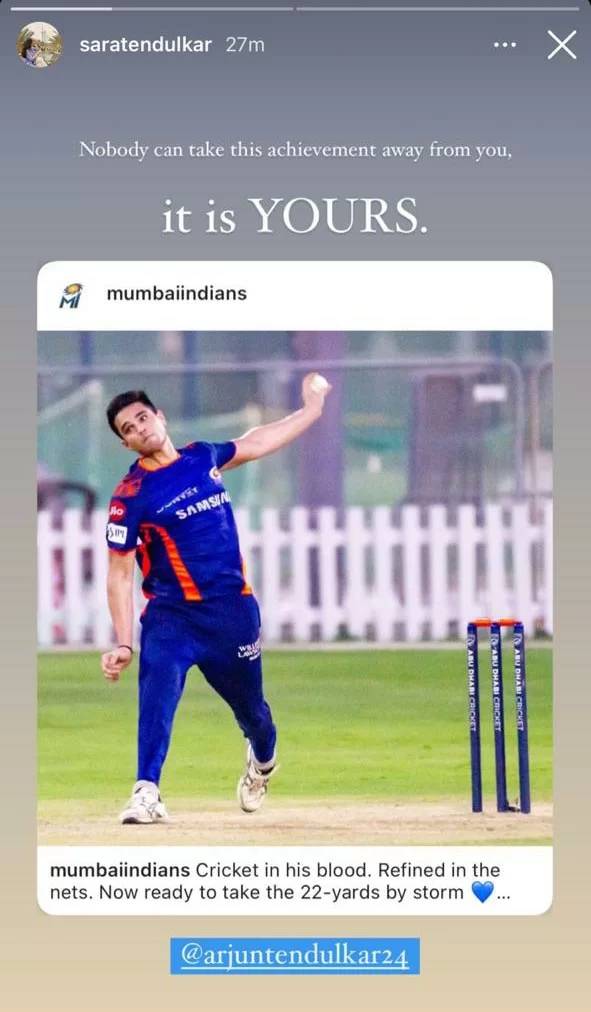 Head coach of Mumbai Indians, Mahela Jayawardene, also backed Arjun to evolve his way up and said that the franchise has picked him only on the basis of skills-set.

"We have looked at it purely on a skills-basis, I mean, there is going to be a big tag on his head, because of Sachin, but luckily he is a bowler, not a batsman, so I think, Sachin will be very proud if he could bowl like Arjun," Jayawardene said at a virtual press conference held after the auction.

Mumbai Indians owner Akash Ambani also praised Arjun's 'beautiful' skill-set and pointed out that there are not many players in world cricket who can bowl and bat left-handed.

"Arjun has a beautiful skill-set, he is a left-arm fast bowler and can bat left-arm, there are not many of those in world cricket, but it is very important that his process and progression happens as any other young cricketer’s progressions happen," said Ambani