India vs Australia: Five historic buzzwords that have defined the rivalry

In this article, we look at five such catchwords/phrases which have defined and sometimes redefined cricket between the two sport-loving nations.

Australia vs India - unarguably one of the biggest rivalries in cricket at the moment has already started with a short 3-match T20I series which ended level 1-1 just over a week ago in Sydney. The tour match that followed saw the Indian bowlers toil away for more than 150 overs in the field against a Cricket Australia XI side who had a combined experience of just 78 first-class matches.

However, this has not dented the spirit of the Indian team a bit as under its firebrand skipper Virat Kohli they are fancying their chances against a weakened Australian side, this time Down Under - a country where they are yet to win a Test series and where they last won a Test match 15 years ago. Whatever be the result of the four-match Test series that begins on December 6, one thing is for sure - entertainment is guaranteed.

Since the first tour of a newly independent India to Australia in 1947 against Don Bradman's Invincibles to the MS Dhoni/Kohli led side's 0-2 drubbing in 2014, India-Australia contests have always thrown up something that tends to stick into the minds of the cricket lovers. Whether it was Steve Waugh handling the ball in the Chennai Test in 2001 or VVS Laxman's mind-boggling 281 in the previous game of the same series when these two nations clash on the cricket field fans can expect magic to happen. After all, this is the same rivalry which has served us some of the game's most memorable and iconic contests and buzzwords. In this article, we look at five such catchwords/phrases which have defined and sometimes redefined cricket between the two sport-loving nations. Here they are: 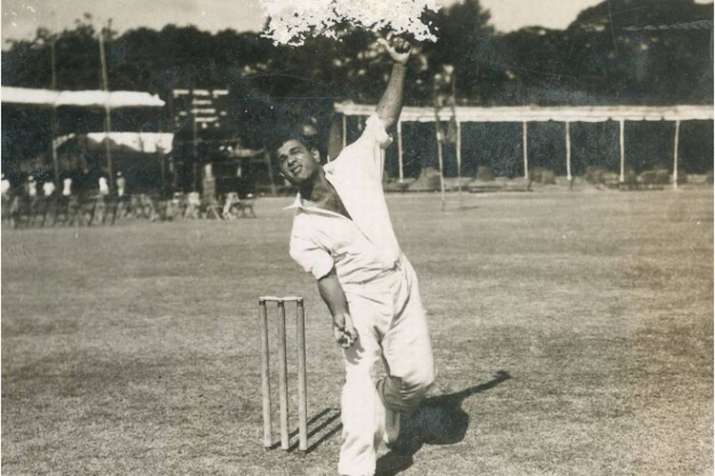 Perhaps the only catchphrase named on a cricketer that is now also synonymous with a certain mode of dismissal in cricket. The fact that the incident which gave birth to the word occurred during India's inaugural visit to the Australian shores makes it even more remarkable. When Vinoo Mankad ran out Aussie batsman Bill Brown at the bowler's end for backing up too far even before the ball was delivered, the incident caused a furore in the cricket world with the purists arguing that the mode of dismissal was against the spirit of cricket. However, in Mankad's defence, he had already warned Brown about his early wandering off the crease a month ago against an Australia XI at the same ground in Sydney and had declared that he won't shy away from running him out the next time Brown backs too far. With the laws of cricket also saying nothing against the mode of dismissal, since then every such act to run out the non-striker has come to be known as 'Mankading'. 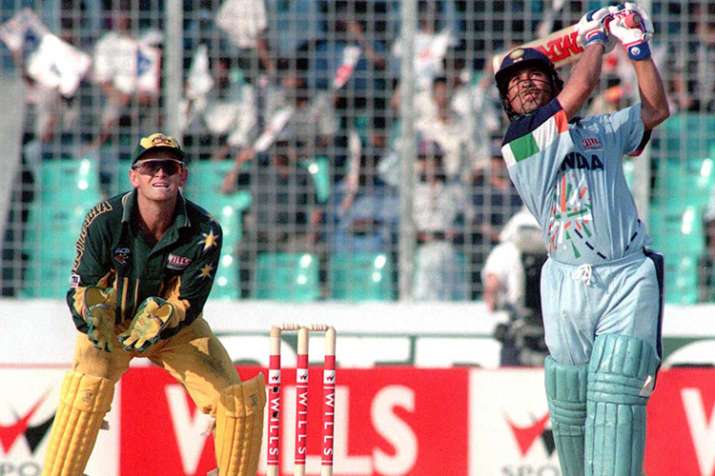 If you were asked to choose one out of the 782 innings that Sachin Tendulkar played for India, as the one which affirmed his status as a world beater I would expect you to scoff at the question, even throw cuss words at me and if and only if you are as patient as a tortoise maybe you won't end up slapping me. But his twin hundreds in Sharjah against the formidable Australians within three days in the two final games of the Coca-Cola triangular trophy, in my opinion, affirmed his status as a cricketing god in India. The first of these two tons was interrupted when play was halted due to a sandstorm that swept across the ground reducing India's target marginally. While India still fell short of the target, Sachin's Desert Storm had made sure that the Men in Blue pipped the third side New Zealand to set up the final against the Kangaroos two days later. In that final, the Desert Storm raged again but this time it only hurt the Aussies as Sachin's scintillating 134 blew them away. 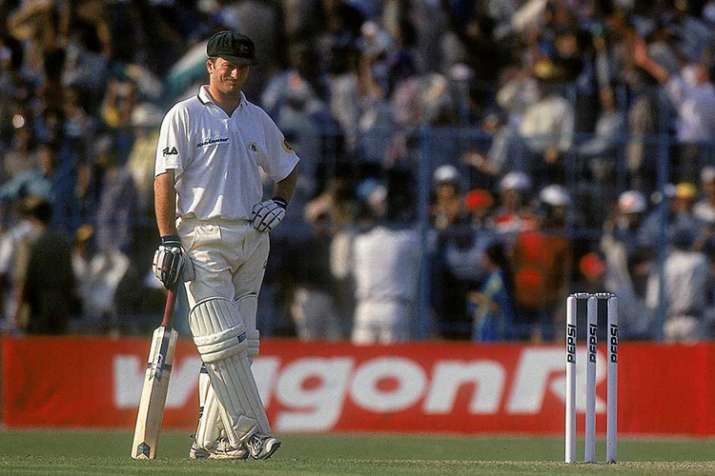 When Steve Waugh's Australians - who were on a 15 Tests winning streak - arrived in India in 2001, the gritty skipper called it the 'final frontier', a term borne out of the fact that the visitors had not won a Test series in the country for the past 31 years. But even the stoic Waugh wouldn't have imagined that with the streak being extended to 16 and India following on in the second Test at the Eden Gardens, the final frontier would show its true colours. After VVS Laxman produced the innings of his life, Harbhajan's off-spin left the Kangaroos spellbound as they succumbed to an eventual 1-2 series loss still unable to conquer the ultimate challenge. In some ways, for Virat Kohli, the upcoming four Tests in Australia are similar to the challenge Waugh had faced in 2001. Because, mind you, India are yet to win a Test series in Australia in their cricket history. 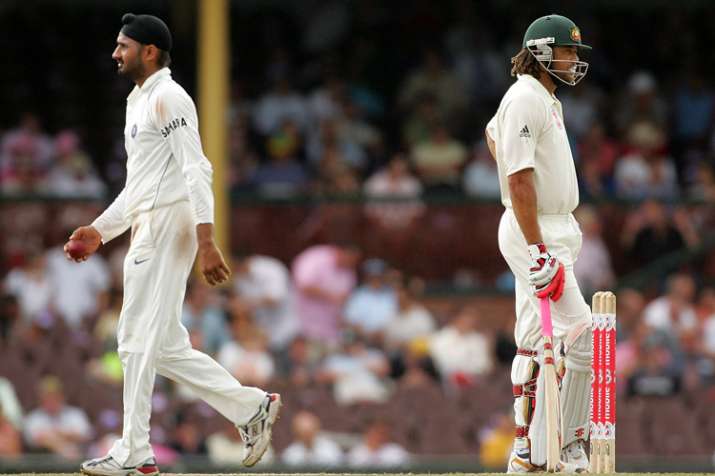 The controversy to top all controversies. The incident that showed the full might of the BCCI. The event that changed the equations in world cricket forever. After Aussie middle-order batsman Andrew Symonds alleged that Indian off-spinner Harbhajan Singh had called him a 'monkey' during the Sydney Test in 2007-08, tensions flared up quickly between the two rivals leading to a situation where India threatened to pull out of the tour if the three-match ban slapped on Singh was upheld. BCCI flexed its muscles and the ICC winked leading to the ban being overturned but it did leave the Australian cricketers seething. The incident was, without doubt, the lowest point in the history of India-Australia cricket history. 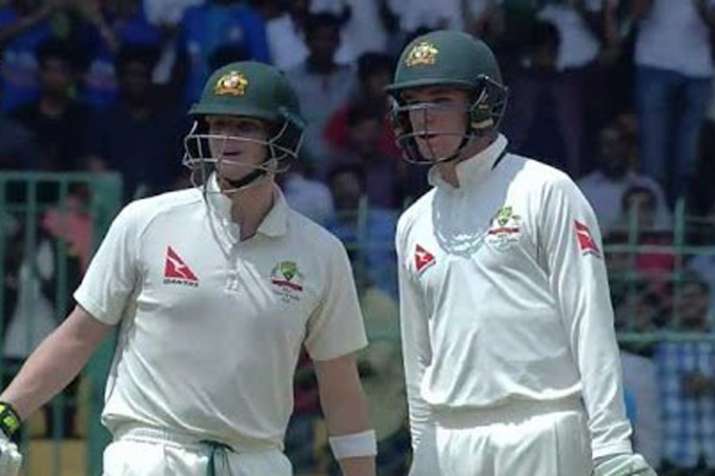 "How many times have you tried cheating in a Test match? Twice. Were you caught? Yes, both times." These are not quotes but the statements are factually true when you consider the actions of the now-banned ex-Australia captain Steven Smith whose first Test series as skipper on Indian soil was marred by the 'brain-fade' incident. On the 2017 tour of India with the series on the line, Smith looked up at the Bangalore players' balcony in hope of getting a clue regarding appealing for a DRS review after he was given out by the on-field umpires. When the Indian players noticed it, they raised a furore forcing the umpires to send the opposition captain back to pavilion with a warning. Later in the press conference, he accepted the charge calling it a  'brain-fade' on his part. Just about a year later another error in judgement in South Africa led to him being banished out of the international circuit for a year. One can only hope that Smith has learned his lesson now.