Lunar Eclipse 2020: Where and how to watch Chandra Grahan live stream today; India timings and more

Lunar Eclipse 2020: The 'Wolf Moon Eclipse' is set to take over the world on today. Skygazers should read below to know about the timings of Chandra Grahan in India, how and where to watch lunar eclipse and the link to Chandra Grahan live streaming.

What is Lunar Eclipse?

During Lunar Eclipse, the Moon passes directly behind Earth and into its shadow. The phenomenon occurs only when the Sun, Earth, and Moon are exactly or very closely aligned (in syzygy), with Earth between the other two. A lunar eclipse can occur only on the night of a full moon. The type and length of a lunar eclipse depend on the Moon's proximity to either node of its orbit.

What happens during Lunar Eclipse?

During a total lunar eclipse, Earth completely blocks direct sunlight from reaching the Moon. The only light reflected from the lunar surface has been refracted by Earth's atmosphere. This light appears reddish for the same reason that a sunset or sunrise does: the Rayleigh scattering of bluer light. Due to this reddish color, a totally eclipsed Moon is sometimes called a blood moon.

What is Blood Moon? 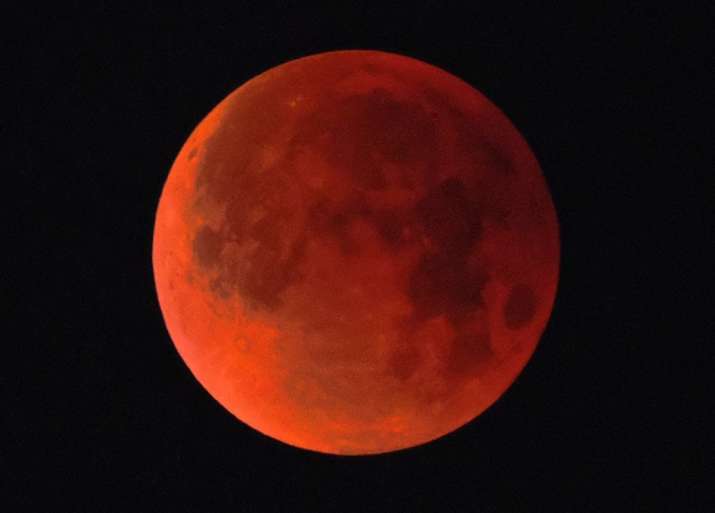 Blood Moon is not a scientifically-recognized term, though certain lunar eclipses have been referred to as blood moons. This term has been given two separate, but overlapping, meanings -- The first, and simpler, meaning relates to the reddish color a totally eclipsed Moon takes on to observers on Earth. As sunlight penetrates the atmosphere of Earth, the gaseous layer filters and refracts the rays in such a way that the green to violet wavelengths on the visible spectrum scatter more strongly than the red, thus giving the Moon a reddish cast.

The second meaning of "blood moon" has been derived from this apparent coloration by two fundamentalist Christian pastors, Mark Blitz and John Hagee. They claimed that the 2014–15 "lunar tetrad" of four lunar eclipses coinciding with the feasts of Passover and Tabernacles matched the "moon turning to blood" described in the Book of Joel of the Hebrew Bible. This tetrad was claimed to herald the Second Coming of Christ and the Rapture as described in the Book of Revelation on the date of the first of the eclipses in this sequence on April 15, 2014.

Unlike solar eclipses, lunar eclipses are safe to view without any eye protection or special precautions, as they are dimmer than the full Moon. You don't need a telescope or any other special equipment. However, binoculars or a small telescope will bring out details on the lunar surface.

Where will Lunar Eclipse 2020 be visible? 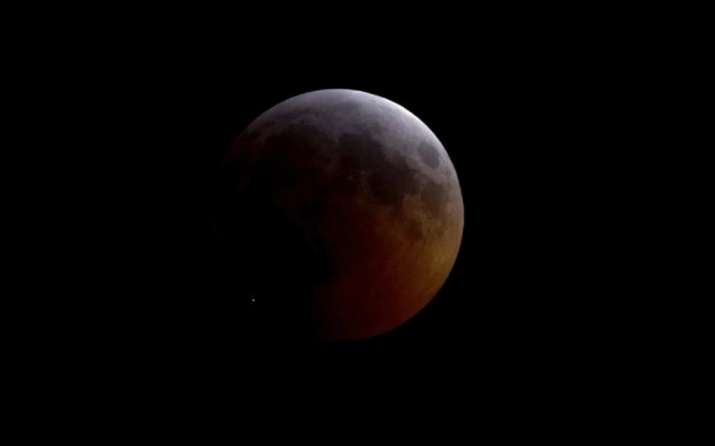 The Chandra Grahan or the Lunar eclipse will be visible in India. The Wolf Moon Eclipse phenomenon can also be viewed in countries across Asia, Africa, and Europe, Australia, Pacific, Atlantic, Arctic and the Indian Ocean.

The United States of America will not be able to watch the Lunar Eclipse 2020 as the region will be in daylight.

According to various reports, the lunar eclipse in India will begin at 5:07 pm and will conclude at 10:37 pm today. Skygazers awaiting the Wolf Moon Eclipse phenomenon should note that the maximum eclipse will begin at 7:10 pm and the same will conclude at 12:40 am. The Penumbral Eclipse would end on January 10 at 9:12 pm and January 11 at 2:42 am.

Those who wish to watch the Chandra Grahan phenomenon live should watch it on the YouTube channel of CosmoSapiens. CosmoSapiens will be live streaming the penumbral lunar eclipse celestial event.

When will next Lunar Eclipse take place?

Also Read | Wolf moon eclipse on January 10: Where to watch, timing of the first lunar eclipse of 2020