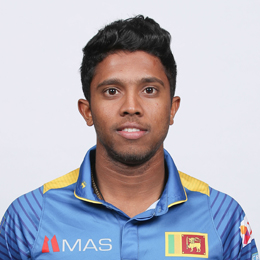 Having made his Test debut at the tender age of 20, the right-handed Mendis is one of Sri Lanka's biggest batting hopes at the moment. His series-defining 176 against the visiting Australians at Pallekele in 2016 has now attained the status of one of the best ever Test innings by a Sri Lankan. Shifting seamlessly to the shorter formats, Mendis has proved that he is capable of upping the ante when required, though his poor form of late would be a worry for the Islanders given the ICC World Cup 2019 is barely six months away.