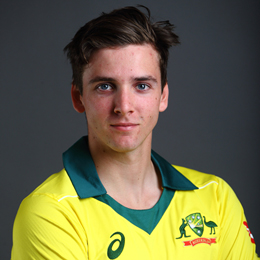 The lanky fast bowler from Western Australia earned a maiden call-up to the national team after having a bumper 2016-17 season at the Big Bash League where he was also the Man of the Match in the final against Sydney Sixers. Since then he has also impressed against India in limited overs series in 2019 and looks set to emerge as a genuine bowling option for an injury-prone Australian attack.

BBL 09: Jhye Richardson runs out Jake Weatherland in the most unique of ways. Watch

With the ICC World Cup 2019 on radar, Pat Cummins to miss final two ODIs against Pakistan