Pompeo said the Trump administration has recalled envoy Zalmay Khalilzad, who has been negotiating with Taliban leaders for months in Qatar, and it will be up to the insurgent group whether talks will resume.

Pompeo said the Trump administration has recalled envoy Zalmay Khalilzad, who has been negotiating with Taliban leaders for months in Qatar, and it will be up to the insurgent group whether talks will resume.

Critics denounced Trump’s plan to hold the Camp David meeting just days before the 18th anniversary of the Sept. 11 attacks, and they said Trump was giving legitimacy to extremists who are responsible for the deaths of more than 2,400 U.S. service members in America’s longest war.

Pompeo said Trump wanted to look the Taliban leaders “in the eye” while Khalilzad worked to finalize an agreement that would allow the U.S. to start withdrawing troops. Pompeo defended Trump’s planned talks, saying the presidential retreat in Maryland was an “appropriate place,” given that it had been the venue for Mideast peace negotiations and other diplomatic meetings.

Trump tweeted Saturday night that he canceled negotiations with the Taliban in the wake of Thursday’s car bombing that killed an American soldier, a Romanian service member and 10 civilians in a busy diplomatic area near the U.S. Embassy in the Afghan capital. The bombing was one of many attacks by the Taliban in recent days. Sgt. 1st Class Elis A. Barreto Ortiz, 34, was the fourth U.S. service member killed in the past two weeks in Afghanistan.

“They tried to use terror to improve their negotiating position,” said Pompeo, who appeared on five Sunday TV talk shows. “The Taliban overreached.”

Pompeo said the agreement in principle that had been negotiated with the Taliban included their commitment to break with al-Qaida. The Taliban harbored al-Qaida before that group conducted the 9/11 attacks against the United States.

“And then the Taliban failed to live up to a series of commitments that they had made, and when that happened President Trump said, ‘I’m not going to take that deal. I’m not going to work with someone that can’t deliver on their commitments,’” Pompeo said. 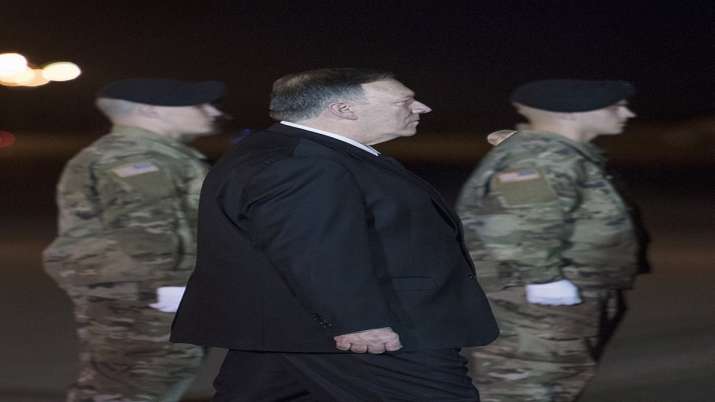 The Afghan government says it doesn’t believe talks between the United States and Taliban will continue “at this stage.” Taliban said Americans would be the ones who suffer from Trump’s cancellation of the talks.

Afghan presidential spokesman Sediq Sediqqi confirmed that Afghan President Ashraf Ghani had wanted to go to Washington to speak with Trump about his concerns “but I am not able to go into the details of the particular trip.” The details of the U.S.-Taliban deal that had been shown to Ghani last week “were not convincing,” Sediqqi said. “Let’s see the future.”

The Taliban said canceling the talks damages “the credibility” of the U.S., but that they think the U.S. will return to the negotiations.

“Both sides were preparing for the announcement and signing of the agreement,” the insurgent group said in a statement, saying they had been invited to the United States in late August but wanted to wait until the deal was ready to be signed. Now, “we will continue the ongoing jihad (against foreign occupation) and we firmly believe in the ultimate victory.”

Pompeo said he hopes that’s not the case and that the Taliban will recommit to the issues being negotiated.

Criticism of the Camp David outreach came from even Trump supporters.

“Camp David is where America’s leaders met to plan our response after al Qaeda, supported by the Taliban, killed 3000 Americans on 9/11,” Rep. Liz Cheney, R-Wyo., said in a tweet. “No member of the Taliban should set foot there. Ever.”

GOP Rep. Adam Kinzinger of Illinois, a veteran, also voiced dismay: “Never should leaders of a terrorist organization that hasn’t renounced 9/11 and continues in evil be allowed in our great country. NEVER. Full stop,” he said. 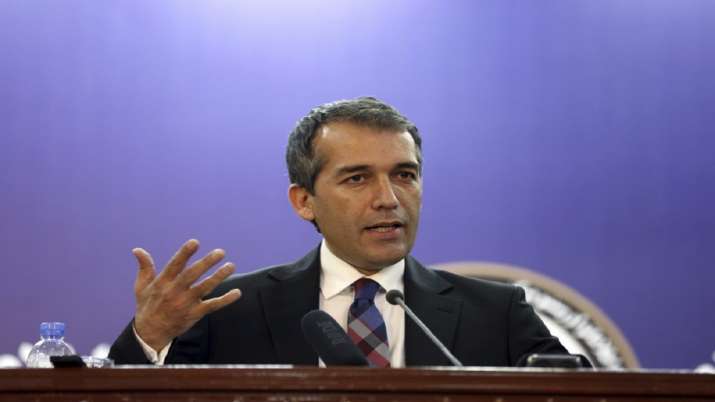 The Afghan government, sidelined from the negotiations, said it has “always said that a real peace will come when the Taliban stop killing Afghans and implement a cease-fire and start direct negotiations with the Afghan government” on the country’s future — talks that were meant to quickly follow a U.S.-Taliban deal.

The Taliban’s new statement said those talks had been meant to start on Sept. 23, five days before Afghanistan’s presidential election.

Pompeo acknowledged that the attack was not the first since the talks began and said the U.S. has been attacking the Taliban too. Pompeo said more than 1,000 Taliban have been killed in battle during the past 10 days alone, but he didn’t elaborate so it was unclear whether they were killed by American airstrikes or by the Afghan security forces, which have been on the front lines since the U.S. ended its combat mission in 2014. The American forces now are training, advising and assisting the Afghan fighters.

Trump’s move puzzled observers, who pointed out that both the Taliban and U.S. and Afghan forces have increased fighting in recent months to strengthen their position in the talks. Civilians have suffered more than anyone in what was the world’s deadliest war in 2018.

Canceling the talks also goes against Trump’s pledge to withdraw the remaining 13,000 to 14,000 U.S. troops from Afghanistan and end U.S. involvement in a conflict. 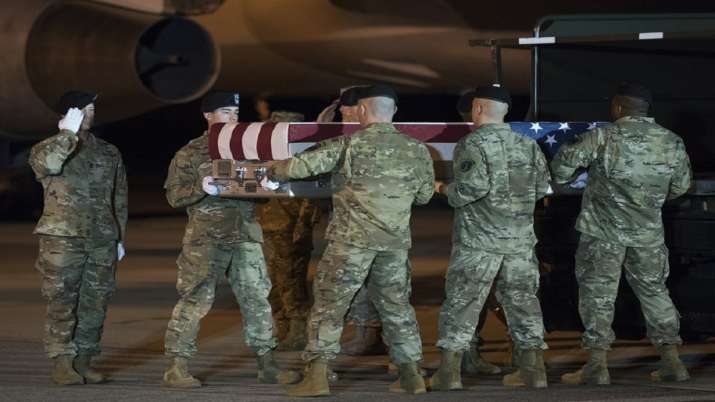 Khalilzad said less than a week ago that a deal had been reached “in principle” with the group and that it only needed Trump’s approval. The president, however, came under increased pressure from the Afghan government and some U.S. lawmakers who mistrust the Taliban and think it’s too early to withdraw American forces.

“Unbeknownst to almost everyone, the major Taliban leaders and, separately, the President of Afghanistan, were going to secretly meet with me at Camp David on Sunday,” Trump tweeted.

“They were coming to the United States tonight. Unfortunately, in order to build false leverage, they admitted to an attack in Kabul that killed one of our great great soldiers, and 11 other people. I immediately cancelled the meeting and called off peace negotiations,” he wrote.

“What kind of people would kill so many in order to seemingly strengthen their bargaining position? They didn’t, they only made it worse!” Trump tweeted. “If they cannot agree to a cease-fire during these very important peace talks, and would even kill 12 innocent people, then they probably don’t have the power to negotiate a meaningful agreement anyway. How many more decades are they willing to fight?”