German police shot dead a 17-year-old Afghan migrant after he attacked passengers on a train with an axe and a knife.

Berlin: German police shot dead a 17-year-old Afghan migrant after he attacked passengers on a train with an axe and a knife.

Officials said that the teen seriously injured at least three people in the incident which took place in southern German city of Wuerzburg.

"Shortly after arriving at Wuerzburg, a man attacked passengers with an axe and a knife. Three people have been seriously injured and several others lightly injured. The perpetrator was able to leave the train, police left in pursuit and as part of this pursuit, they shot the attacker and killed him," a police spokesman said.

Joachim Herrmann, the Interior Minister of Bavaria state, said the attacker was a 17-year-old Afghan who had lived in nearby Ochsenfurt.

There were no further details on the circumstances of the teenager's death, and police declined to suggest what the motive was for the attack.

In May, a mentally-unstable 27-year-old man carried out a similar knife attack on a regional train in the south, killing one person and injuring three others.

Germany last year registered more than 1 million migrants entering the country, including more than 150,000 Afghans, but it was not immediately clear whether the suspect was among them or someone who had been in the country for a longer time. 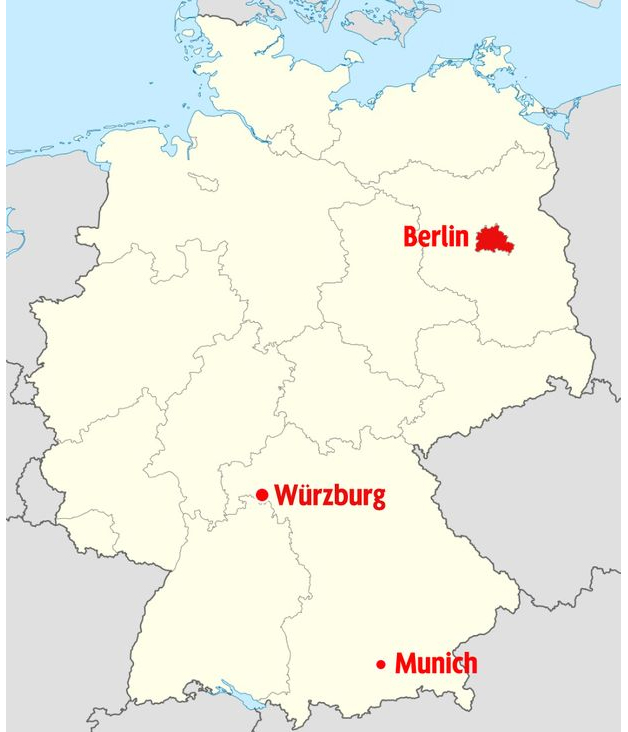 Herrmann said initial information was that the suspect came to Germany as an unaccompanied minor and had lived in the Wuerzburg area for some time, initially at a refugee facility in the town of Ochsenfurt and more recently with a foster family.

The train was on its way from the Bavarian town of Treuchtlingen to Wuerzburg, which is about 60 miles (100 kilometers) northwest of Nuremberg.