As the monsoon rains lashed the Mumbai Metropolitan Region (MMR) and black clouds darkened the skyline, several city areas including Navi Mumbai, Panvel, Thane and Palghar reported waterlogging on roads. Mumbai Police has advised citizens not to venture out of their homes as the Indian Met Department said 'heavy rain' is expected in the city in the next 48 hours.  The Indian Meteorological Department (IMD) has also issued an orange alert for Mumbai, Thane and Palghar for Friday and Saturday. 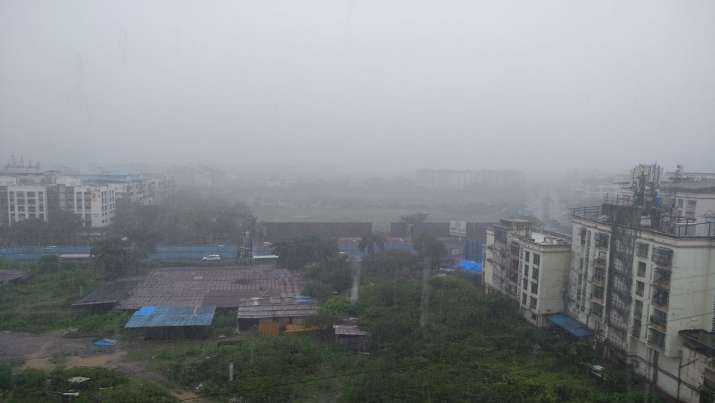 Fishermen are advised not to venture into the sea along and off the Maharashtra-Goa coast on July 3 and July 4.

Rainfall in North Konkan region is likely to increase on the west coast of the state, starting today. “High convergence of strong moist westerly/southwesterly winds at low tropospheric level from the Arabian Sea is very likely along the west coast till July 5. Under the influence, fairly widespread rainfall activity with isolated heavy to very heavy showers are likely along the west coast, Gujarat, interiors of Maharashtra in the next five days. Heavy to very heavy with extreme heavy showers (over 200 mm) is very likely over Konkan and Goa on July 3 and 4 and over Madhya Maharashtra on July 4," IMD bulletin said.