When Mukul Roy had joined the BJP in November 2017, it was seen as a big blow to Mamata as he was considered be to the 'Man Friday' of the Trinamool supremo.

With the Trinamool Congress registering an emphatic victory in the West Bengal Assembly elections 2021, the party's 'Khela Hobe' (game on) poll slogan seemed to have lived up to the expectations of TMC policy makers. After over a month of announcement of poll results, Bengal continues to witness political 'khela(s)' courtesy Mamata Banerjee.

In the run up to the Assembly elections, TMC workers and leaders ditched the party in hoards to join the Bharatiya Janata Party (BJP). Since May 2 (when the poll results were announced), the tide is appearing to be turning back with several leaders contemplating a 'gharwapsi'.

The acerbic Bengal election campaign witnessed both the BJP and TMC firing intense barbs at each other, however, Mukul Roy never attacked Mamata personally and this seems to have worked in favour of his homecoming.

"Only those who are sober and those who don't encourage bitterness are welcome back (in TMC)," Mamata responded to a reporter's query underlining the fact that she in unlikely to allow those to return who used sharp words against her or the TMC during election campaign. 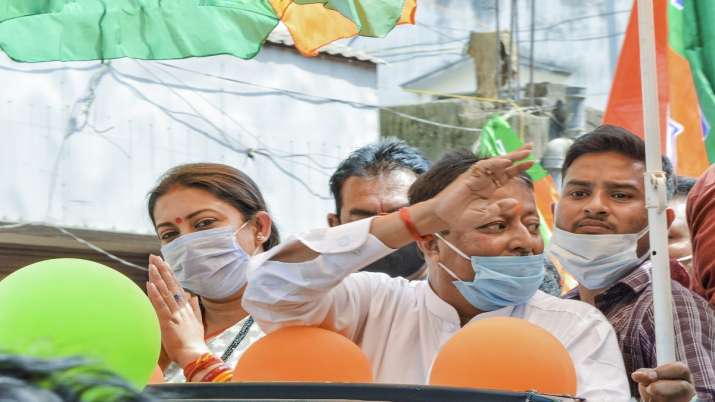 Mukul Roy returns, many more likely to follow him

When Mukul Roy had joined the BJP in November 2017, it was seen as a big blow to Mamata as he was considered be to  the 'Man Friday' of the Trinamool supremo. "The BJP is not a communal force, but a secular one. I believe in the leadership of PM Modi and Amit Shah," Roy had said after joining the saffron brigade.

Mukul Roy's decision to join the BJP came days after he was slapped with a six-year suspension by the TMC for 'anti-party activities'. He was then apparently not happy with Mamata Banerjee's nephew Abhishek. Cut to 2021, it was Abhishek who played a major role in Mukul Roy's re-induction. Last week, Abhishek Banerjee visited a hospital in Kolkata to see Roy's wife. Though Roy was not present during his visit, Abhishek met his son Subhrangshu Roy and both of them had a discussion of more than half-an-hour. Subhrangshu was all praise for Abhishek after the meeting.

With Mukul Roy returning to TMC, the BJP now has a difficult task in hand to keep the flock together and not the let the advantage it garnered in the Assembly elections slip away.