As the Hyderabad gangrape victim's society members close the gates for outsiders demanding justice, Telangana CM K. Chandrashekar Rao has not uttered a word on the matter. KCR attended a high profile wedding of a TRS MLA on Sunday morning

Three days after the charred body of the 26-year-old veterinarian was found by the side of the Hyderabad-Bangalore highway, the victims' society members have closed the gates for outsiders including the police, politicians and even the media. The society members of the deceased put up placards on the wall saying 'No Police, No Media, No Outsiders' and 'No Entrance, No Politicians, No Sympathy only Action and Justice'.

The Society members said that they no longer want assurances but only action against the perpetrators and justice for one of their own who fell victim to such barbaric crime. 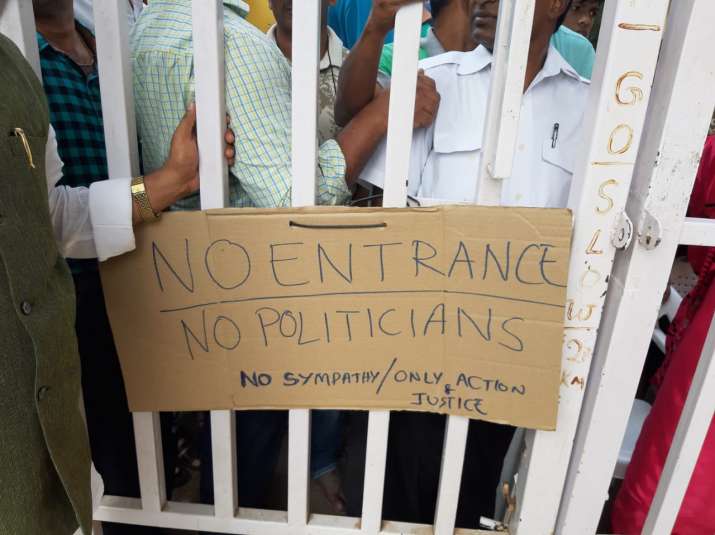 On Saturday, police sent 4 accused in the matter on a judicial custody. The accused have been identified as Mohammed Arif, a lorry driver, and J. Siva, J. Naveen and Chenna Keshavulu, all lorry cleaners. Arif is 26 years old while three other accused are aged 20. All the accused hailed from Narayanpet district of Telangana. 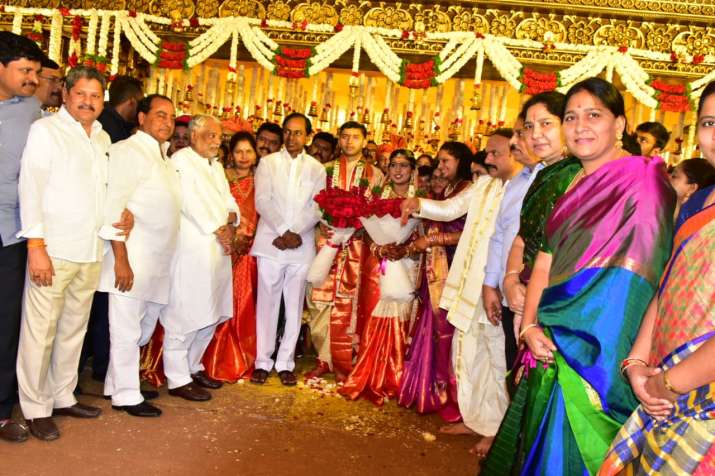 Telangana Chief Minister K Chandrashekhar Rao, who had the time to attend the high profile wedding of TRS MLA's daughter in Hyderabad earlier today, has been silent on the matter. There has been no tweet from the official handle of the Telangana CM and KCR as not uttered a word on this matter.