On the second day of 11th Defence Expo 2020, Chief Minister Yogi Adityanath addressed a seminar organized by UPEIDA and FICCI at DefExpo-2020 on Thursday.

On the second day of 11th Defence Expo 2020, Chief Minister Yogi Adityanath addressed a seminar organized by UPEIDA and FICCI at DefExpo-2020 on Thursday. He said that Uttar Pradesh provides immense possibilities for investment in the defence sector. "Our policies are much better than other states which attract investors to manufacture their products here," said the chief minister. He also said that the eastern and western corridors, that are being built, will pass through Uttar Pradesh, and Burari would serve as its junction. The investors who invest here will be benefited from this. 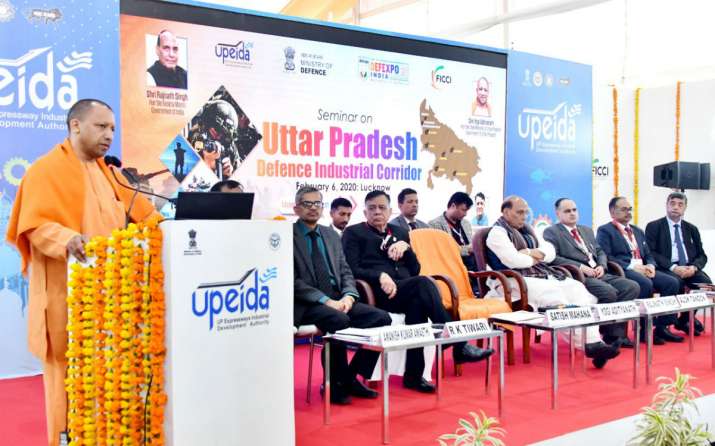 "We will develop 17 cities as 'Smart and Safe Cities' in the state, in which Integrated Command and Control Centers will be established and this would create huge investment ", he added.

At the event, the Chief Minister said that if an industrial institution has to prove itself, then there are immense opportunities as Uttar Pradesh can provide a good infrastructure for manufacturing and logistics. The connectivity through the roadways to the state is very good as it is neighbouring to the national capital while airways connects the state globally. He further said that the state government is developing infrastructure facilities in the state at a fast pace. Expressways are being constructed on a large scale in the state. 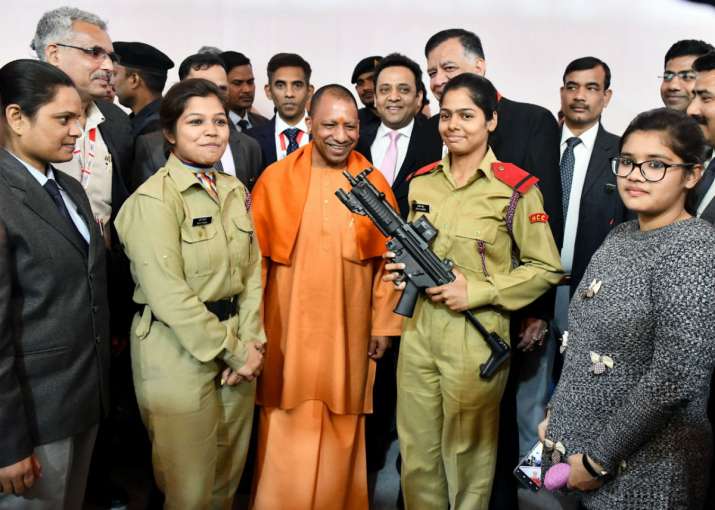 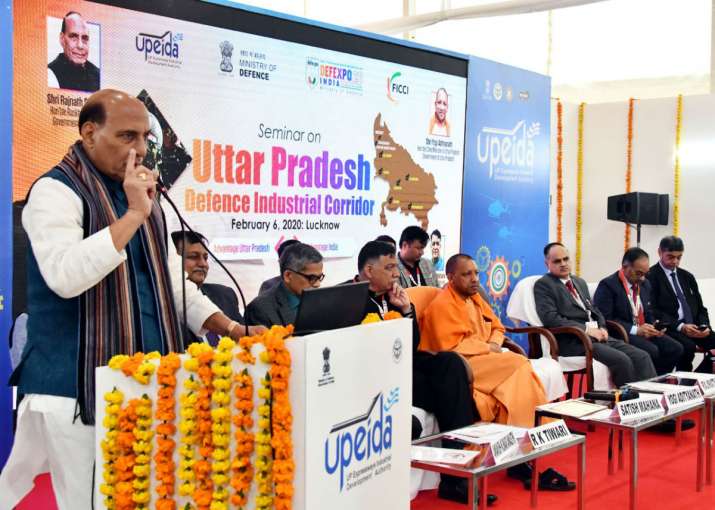 Uttar Pradesh is steadily moving forward on the path of development. The rail, air and road connectivity has improved in the state and the Single window system is doing well.

The Defence Minister said that the CM Yogi Adityanath is working as a good leader, so investors will no longer have to face difficulties in the state, regarding their business.

"India will be established as the third major economic power in the world by 2023 under the leadership of PM Modi and UP will contribute significantly to it", he added.