The Prime Minister Narendra Modi on Wednesday inaugurated the five-day Defence Expo-2020 in Lucknow, in the presence of Uttar Pradesh Chief Minister Yogi Adityanath and Defence Minister Rajnath Singh. In the inaugural event, PM said that UP will make the dream of Make in India come true, and a large number of youth will get employment in the Defence sector in the near future. 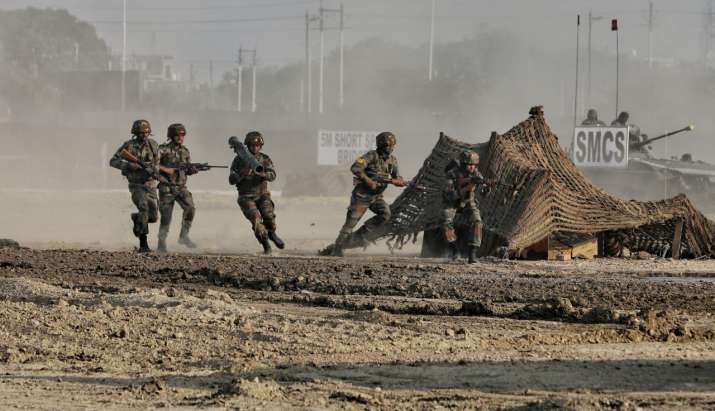 While addressing the expo, PM Modi said, "Uttar Pradesh will become the largest defence manufacturing hub in coming days. Youth will get employment on a large scale in the Defence Corridor that will fulfil the dream of Make in India."

Addressing the first Defence Expo of the state-organized in Sector-15 of Vrindavan Yojana on Shaheed Path, the Prime Minister said that this is the biggest expo till now. More than 150 renowned companies of the country and the world are participating in it, which make this event huge and a special opportunity for the Make In India initiative. 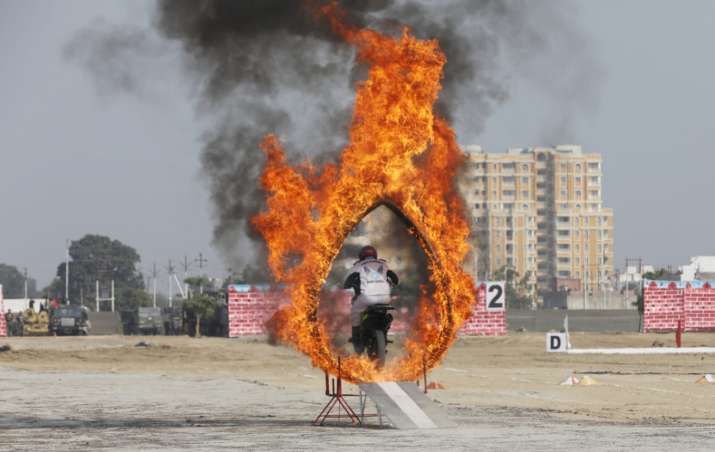 PM Narendra Modi, who is also the member of Parliament from UP's Varanasi said that it is his twice the pleasure to inaugurate the event Defence Expo 2020. He said, "I'm welcoming you here as the Prime Minister and also as an MP. He asserted that India has strengthened both in defence and space today.

He further said that the defence expo 2020 is India's largest expo, with more than 1000 defence manufacturers participating and ministers and traders from various countries have come to witness this event.

Prime Minister Modi said, "The expo is also a symbol of the world's faith in India. We are in the phase, where it is our responsibility to secure our neighbours as well. India has always given the message of peace to the world and we have never attacked anyone. Thousands of our soldiers were martyred in two world wars, but that fight was not fought for us."

"The era is changing and safety concerns are increasing. Misuse of technology is a threat to the world. The world is moving forward on the issue of security, India is also on the same path and working to develop the scope of Artificial Intelligence in the Defence sector. In the next 5 years, we want to work on making 25 Artificial Intelligence based machines,"

"India is making modern weapons for its needs and other countries are inducting those for their forces. In the last two years, India has exported defence machinery worth Rs 17,000 crore, our target is to increase it to Rs 35,000 crore in five years. Our policy was majorly focused on imports, but now the scenario has to be changed," he added.

PM Modi reminded that former Prime Minister of India Atal Bihari Vajpayee had encouraged defence technologies during his regime, which the current government is taking forward.

"A total of 217 defence licenses were issued until 2014 and after our government came to power, it increased more than the doubled with 460. All the equipment of the army is being manufactured in the country. In the future, we will not only become self-dependent in this sector but will also be able to export military equipment to other countries", he said.

Talking about the reforms in the defence policy, PM Modi said that things have changed rapidly after 2014. The number of useful and quality researches have increased in this field. Events such as the Defence Expo and the establishment of the Defence Corridor will accelerate it. One defence corridor each is being built in Tamil Nadu and Uttar Pradesh. 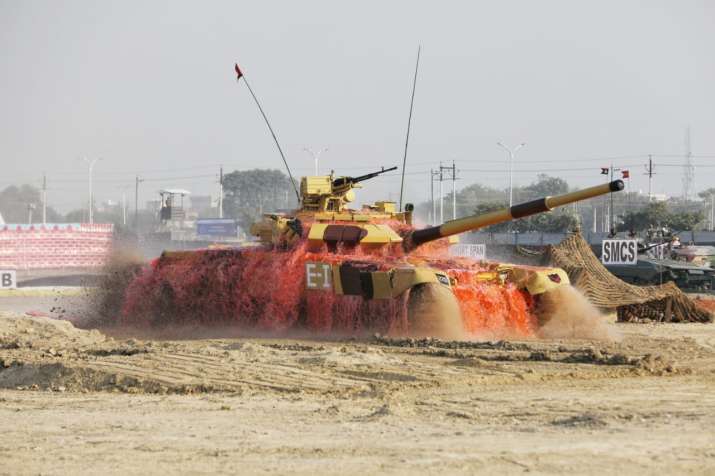 In his speech, PM Modi said, "In order to give further momentum to defense manufacturing in India, new targets have been set. Our goal is to cross the number of MSMEs in defence production to 15,000 in the next five years. Two major defence corridors are being built in India, first in Tamil Nadu and second in Uttar Pradesh. So far, plans of more than Rs 3,000 crore have been made for UP Defence Corridor, work is being done in Lucknow as well as in other cities including Aligarh, Agra, and Jhansi.

"We will make country powerful with equal participation from private sector. The new policy has given opportunities to the private sector in defence manufacturing for this purpose. India and Russia are working together to make rifles in Amethi. In India, not only the production but also the work is being done to assemble the products, regarding which investment of Rs 37,000 crore has been announced in UP," PM Modi said.

He further said, "The defence corridor will have an investment of Rs 20,000 crore in five years. We have set new targets for the expansion of the defence sector. This will further strengthen India's presence in this sector in the future. ISRO and DRDO have an important role in this field."

The Prime Minister appealed to the investors from all over the world to invest in India.