Bihar Cabinet Expansion: The much-awaited expansion of Nitish Kumar's cabinet comes 80 days after he was sworn-in as Chief Minister for the fifth time.

Bihar Chief Minister Nitish Kumar on Friday inducted 17 new ministers into his Cabinet. The 17 ministers include 9 from the BJP and 8 from the Janata Dal (United). Governor Phagu Chauhan administered the oath of office and secrecy to the new ministers at Raj Bhavan here.

The much-awaited expansion of Nitish Kumar's cabinet comes 80 days after he was sworn-in as Chief Minister for the fifth time.

While Hussain has been given the Industry portfolio, Shrawan Kumar will be the in charge of Rural Development. Nitin is the new Road Construction Minister. Neeraj Singh Bablu has been appointed the next Forest and Environment minister of Bihar. Sanjay Jha will be the new Water Resources and Information Broadcasting minister. 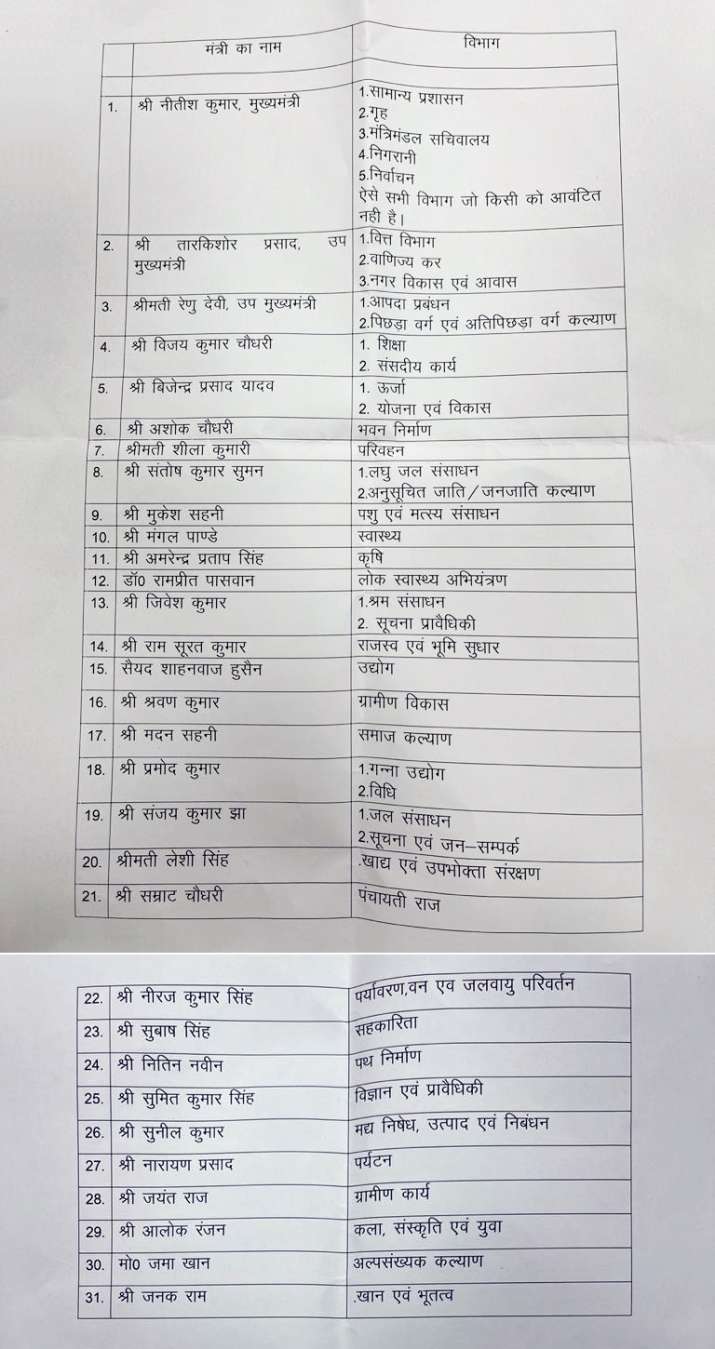 The difference is a reminder of reversed power equations in the ruling alliance after the Assembly election held in October-November 2020. The NDA formed the government with 125 seats in a closely-contested poll last year. It secured 122 seats in the 243 seats Legislative Assembly. The Grand Alliance of the RJD and Congress won 110 seats. The BJP is the most lag constituent of the alliance with 74 seats. The JDU has 43 members. Other ruling constituents include the HAM of Jitan Ram Manjhi (4 seats) and the Vikassheel Insaan Party of Mukesh Sahani (4 seats).

Before today's induction, the Cabinet had 14 members. This included CM Nitish Kumar. Of these seven are from the BJP, including the two Deputy Chief Ministers -- Tarkishore Prasad and Renu Devi, and five from the JDU. The two remaining seats were given to HAM and VIP.

The state Cabinet can have up to 36 members.