The incident took place around 12.30 pm when the Maoists blew up an anti-landmine vehicle of CRPF’s 212 Battalion along the 5-km under-construction Kistaram-Palodi road by using an over 50 kg Improvised Explosive Device (IED).

Nine personnel of Central Reserve Police Force (CRPF) were martyred and two security personnel were injured in one of the deadliest attacks by the Maoist in Sukma district of Chhattisgarh today.

The blast was followed by a heavy exchange of fire between the security forces and the Maoists in which the rebels also suffered a severe blow, Vivekanand Sinha, Inspector General of Police, Bastar, said.

Naxal attacks: A chronology of major incidents since 2008

The incident took place around 12.30 pm when the Maoists blew up an anti-landmine vehicle of CRPF’s 212 Battalion along the 5-km under-construction Kistaram-Palodi road by using an over 50 kg Improvised Explosive Device (IED).

The CRPF personnel were on routine patrolling and going towards a newly-opened post in Palodi in Kishtaram when the Maoists set off the IED. The attack came about a year after dozens of CRPF personnel were killed in similar ambush in Sukma district.

India salutes the brave @crpfindia personnel who were martyred in the attack in Sukma, Chhattisgarh.

My thoughts are with the families and friends of the brave martyrs. The nation stands shoulder to shoulder with them in this hour of grief.

"Today's IED blast in Sukma, Chhattisgarh is deeply distressing. I bow to each and every security personnel who attained martyrdom while serving the nation. My heartfelt condolences to the families of those personnel who lost their lives in Sukma blast,” Singh said in a tweet.

"I pray for the speedy recovery of the injured jawans. I spoke to DG @crpfindia regarding the Sukma incident and asked him to leave for Chhattisgarh," Singh added.

My heartfelt condolences to the families of those personnel who lost their lives in Sukma blast. I pray for the speedy recovery of the injured jawans. I spoke to DG @crpfindia regarding the Sukma incident and asked him to leave for Chhattisgarh.

The Home Minister spoke to Chhattisgarh Chief Minister Raman Singh who briefed him about the incident, and steps taken for the treatment of the injured CRPF personnel. Raman Singh also condemned the attack and sought a full report over the incident.

"The Maoist attack in Sukma, Chhattisgarh in which 9 CRPF jawans lost their lives is tragic. It reflects a deteriorating internal security situation due to flawed policies," he tweeted.

"My condolences to the families of those killed. To those who have been injured, I wish a speedy recovery," he added. 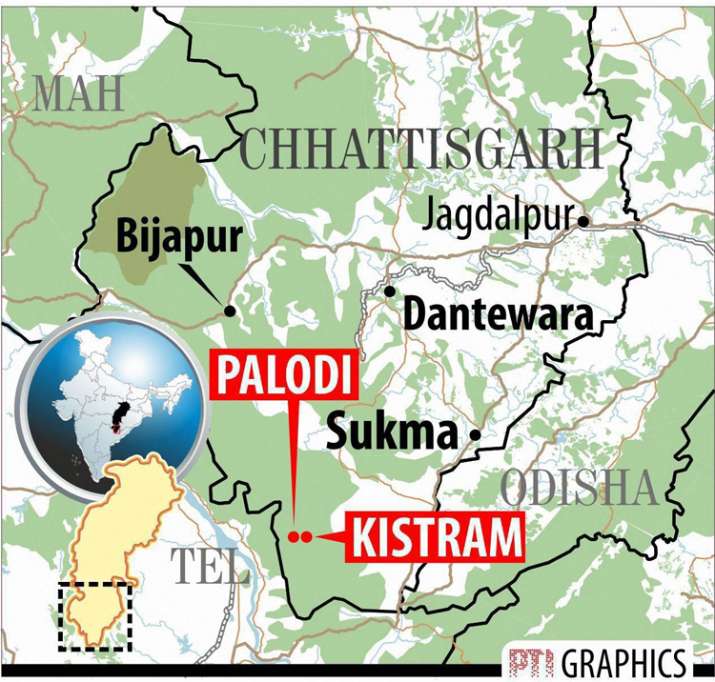 West Bengal Chief Minister Mamata Banerjee also expressed her deep sadness over the attack and extended her condolences to their families.

"Deeply saddened at the news coming from Sukma. Lives of at least nine CRPF jawans lost. My heartfelt homage to all the martyrs. Strength to their families. Jai Hind," she tweeted.

CRPF's Deputy Inspector General M. Dinakaran said an shootout took place between the CRPF and the Maoist in Sukma around 8 a.m. on Tuesday but the Left-wing ultras fled after the force retaliated.

"Again at 12.30 p.m. the Maoists targeted another team of 212 CRPF Battalion. Our 11 troopers were travelling in an anti-landmine vehicle when the Maoist blew up an IED," Dinakaran said.

The injured troopers airlifted to Raipur, he said, adding a large force has been sent to the spot to find out if there was more landmines in the area.

The attack took place around three km away from a CRPF camp.

This is the third major incident in the area in the past one year. Twelve CRPF personnel were killed on March 11 last year in the Bheji area of Sukma district when the Maoists ambushed their patrol party. Later, a group of over 300 Maoists on April 24 again attacked a CRPF road opening party in the district, killing twenty-five personnel of the paramilitary force.