Akshaye Khanna and Richa Chadha's Section 375 raises some serious questions and asks whether you know the difference between will and consent.

Is there any difference between will and consent? Many of us don't know and some of us don't even care to know. Section 375 starring Richa Chadha, Akshaye Khanna, Meera Chopra and Rahul Bhat in pivotal roles works as an eye-opener for those who are living under a rock. Helmed by Ajay Bahl, who has earlier directed B.A. Pass, Section 375 is intriguing, hard-hitting and at the same time a relevant film.

Who doesn't love a courtroom drama? A sure shot box office success. However, this is not just regular courtroom drama where you get a mandatory monologue, intermittent 'order, order' served with 'high-pitched' dialogues. This is what we have mostly seen in Hindi films with exceptions such as Jolly LLB and Shahid to name a few. The movie revolves around Section 375 of IPC, which defines rape and Ajay Bahl directorial is the tale of two sides of a coin. The movie talks about the misuse of the law.

Without much delay, Section 375 begins right away without much deviation. Keeping its focus intact on the story and script, Section 375 sets the mood and tone right from the beginning. A junior costume design assistant, Anjali Dangle (Meera Kapoor) gets allegedly raped by popular director Rohan Khurana (Rahul Bhat), which makes it a high-profile case. The constant media glare and online trial make things more complex and that's when lawyer Tarun Saluja (Akshaye Khanna)-the best in the business-comes to defend Rohan. On the other hand, Hiral Gandhi (Richa Chadha), Tarun's former protégé regarded as the torchbearer of women's rights argues in the court for Anjali. 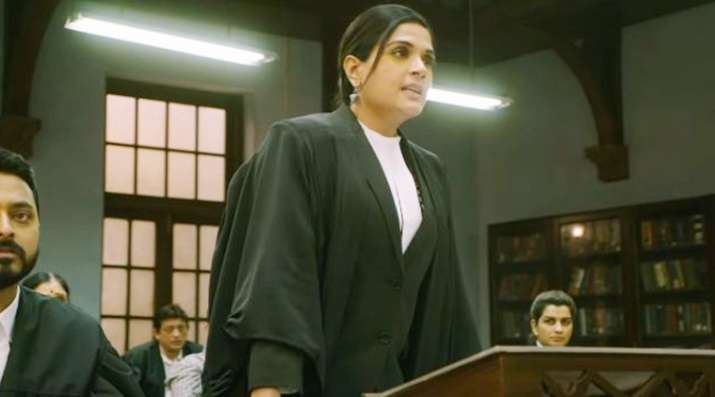 When you are treated with lines such as- ''We’re not in the business of justice, we’re in the business of law'', ''Law is not justice. It’s a tool to get there'', ''Justice is abstract, law is a fact'' and that too, in the beginning, you don't take enough time to realise that this one is unique. With these dialogues, Akshaye Khanna talks about vested interests of all the parties involved in delivering justice which according to him is a business.

Section 375 of IPC says that if the woman doesn't resist during sex the act won't be considered as a rape. The prosecution lawyer constantly urges judges to let not the bruises and injuries on the inner thighs of the victim go unnoticed but her each and every argument is tactically countered by Tarun Saluja with crisp lines and dialogues. Scratches on accused's back can be the result of passionate sex, argues Tarun Saluja. Lawyers debate on facts, there are opening and closing statements and one of the judges even converse with interrogating office in Marathi-all these minor yet important elements give the touch of authenticity to the film. 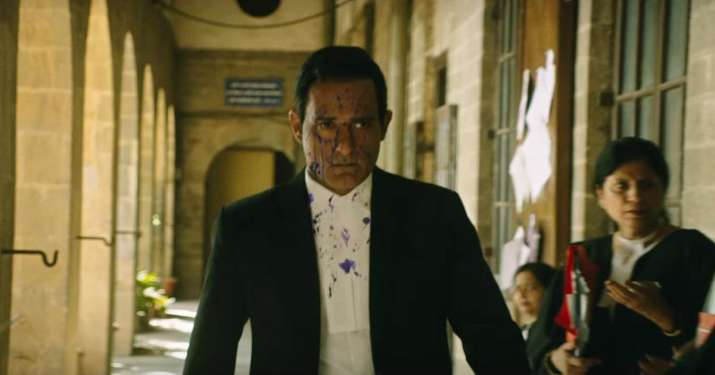 Throughout Section 375, you can't decide on whose side you are. The narrative switches from victim to accused with your sympathy too moving like a pendulum. Section 375 gives a glimpse of societal shame that the victim has to undergo right from lodging FIR to medical checkup. The questions asked by the medical examiner to Anjali about ejaculation and penetration will make you cringe.

Akshaye Khanna proves yet again why he is considered one of the gems of Hindi film industry. Mere his presence is enough to lift a film. Each and every time, the actor appears on the screen, he steals the show. He has some of the best lines which he delivers in his own signature style. Richa Chadha is earnest and she tries to keep it real and simple. However, you feel the energy lacking in her nuanced performance. While you get a glimpse of Tarun Saluja's personal life, there is no such arch in Richa's character. Rahul Bhat and Meera Chopra are pitch-perfect in portraying the emotions of their characters. Kishore Kadam, Krutika Desai and Sandhya Mridul as character actors aptly support the film.

Section 375 does become predictable as it inches towards its end but that will not hamper your interest. It is a well-written film by Manish Gupta and there are no such glaring flaws to disappoint you. Having said that, remember, Section 375 doesn't give you that stereotypical dose of entertainment.