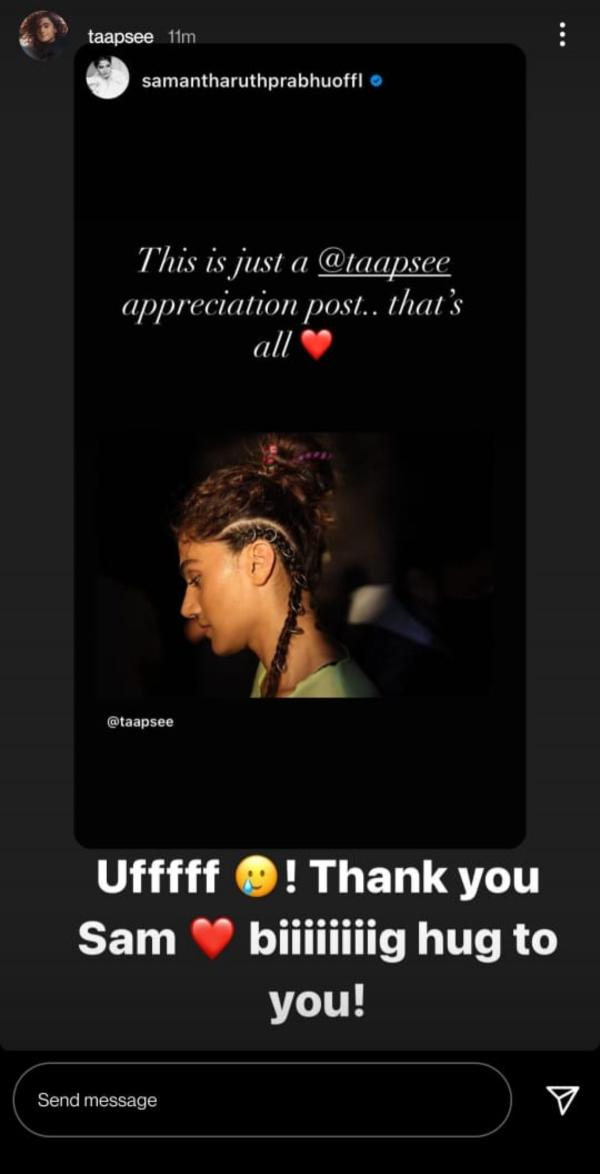 On March 3, Taapsee faced Income Tax raids at her Mumbai properties for alleged tax evasion. After the raids, Pannu posted a three-point statement on Twitter on an "alleged bungalow" in Paris, the "alleged receipt" of Rs 5 crore and her "memory of 2013 raid". The searches targeting Pannu and Kashyap are part of a tax evasion probe against Phantom Films. Pannu also took a dig at Finance Minister Nirmala Sitharaman's statement that the actor was raided in 2013 as well.

Besides the actor, the IT department conducted searches at filmmaker Anurag Kashyap, Reliance Entertainment group CEO Shibhasish Sarkar and some executives of celebrity and talent management companies KWAN and Exceed premises. Taapsee and Anurag have worked together for their film Manmarziyaan and are currently shooting together for a sci-fi thriller titled, Dobaaraa. Anurag Kashyap took to his Instagram and announced that the shooting of his film Dobaaraa with Taapsee Pannu had resumed. He wrote, "And we restart #DoBaaraa .. with all our love to all the haters .."