Rakhi Sawant dresses up as Mastani, requests Nach Baliye team to cast her and husband Ritesh

Rakhi Sawant was papped in the city dressed up as Deepika Paukone's Mastani from Sanjay Leela Bhansali's film Bajirao Mastani. She donned the costume from the song Deewani Mastani and roamed on the streets searching for her Bajirao aka her husband Ritesh.

Trust Rakhi Sawant to add entertainment to your mundane life. The diva was a fireball of laughter when she was locked inside the Bigg Boss 14 house. With her comical characters and one-liners, Rakhi had won many hearts. Now that she is outside, she continued with her role-playing. On Friday, Rakhi Sawant was papped in the city dressed up as Deepika Paukone's Mastani from Sanjay Leela Bhansali's film Bajirao Mastani. She donned the costume from the song Deewani Mastani and roamed on the streets searching for her Bajirao aka her husband Ritesh.

The video going viral on the internet showed Rakhi Sawant singing the song Deewani Mastani and posing for the paparazzi. She also requested them to ask the couples dancing show Nach Baliye team to cast her, so that she can meet her husband Ritesh through it. Apart from this, Rakhi also met a dabbawala and told him that she thought he was Bajirao. 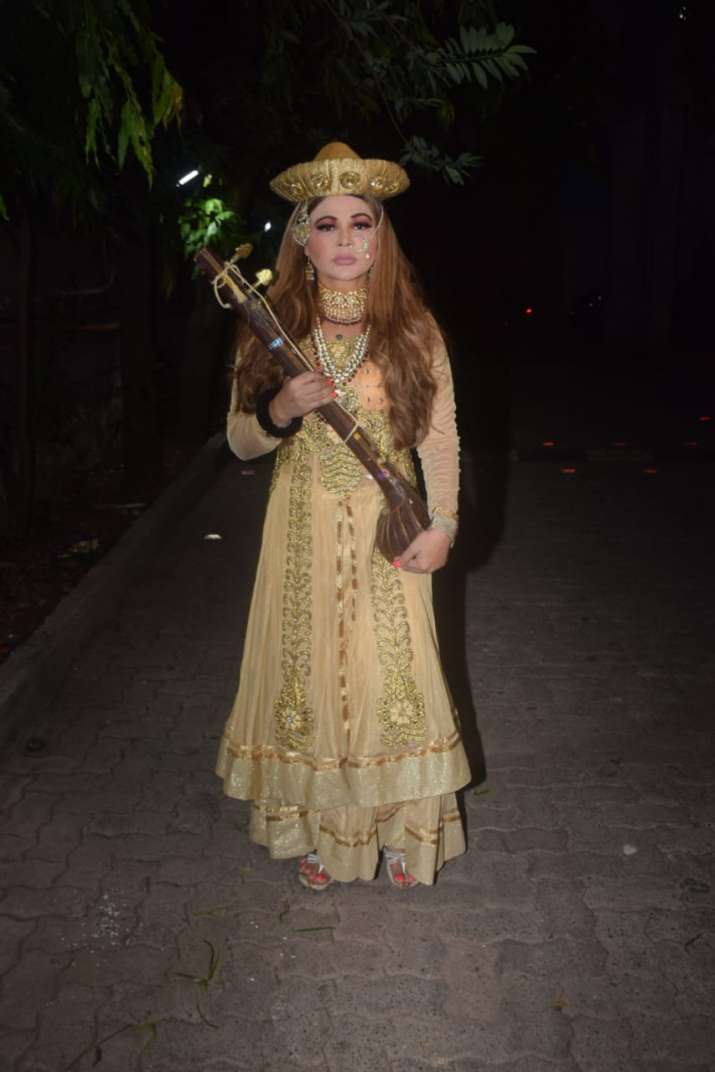 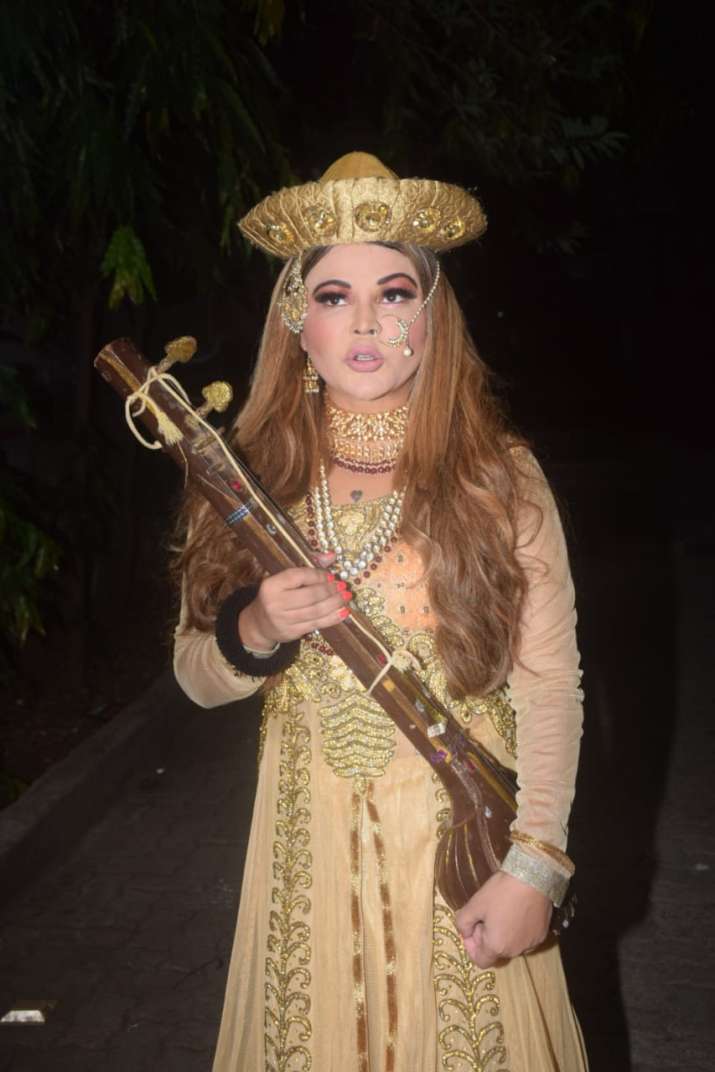 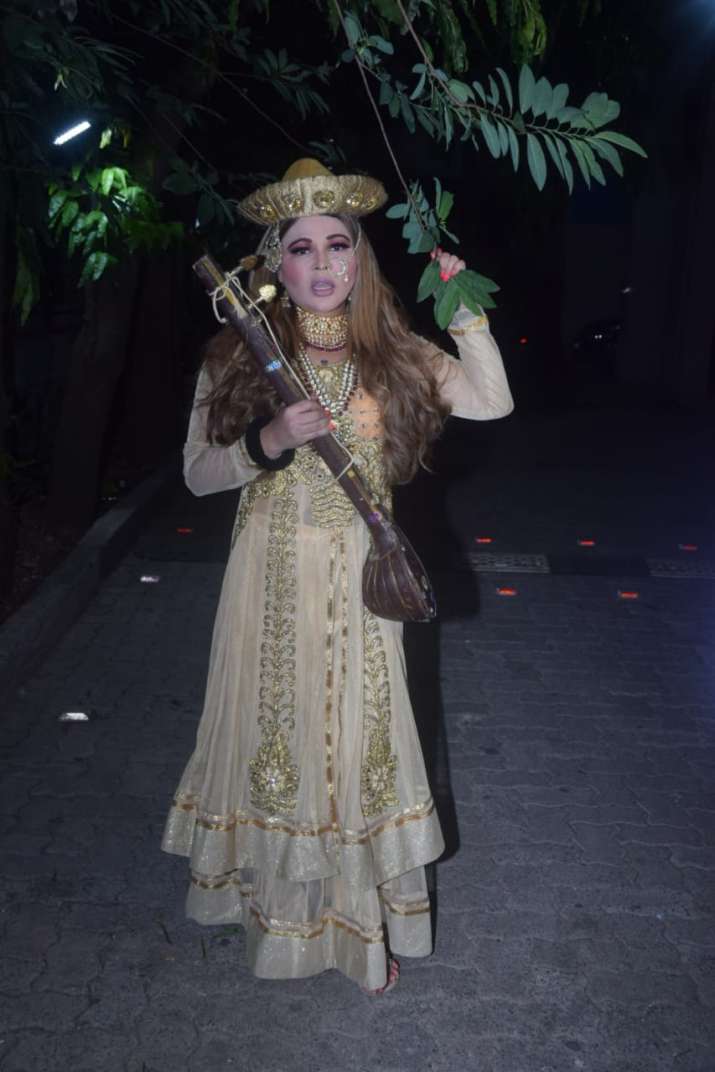 A couple of days ago, Rakhi sawant was clicked with her old frenemy Mika Singh. When Rakhi was interacting with the paparazzi in Mumbai, Mika chanced to have been at the same place. Upon seeing each other, they addressed one another as friends and shared a hug.

Rakhi Sawant and Mika Singh courted controversy in 2006 when Rakhi had filed a police complaint against Mika, accusing him of “forcibly kissing her" at his birthday party in Mumbai. At the time she had told PTI that she would never be friends with the singer again. “I don’t think I would call him my friend from now on. Nobody has the right to play with an innocent woman’s dignity," she had said.

Rakhi Sawant started shooting for a new web-series titled "Tawaif Bazaar-E-Husn" earlier this year. The diva posted a clip from the shoot of the web-series on Instagram to inform about the same to her fans. In the video, Rakhi was seen enacting a scene for the cameras. "Shooting for my new series OTT Tawaif Bazaar-E-Husn directed by Marukh Mirza," Rakhi captioned the clip.

Details about the series are still under wraps. Rakhi shared that the show is directed by Marukh Mirza.