Bollywood actor John Abraham graced India TV’s Aap Ki Adalat and answered many questions about his personal and professional life and even went candid about a few controversies.

Bollywood actor John Abraham is celebrating his 47th birthday today, ie on 17th December. He made a distinct identity in Hindi cinema by his hard work and dedication without any God Father from the industry. He began his career as model and featured in a few music videos and then made his debut in 2003 with the film Jism. Today, the actor needs no introduction and he has become one of the most successful film stars. From comedy, action to drama, John has tried his hands on everything and managed to impress his fans. He has also played the role of a villain in a number of films like Dhoom, Race 2 and others. Lately, his name has been most attached with patriotic film with him being calling the King Of Independence Day releases. Even though the actor has achieved a lot in Bollywood, it was never his dream. The actor always wanted to be a footballer.

John Abraham graced India TV’s Aap Ki Adalat in 2017 where he bared it all in front of India TV Editor-in-Chief and Chairman Rajat Sharma. He answered many questions about his personal and professional life and even went candid about a few controversies. 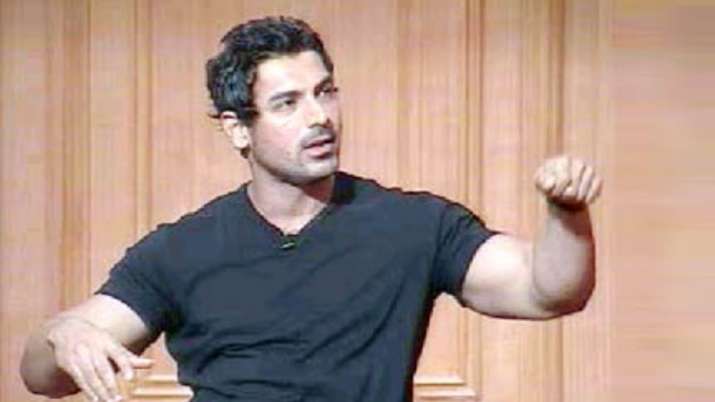 John revealed that after watching Hollywood actor Sylvester Stallone's body, he got very inspired to stay fit. He watch the film Rocky starring Stallone and set on a mission to build a body like him. He even claimed that he wants to be the next action hero in Bollywood. He said, “I want to put this on record here that I want to be the next action hero of this country. After Akshay Kumar, I don't think we have a proper action hero (in Bollywood).”

Just when John was opening up about his personal life, a member from the audience asked him about Bipasha Basu. He asked that a man never forgets his first love, is Bipasha still in the actor’s memories?

To this John replied, 'Bipasha is very special for me. Regardless of whether there is a relationship in life or not, the way she has supported me in the industry, I really appreciate it. The way she came from middle class family and maintained herself, I will always respect her for this. '

Check out the full episode here-