Soon after PM Modi’s swearing-in ceremony, pictures of Mira Kapoor and Shahid Kapoor went viral in which the two were seen leaving the event hand-in-hand.

Mira Kapoor is trolls’ favorite child. Social media users not just follow Shahid Kapoor’s wife to wherever they go, but her actions are under scrutiny even when she feels at ease. Recently, the power couple Shahid and Mira attended PM Modi’s swearing-in ceremony in the capital city, New Delhi. The two looked like a walking dream as they complimented each other in black and white outfits. However, after a few hours’ long ceremony, when the couple decided to head back home, Mira opted to hold her stilettos in her hands and walk barefoot. She held her heels in her hands alongside her very expensive Channel bag. Looks like this didn’t go down well with social media users as they trolled her massively on her pictures.

Soon after PM Modi’s swearing-in ceremony, pictures of Mira Kapoor and Shahid Kapoor went viral in which the two were seen leaving the event hand-in-hand. Interestingly, in the other hand, Mira was spotted holding her heels in her hand and also an expensive handbag. She was also walking barefoot. This gave trolls’ a reason hit to the star wife yet again and they took to social media to not just question her action but also her presence at the prestigious ceremony. Netizens trolled Mira for ‘grabbing attention’ by walking barefoot and even claimed that she had no right to attend the ceremony since she had achieved nothing. Check out what the trolls have to say- 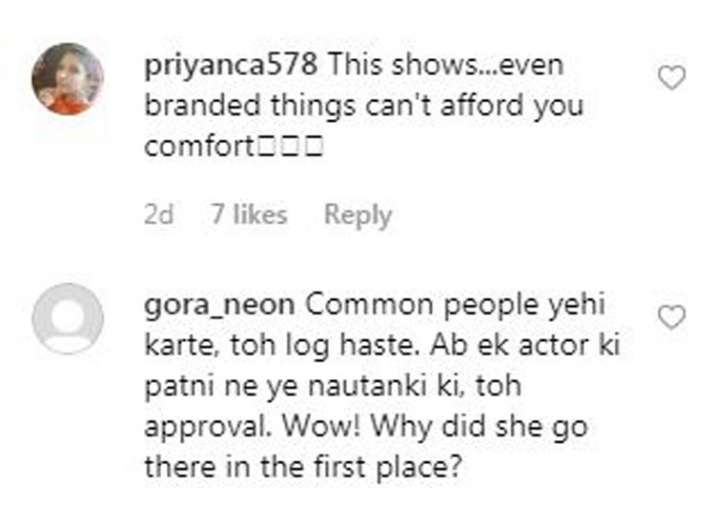 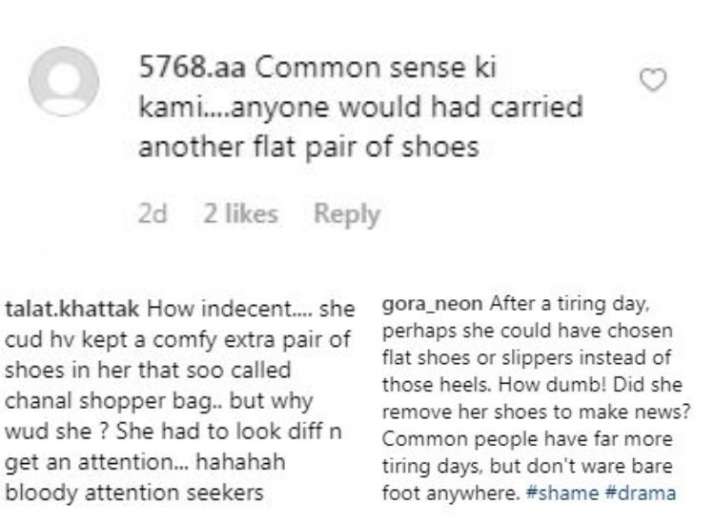 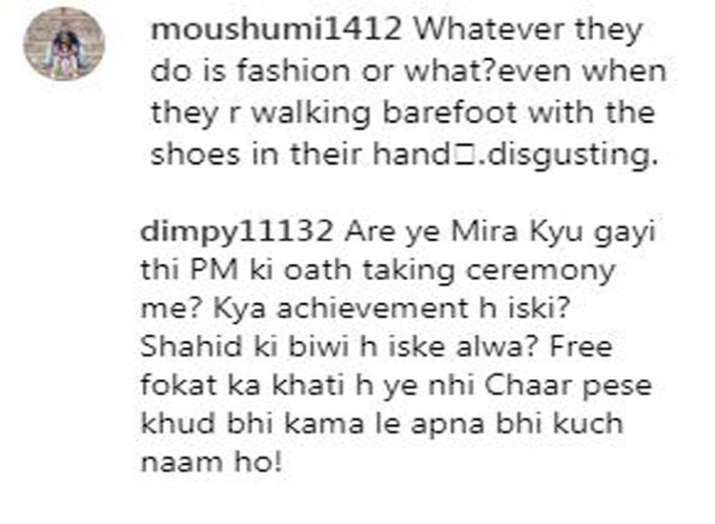 While a marge part of Instagram users lashed out on Mira, a number of people also supported her for her simplicity and stated that ‘anyone’s feet will start paining after wearing heels for so long’. One user commented, “If the same thing any other celebrity like Deepika , alia or Kareena would have done , people would have said : oh how down to earth, she is soo simple..blah blah.... But since Mira has done it , everyone's gonna troll her?” Check out what Mira Kapoor’s supporters have to say- 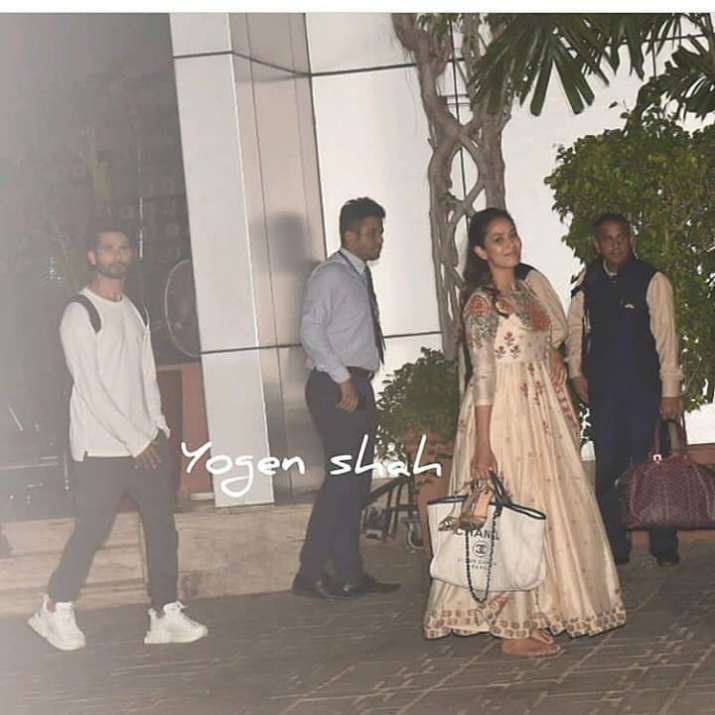 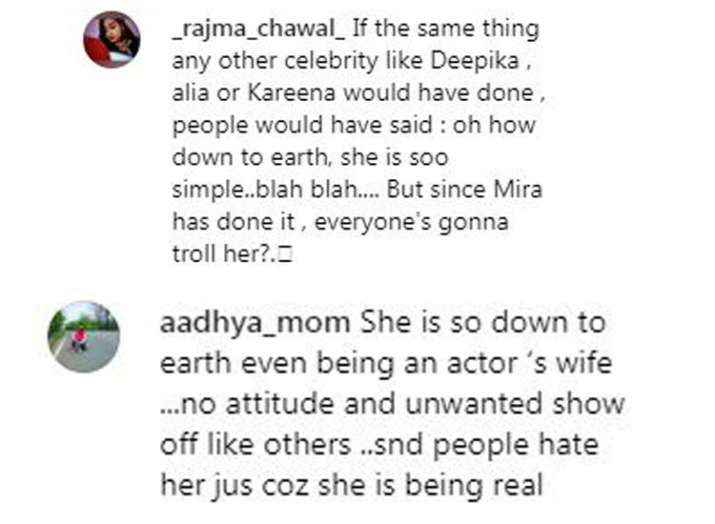 This is not the first time that netizens have found a soft target in Mira Kapoor. Earlier also when the atsr wife shared the video of her first advertisement, she was brutally trolled on the internet. Mira had shared a post declaring her association with Olay skincare products on her Instagram handle last year, and had captioned it, “Being a mother doesn’t mean you stop being yourself right? I took the #Olay #SkinTransformation #28Daychallenge Here’s my #Reborn story. what’s yours? @olayindia”. And even then, she wasn't spared by the trolls. One Insta user had commented, “@shahidkapoor wanted to marry a normal girl who had nothing to do with the industry lol he married a wannabe who only wants to use his name and get ads and make Money..IRONY”, another had said, “@shahidkapoor paisa khilaake ad karwayaa aur khud hi stunned bhi hogaye Kya?!!”