Sidharth Malhotra and Parineeti Chopra were in Delhi to promote their upcoming film Jabariya Jodi. During their free time, they went on to try the very famous 'fire paan' and what happened next will surprise you.

Bollywood actors Sidharth Malhotra and Parineeti Chopra were in the capital recently to promote their upcoming film Jabariya Jodi. After their promotions, the stars went to spend some quality time in Delhi and reached to Cannaught Place to try the very popular ‘fire paan.’ Both of them updated their social media handles with their experience. While Sid seemed to be quite excited, Parineeti sounded scared as she says, "I am scared!" while trying the same.

In the video that they have uploaded, the paan wala prepares the fire paan for the two actors and puts the entire paan in their mouths one by one. Sidharth looked all desi as he wore a vibrant printed shirt along with a red gamcha and sunglasses. While Parineeti, on the other hand, wore a green jacket over a black t-shirt with black jeggings and white sneakers. Their reactions after eating the paan will make your day. Pari captioned the video as, “Sid likes paan. I don’t. We are a jabariya jodi Also, FIRE paan? Ummm. @sidmalhotra.” While Sid who shared photos of the epic moment captioned his post as,” Khaike paan Jabariya wala #JabariyaJodi.”

Check out some of their pictures during the promotions of their film. 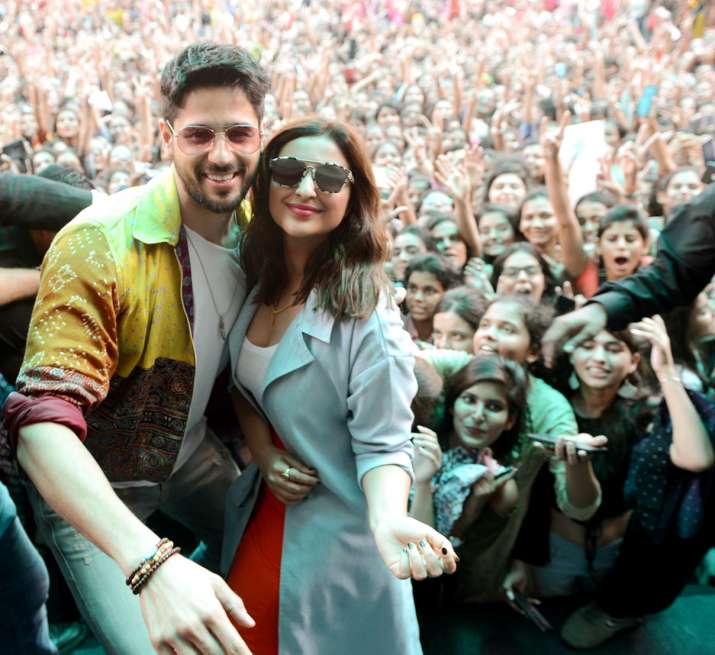 Talking about their film, it is an action romantic comedy which is directed by Prashant Singh and co-produced by Ekta Kapoor, Shobha Kapoor and Shailesh R Singh. It is all set to hit the theatres on 2nd August and will clash with Khandaani Shafakhana starring Sonakshi Sinha, Badshah and Varun Sharma. Have a look at the trailers of both the films here: