Viral sensation Dhinchak Pooja is back with yet another song titled as Naach Ke Pagal that has left Twitterati irritated. She has previously been a part of Bigg Boss 11 and rose to fame through her song Selfie Maine Leli Aaj.

Social media is one such place that can make anyone become a celebrity overnight. All it takes is a video or a picture of them to go viral and then you can see the wonder. Social media has made many people a star and one amongst those is Dhinchak Pooja who broke all records for all the weird reasons. Thanks to her irritating voice, she took over the internet like wildfire when her songs got uploaded. The list includes songs like 'Selfie Maine Leli Aaj,' 'Dilon Ka Shooter,' 'Swag Wali Topi,' etc and now a new one has been added to the list which is titled as ‘Naach Ke Pagal.’

Pooja uploaded her new song on YouTube and it has been trending ever since. The video has got as many as 60K views and is slowly going viral. Talking about the viewers, Pooja has as many as 5 Lakh subscribers on YouTube. The video has a similar beat in the background and two other girls grooving to the track. The lyrics of the song go like this:

Have a look at the full song here:

As soon as the song was uploaded, it gathered reactions from the people on the social media where she was seen getting brutally trolled. Some even asked her to leave the planet and go somewhere else. Here's how she got trolled by Netizens:

Talking further about the social media star, she became so popular that the makers of the reality show Bigg Boss 11 approached to participate in the mid of the season. Fans loved her presence and not only this she even made a song inside. She has till date received a lot of flak for her songs and voice so much so that people call her virus.

ALSO READ: Gandi Baat 3: Have a look at some fun pictures from the sets of ALTBalaji’s saucy web series 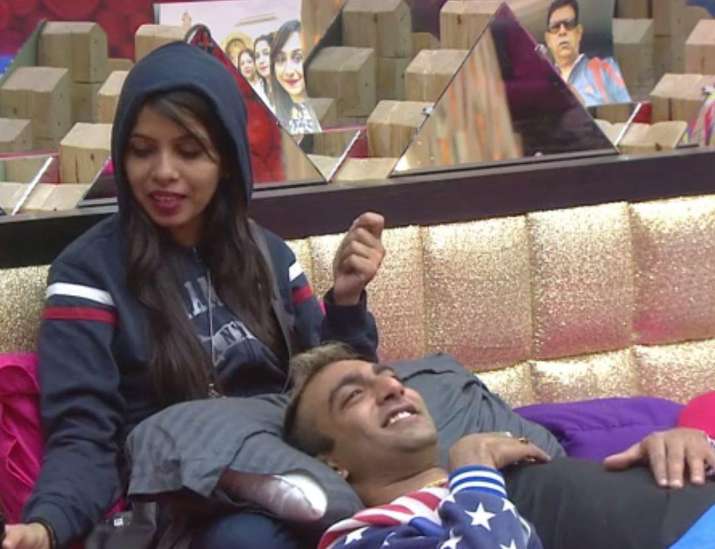 Meanwhile, check out some songs here:

ALSO READ: Aap Ki Adalat Promo: Govinda reveals the secret behind his character in Coolie No. 1