While the Bharatiya Janata Party (BJP) is seeking a fourth straight term in office, the Congress is aiming to stage a comeback after being out of power for the last 15 years.

India TV News Desk
New Delhi Updated on: December 11, 2018 17:52 IST
URL copied
Results of assembly elections in Chhattisgarh on Tuesday left BJP and Raman Singh, its longest serving chief minister, red faced. The Congress party secured a clear mandate, making its comeback in the state after being out of power for the last 15 years. Chhattisgarh Chief Minister Raman Singh was leading by 1,200 votes over Congress nominee and former prime minister late Atal Bihari Vajpayee's niece Karuna Shukla in Rajnandgaon Assembly seat, as per the latest poll trends. However, five ministers in Singh's cabinet were trailing after the end of fourth round of counting, while three ministers were leading.
State minister Rajesh Munat was behind Congress' Vikas Upadhyay in Raipur City West Assembly seat, Amar Agarwal was trailing behind Shailesh Pande of the Congress in Bilaspur segment, while Brij Mohan Agarwal was behind Congress' Kanhaiyya Agrawal in Raipur city south segment. Besides, minister Kedarnath Kashyap was closely behind Narayan Kashyap of the Congress in Narayanpur segment while Dayal Das Baghel was trailing behind Congress' Gurudayal Singh Banjare in Navagarh segment. Another minister Mahesh Gagdha was also trailing behind Congress' Vikram Mandavi in Bijapur segment. Minister Prem Prakash Pandey was ahead of Congress candidate Devendra Yadav in Bhilainagar seat, while Lal Rajwade was leading over Ambika Singh Dev of the Congress in Bainkuthpur. BJP minister Ajay Chandrakar was also leading over Laxmikanta Sahu of the Congress in Kurud seat, as per the latest trends.
This time, the coalition between Mayawati-led Bahujan Samaj Party (BSP), former chief minister Ajit Jogi's Janata Congress Chhattisgarh (J) and Communist Party of India (CPI) has added another dimension to the electoral politics of the state which has been dominated by the BJP and the Congress.

Chhattisgarh Assembly Polls Counting Day: All You Need To Know 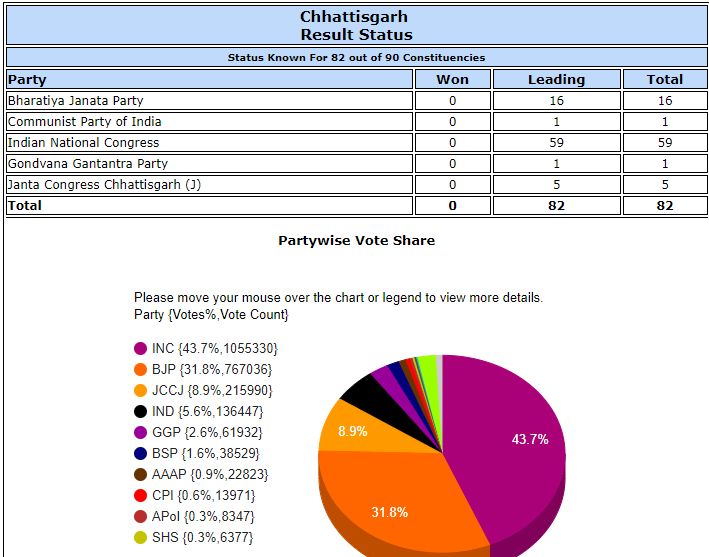 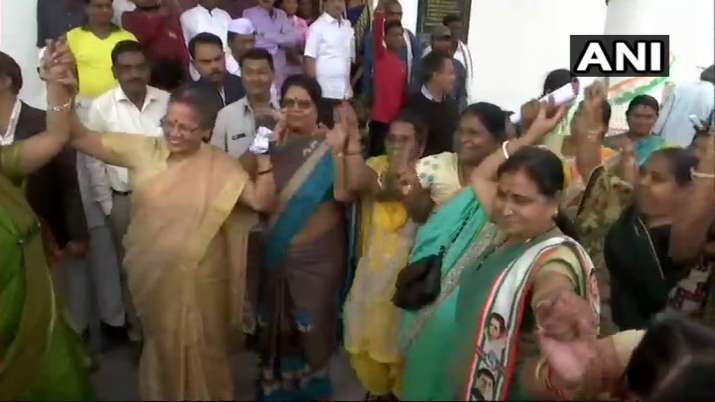 12:43 PM: The Janta Congress Chhattisgarh (J) president told reporters that the people of the state wanted to oust the Raman Singh-led government, which has been in office for 15 years.
12:42 PM: Former chief minister Ajit Jogi said that he was "happy" with the "results" and that people chose Congress because they found it the most viable alternative to the BJP. 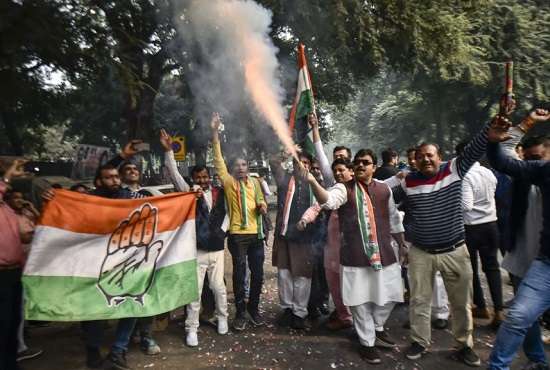 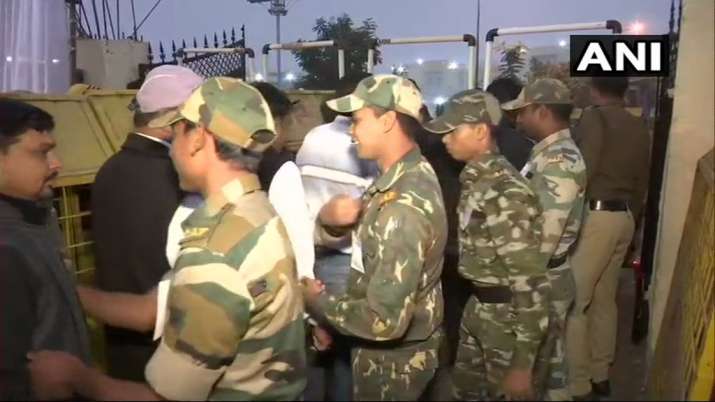 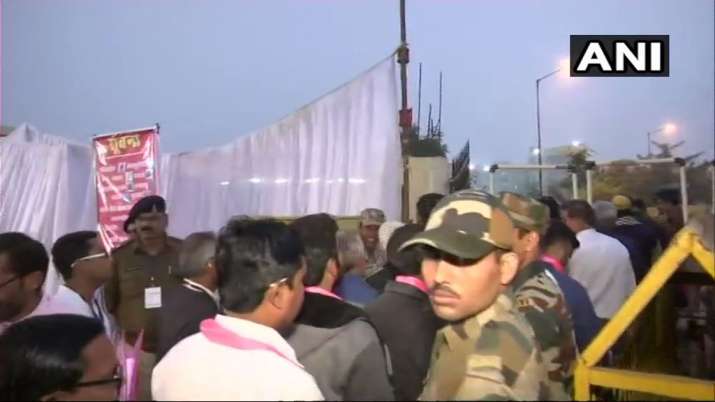 7:40 AM: We are enthusiastic about the results of Assembly elections and are hopeful of our victory, says Raman Singh
7:14 AM: In the 2013 elections, the BJP won 49 seats, the Congress 39, while one seat each was bagged by the BSP and an Independent.
6:59 AM: State BJP chief Dharamlal Kaushik said the party will register a victory for the fourth consecutive term and the Congress should accept its defeat.
6:44 AM: On the eve of counting of votes, BJP and Congress claimed victory, while Jogi's outfit also expressed confidence of forming the next government.
6:39 AM: The fate of 1,079 contestants, including the chief minister, his 11 ministers and state presidents of the BJP and the Congress will be decided Tuesday.
6:26 AM: As many as 5,184 counting personnel and 1,500 micro-observers have been appointed for smooth conduct of the process.
6:18 AM: Several exit polls have predicted a neck-and-neck fight between the big two while some have projected victory for the Rahul Gandhi-led party.
6:00 AM: Counting of postal ballots will begin at 8 am on Tuesday and half-an-hour after they are counted, the process to count votes from the Electronic Voting Machines (EVMs) will begin in Chhattisgarh Assembly Elections.

The highest number of 30 candidates have locked horns in the Rajnandgaon constituency, while the lowest number of five nominees are fighting it out in Bastar and Kondagaon seats each. The keenly-watched constituency will be Rajnandgaon, where Chief Minister Raman Singh of the ruling BJP and Congress candidate Karuna Shukla, niece of former prime minister late Atal Bihari Vajpayee, are in the fray. Stakes are very high for the BJP on these 18 seats as it had lost 12 of them in the last polls in 2013. In the last Assembly polls, of the total 90 seats, the BJP had won 49 seats, Congress 39, BSP 1 and independent 1. 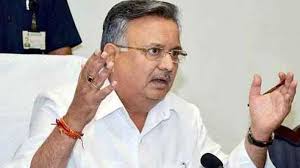 Besides, Ajit Jogi is contesting from Marwahi, his wife Renu Jogi from Kota while his daughter-in-law Richa Jogi is a BSP nominee from Akaltara seat. In the second phase, the highest number of 46 nominees contested in the Raipur city south seat, while the lowest number of six fought in the Bindranavagarh seat. 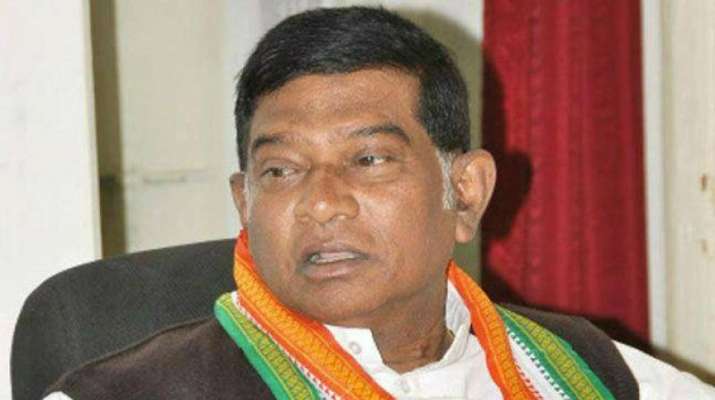 Of the 90 Assembly segments, 51 are general while 10 are reserved for Scheduled Castes and 29 for Scheduled Tribes. As per the final electoral rolls, total 1,85,59,936 voters, including 92,95,301 males, 92,49,459 females and 1,059 third gender voters, will be exercising their franchise.There are 19 constituencies where more than two ballot units were used in the Electronic Voting Machines (EVMs) as more than 16 candidates are in the fray there. Similarly, more than three ballot units were used in three constituencies as over 32 candidates are contesting from there.

History of polling and successive governments in Naxal-hit state