Bombay HC has granted bail to Aryan Khan after hearing the arguments for 3 days. At present, Aryan is lodged at the Arthur Road Jail along with another accused Arbaaz Merchant. Whereas, Munmun Dhamecha is at Byculla women prison.

Bombay High Court on Thursday (October 28) granted bail to Aryan Khan, Munmun Dhamecha and Arbaaz Seth Merchantt, in connection with the drugs on cruise case. Following the conclusion of the arguments presented by lawyers of the three accused, Additional Solicitor General of India (ASG) Anil Singh, who represented the Narcotics Control Bureau (NCB), responded to their arguments in the court today. Meanwhile, after the court session ended, the excited fans took to various social media platforms and expressed their happiness.

Here's how they reacted:

Shah Rukh Khan and Aryan Khan's fans gathered outside the superstar's bungalow to celebrate and cheer. 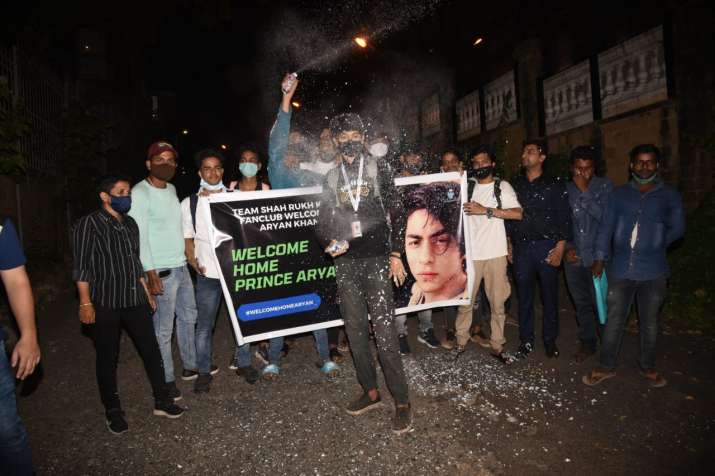 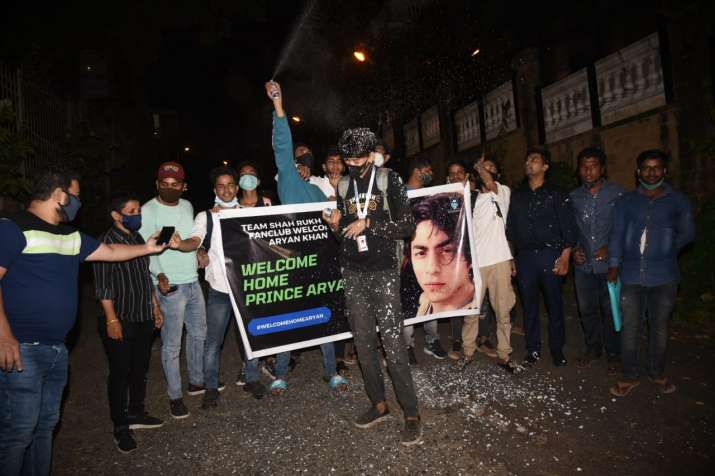 Soon after the order, which came more than 20 days after Aryan's arrest in the case of seizure of banned drugs aboard a cruise ship off the Mumbai coast, fans started to arrive outside Shah Rukh's residence, Mannat, where nearly 20 cops were posted to keep the crowd in control.

Arguing before Justice Nitin Sambre, Former attorney general of India, Mukul Rohatgi, who presented Shah Rukh Khan's son in the court has said that Aryan Khan was invited as the guest for the Cruise party from where the NCB arrested him following a raid. Rohatgi insisted that there was no recovery of drugs from Aryan, nor any medical test was conducted, hence, the star kid was 'arrested wrongly'. Rohatgi added, there was a cruise from Bombay to Goa, Aryan Khan was invited to the cruise as a guest. He was invited by Prateek Gaba. SRK's son gets bail after three weeks in jail

A special court in Mumbai earlier refused to grant bail to Aryan and two others in connection with the seizure of drugs. Following this, Aryan Khan moved a bail application in the Bombay High Court against the NDPS court order on his bail rejection.

An NCB team busted an alleged drugs party on the Cordelia Cruise ship which was on its way to Goa at mid-sea on October 2. A total of 20 people, including two Nigerian nationals, have been arrested so far in the case.