Oppo K1 will be launching in India on 6 February that will feature an in-display fingerprint sensor and could be priced below Rs 20,000.

Oppo is all set to launch a new mid-range smartphone called the Oppo K1 in India. The phone was tipped on Flipkart recently and will be making its way on 6th February. The company had announced the phone first in China back in October last year. This will be an affordable device that will feature the in-display fingerprint scanner. 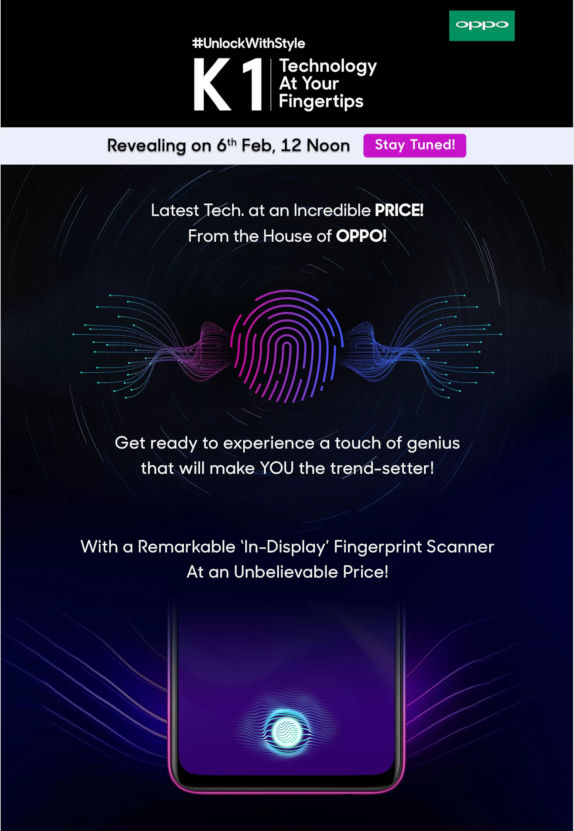 The Oppo K1 gets a dual rear camera set up which includes a 16 Megapixel rear camera with LED Flash along with a secondary 2 Megapixel camera. On the front is the 25 Megapixel front-facing camera and gets other connectivity options like Dual 4G VoLTE, WiFi 802.11 ac (2.4GHz + 5GHz), Bluetooth 5 and GPS + GLONASS. The phone houses a 3600mAh battery and comes in two colour options of Van Gogh Blue and Mocha Red colours.

Reports suggest that the phone will be priced less than Rs 20,000.